When we think of famous psychological scientists, names like Tim Duncan, Albert Einstein, and the Dalai Lama don’t typically come to mind. The field of psychological science is expansive and popular among researchers and universities, but unbeknownst to most, actors like Lisa Kudrow, Natalie Portman, and Colin Firth, politicians like Elizabeth Warren and Ben Carson, and even one of the founding fathers of the United States, Benjamin Franklin, have published work in psychology. 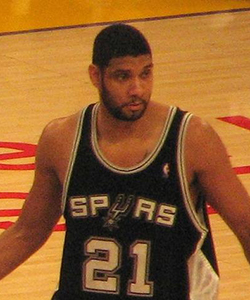 For instance, while playing for the Wake Forest University basketball team, recently retired NBA icon Tim Duncan coauthored a chapter titled “Blowhards, Snobs, and Narcissists: Interpersonal Reactions to Excessive Egotism” with social psychologist and APS Fellow Mark Leary. The chapter was published in the book Aversive Interpersonal Behaviors. In it, Duncan and Leary delineate narcissism, explaining that egotistical behaviors tend to arise from “a sincere, but usually mistaken, belief that one is better than others,” from the effort to leave a positive impression, and from the drive to defend oneself against deep-seated feelings of inferiority. 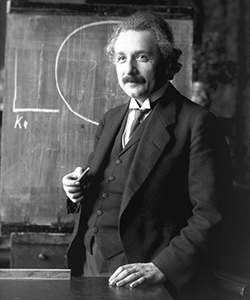 Albert Einstein, known for his revolutionary formula E=MC2, his theory of relativity, and his work on the Manhattan Project, exchanged letters with Sigmund Freud about the sociological and psychological causes of war and various ways to prevent it. The letters were published by the International Institute of Intellectual Cooperation in 1933, and in them Einstein warned about the hazards of “unchecked craving[s] for psychological power among the governing [elite]” and the “need to transfer this power to a much larger international authority charged with resolving conflicts.” It seems that his incredible intellect wasn’t limited to physics. 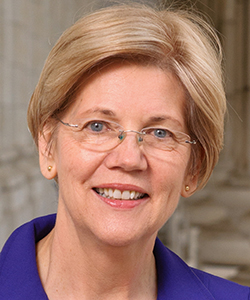 Elizabeth Warren, the first female senator of Massachusetts and a former Harvard University law professor, also dabbled in psychological science, coauthoring an article on illness, injury, and bankruptcy. Warren and colleagues focused on bankruptcy, her primary scholarly interest, and reported that roughly half of the 1,771 personal files for bankruptcy they surveyed included citations of medical and psychological problems as reasons for financial predicaments. Mental illness, behavioral problems, and gambling were among the causes cited.

William “Bill” Bennett, the former Secretary of Education under President Ronald Reagan, former Director of the Office of National Drug Control Policy under President George H. W. Bush, and conservative pundit published an article on the role of family during child development. Bennett discussed the role of family — specifically parents — during problematic periods such as out-of-wedlock births, declining achievement, and disciplinary problems. In the article, Bennett made the argument that family should take precedence over the federal government when decisions about the well-being of the child must be made. 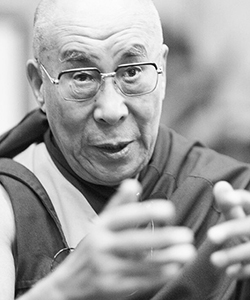 The Dalai Lama is a prominent religious figure and icon around the world, but he also sat down for a series of conversations with renowned APS William James Fellow Paul Ekman that were published in the book Emotional Awareness: Overcoming the Obstacles to Psychological Balance and Compassion. During their talks, Ekman and the Dalai Lama discuss the links between Buddhism and the psychological science of emotion, often focusing on the mindfulness aspects of Buddhism and examining how those approaches can enhance compassion and well-being. 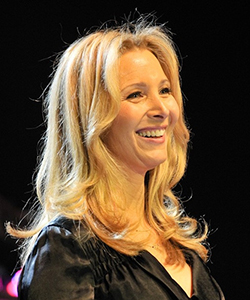 Friends actress Lisa Kudrow teamed up with her neurologist father Lee Kudrow and two colleagues to investigate the relationship between handedness and both cluster and migraine headaches. (The Kudrows both suffered from frequent migraines.) In their study, they reported that the two groups of headache sufferers did not differ significantly from each other or from the expected proportion of handedness. 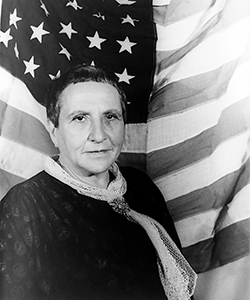 The famous novelist, poet, playwright, and art collector Gertrude Stein also had a short career as a psychological scientist under the tutelage of William James, often referred to as the “father of American psychology.” In her research, Stein used a Ouija-board-like device to study unconscious motor movement. At the time, unconscious motor movements were thought to be a sign of psychopathology, but her research showed otherwise, proving that when engaged in conversation or reading a dense novel, all people can make subconscious movements spontaneously.

Henry Louis “Skip” Gates, Jr., a chaired professor of the English department at Harvard who earned an Emmy for his six-part PBS documentary The African Americans: Many Rivers to Cross, is another prominent author, historian, and cultural critic who has delved into psychological science. In an interview-based article, APS Past Board Member Claude Steele talked with Gates about stereotype threat, a social phenomenon in which a negative stereotype regarding a person’s identity is activated. The two men discussed what harmful impacts it has on achievement and functioning for African American youth.

These examples are but a few of the interesting tidbits Lilienfeld and Lynn uncovered that will certainly serve as great psychological trivia. To read more about Colin Firth’s research on structural brain correlates of political orientation or how both James D. Watson and Sir Francis Crick became interested in mental health, neural circuitry, and consciousness after their discovery of the structure of DNA, or to peruse Carl Sagan’s article on “psychological reasons for paranormal claims,” take a look at the new Perspectives on Psychological Science article.

You Probably Made a Better First Impression Than You Think

After we have conversations with new people, our conversation partners tend to like us and enjoy our company more than we think.

How Other People’s Investments Can Elicit the Sunk-Cost Fallacy

A researcher looks at the interpersonal side of our tendency to avoid sunk costs.

A researcher takes a fresh look at why people often persist with an unpleasant or unprofitable endeavor because they don’t want the resources they’ve already invested to go to waste.