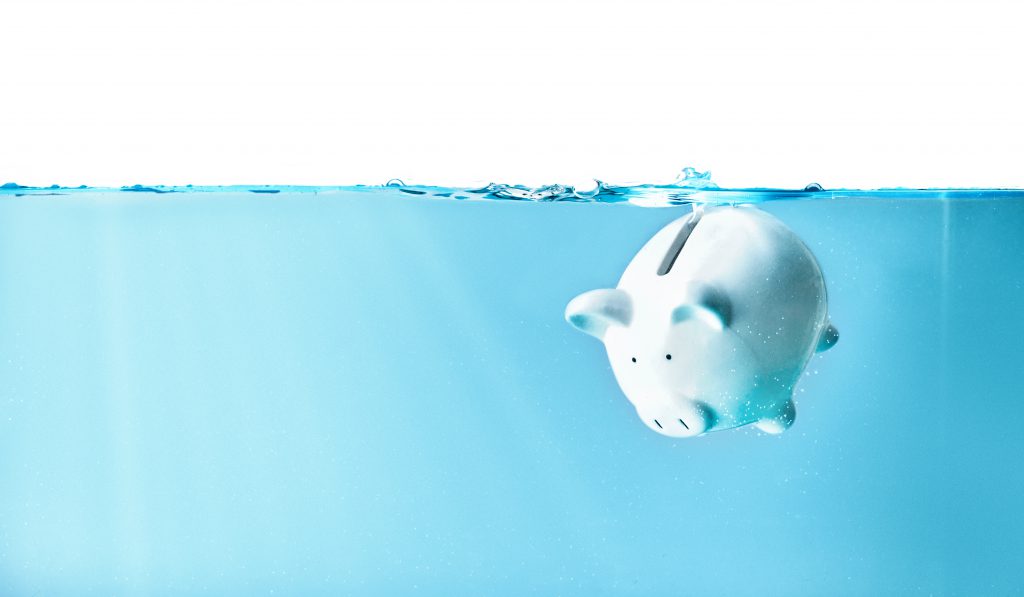 You rent a movie, only to realize 20 minutes in that it’s a terrible film – but you keep watching it anyway. You wait in a long line for a new takeout taco place, and once you’re home you discover that the food is so spicy it makes your face turn red. But you eat the tacos anyway, tears and all.

Against all rational thinking, a person may pursue an unenjoyable venture just because he or she spent time and money on it that cannot be recovered. This is the sunk-cost fallacy, a phenomenon that can influence people to persist with an unpleasant or unprofitable endeavor because they don’t want the resources they’ve already invested to go to waste.

Nearly all existing research on the sunk-cost fallacy considers it to be an intrapersonal phenomenon. Proposed explanations, such as regret aversion and self-justification, suggest that the phenomenon occurs because of one’s own investments. Few studies have considered the idea that the sunk-cost fallacy could be interpersonal as well, driven by other people’s investments.

In a study published in Psychological Science, Christopher Olivola of Carnegie Mellon University illustrates an instance of interpersonal sunk-cost fallacy:

“Imagine, for example, receiving a rather gaudy and uncomfortable sweater from a well-intentioned cousin,” he says, “and consider how your willingness to keep it and wear it at family events would be affected by learning that she had saved a month’s salary to purchase it.”

If the sweater, the movie purchase, or the tacos were purchased by someone else, would you respond as if you had bought them yourself?

Olivola suggests that honoring another person’s inferior investment is just as illogical as honoring your own. Interpersonal sunk-cost fallacy may have even greater consequences: Not only are you pursuing something that’s unenjoyable, but the person who made the investment could become unhappy knowing you’re not having a pleasurable experience and may even take responsibility for your unhappiness.

In a series of experiments, Olivola looked for evidence of interpersonal sunk-cost fallacy. Participants in each experiment read a scenario and decided which option to pursue. Each scenario varied in the presence and size of a sunk cost, as well as whether the investor was the participant or another person.

The first experiment attempted to observe a baseline relationship between sunk cost and the investor. In one scenario, participants imagined they were at a potluck. They served themselves a slice of chocolate amaretto Kahlua cheesecake, which was so rich that they were full after a couple bites. In the scenario, either they or a friend had found the $50-value cake on sale for $15 at a local bakery or could only buy it for $60 at a bakery 45 minutes away. Participants then had to choose whether they would finish the slice of cake despite feeling full.

In the second experiment, participants imagined that they had nonrefundable and nonexchangeable tickets for two round-trip flights, one to Cancun and one to Montreal. The two trips were accidentally booked on the same weekend, either by the participant or by the participant’s friends. The Cancun trip was either more expensive, the same price, or less expensive than the Montreal trip, although the tickets were all economy class seats of equal quality. Participants chose which trip they would take, and then indicated what their desired choice would be if no sunk costs were involved.

The results revealed that when participants themselves purchased the ticket, they were more likely to choose their less preferred trip if it was more expensive than the more preferable option, compared to when it was less expensive or equally priced. And the same pattern emerged when friends had purchased the ticket instead.

Findings from a third experiment, in which participants decided whether to continue investing in cello lessons or in a research project at an airline company, showed additional support for the interpersonal sunk-cost effect.

In all these scenarios, the “other” person was a close family member, friend, or colleague. Does personal familiarity make a difference?

In a fourth experiment, participants read a version of the potluck scenario, with the more expensive cake option increased to $75 at a bakery 55 minutes away. In a slight twist, the scenario also described whether the person who bought the cake was the participant or one of three others: a friend, an acquaintance from work, or a stranger. There was an expected sunk-cost fallacy when the participant was the one who had purchased the cake. A sunk-cost fallacy occurred when another person had made the investment, but there was no obvious effect of social closeness on the likelihood to keep eating the cake.

The results of these studies suggest a new dimension to research on sunk-cost fallacy, Olivola says, that should be incorporated into previous theories and explanations.