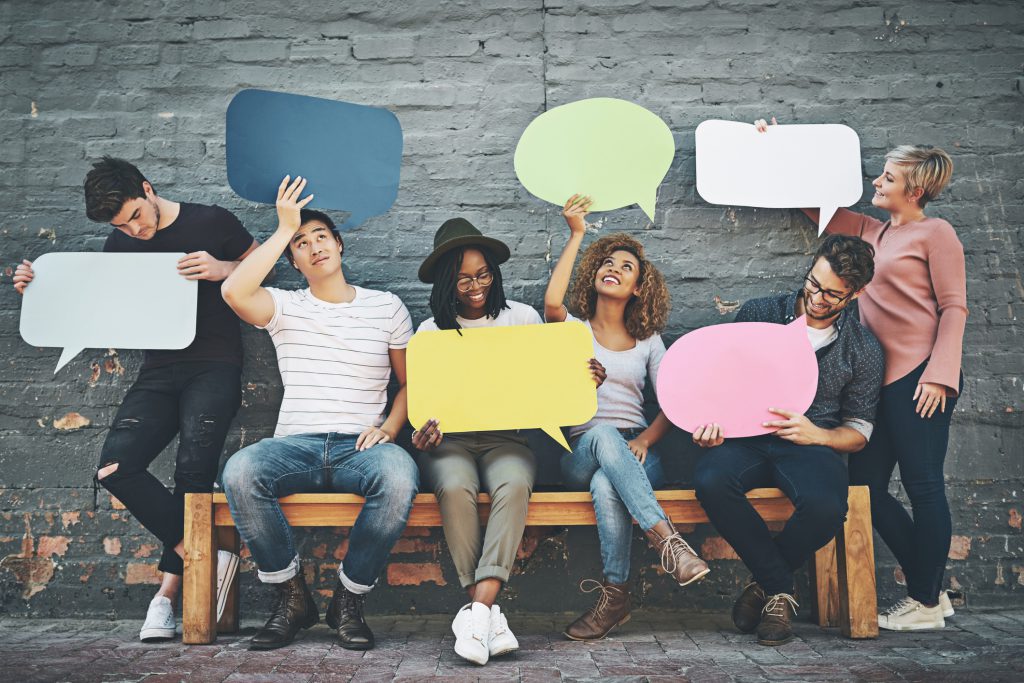 People who engage in more substantive conversations tend to be happier, according to research published in Psychological Science, a journal of the Association for Psychological Science. The research also shows that idle small talk is not necessarily negatively related to well-being, contrary to previous findings, said study coauthor Matthias Mehl, a professor of psychology at the University of Arizona.

The new research revisits a small study of 79 college students that Mehl published in 2010, which suggested that more meaningful conversations were linked to greater happiness, while more small talk was linked to unhappiness.

The new study, with a larger and more diverse sample size of 486 people, confirms that quality conversations are indeed linked to greater happiness, but found that small talk seems to have no relationship with happiness one way or the other.

The results hold true for both introverts and extroverts, Mehl said.

“We do not think anymore that there is an inherent tension between having small talk and having substantive conversations. Small talk didn’t positively contribute to happiness, and it didn’t negatively contribute to it,” said Mehl, who carried out the work alongside lead author Anne Milek, who was a postdoctoral researcher in Mehl’s lab from 2016 to 2017.

“With this study, we wanted to find out whether it is primarily the quantity or the quality of our social encounters that matters for one’s well-being,” said Milek, who is now a senior research scientist at the University of Zurich in Switzerland.

The researchers’ findings are based on an analysis of four separate studies, in which snippets of audio were collected from participants’ daily interactions. The study participants included college students; breast cancer survivors and their partners; recently divorced adults; and healthy adults participating in a meditation intervention.

Upon waking until bedtime, participants in each study wore what is called the EAR, or Electronically Activated Recording, device, which is set to turn on intermittently for short periods of time throughout the day to capture candid moments of daily interactions. The EAR was developed by Mehl to help psychologists capture behavioral data.

The research team coded the conversations recorded by the EAR to determine whether they were substantive.

“We define small talk as a conversation where the two conversation partners walk away still knowing equally as much – or little – about each other and nothing else,” Mehl said. “In substantive conversation, there is real, meaningful information exchanged. Importantly, it could be about any topic – politics, relationships, the weather – it just needs to be at a more than trivial level of depth.”

Overall, study participants who engaged in a greater number of substantive conversations were happier, regardless of whether they had more introverted or extroverted personalities.

“We expected that personality might make a difference, for example that extroverts might benefit more from social interactions than introverts or that substantive conversations might be more closely linked to well-being for introverts than for extroverts, and were very surprised that this does not seem to be the case,” Milek said.

“Conversation quantity and quality are related to well-being,” said Mehl.

“We replicated that people who spend a lot of time alone are less satisfied with their lives and have lower well-being,” Mehl said. “People who spend more time interacting and have more meaningful, substantive conversations are more satisfied. The happy life is social, rather than solitary, and meaningfully so.”

Although small talk didn’t have any direct link to participants’ well-being, it may still be important, in that it can help lay the groundwork for more substantive conversations, Mehl said.

“I think of it like this: In every pill, there’s an inactive ingredient, and it’s a nice metaphor, because you cannot have the pill without the inactive ingredient,” Mehl said. “We all understand that small talk is a necessary component to our social lives. You cannot usually walk up to a stranger and jump right into a deep, existential conversation because of social norms.”

“I would like to experimentally ‘prescribe’ people a few more substantive conversations,” he said, “and see whether that does something to their happiness.”

And people wonder why Chris Ferguson wrote: Ferguson, C.J. (2015). “Everybody knows psychology is not a real science”: Public perceptions of psychology and how we can improve our relationship with policymakers, the scientific community, and the general public. American Psychologist, 70, 6, 527-542.

Gigerenzer, G. (2018). Statistical rituals: The replication delusion and how we got there. Advances in Methods and Practices in Psychological Science, 1, 2, 198-218.

As hard as the APS might try to look ‘rigorous’ in its approach to investigative science, and the increasing spin of its “look how tough we are” clerical approach, it’s all rather pointless while psychological trivia is presented as “standout”.