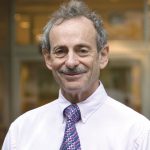 APS Fellows Richard M. Shiffrin and Barbara Dosher are the recipients of the National Academy of Sciences (NAS) 2018 Atkinson Prize in Psychological and Cognitive Sciences for their pioneering work on memory, attention, and learning. This biennial prize is awarded in recognition of advances in the psychological and cognitive sciences that have significantly influenced the formal and systematic theory of these fields.

Shiffrin, Luther Dana Waterman Professor of Psychological and Brain Sciences at Indiana University, began his work on human memory in 1968, when he proposed the Atkinson–Shiffrin model of modal memory alongside APS William James Fellow Richard C. Atkinson, whose grant to the NAS resulted in the creation of this award. He has since become known as one of “the world’s foremost scientists in the field of human memory,” contributing substantially to psychological scientists’ understanding of how memory is stored, retrieved, classified, and altered by experiences.

Dosher is a professor of cognitive sciences and dean of social sciences at the University of California, Irvine. The unique methodologies she has used to research the speed and accuracy of cognitive tasks, the mechanisms underlying attention and perceptual learning, have since been adopted throughout the field. Her novel models of neurology and behavior have been consistently validated by advances in mathematics and computation tools.

Josh McDermott, a professor of cognitive science at the Massachusetts Institute of Technology, received the NAS Troland Research Award alongside Marlene R. Cohen, a professor of neuroscience at the University of Pittsburgh, for their research on human hearing and how the brain processes visual information, respectively.