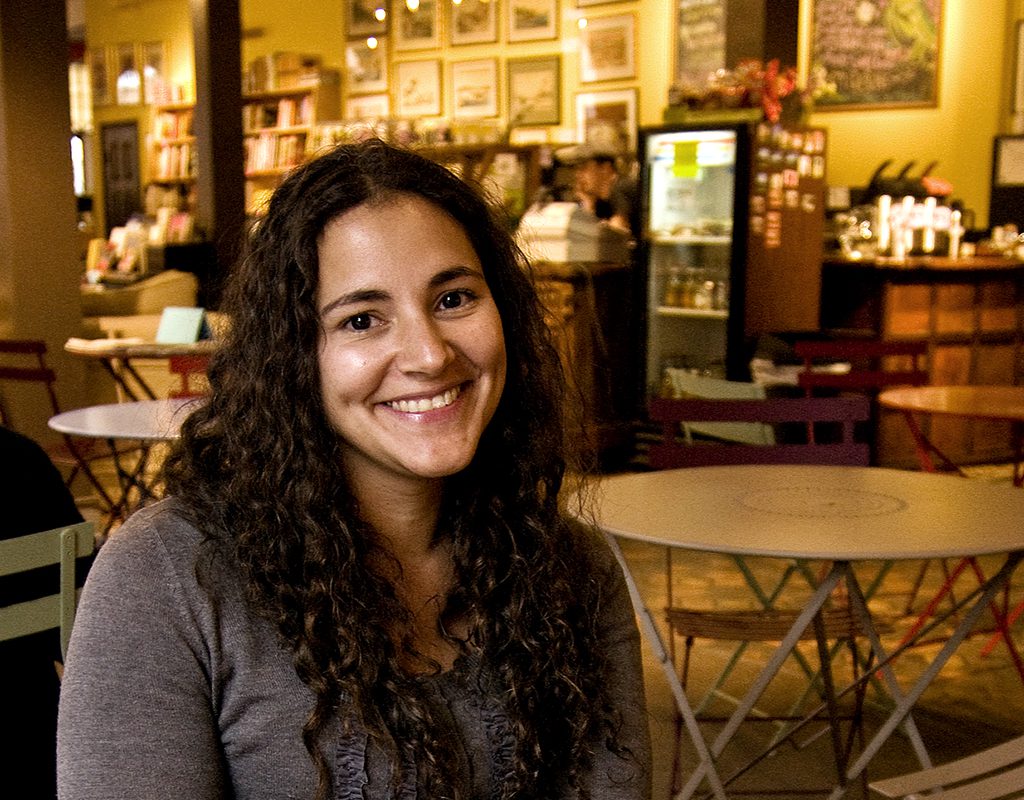 Over the span of one week in January 2018, Psyc 157: Psychology and the Good Life, became the most popular course in Yale University’s  300-year history–now, anyone can learn how to apply the psychological science of happiness to their own lives for free online through Coursera. APS Fellow Laurie Santos, a professor of psychology and cognitive science, began developing the course after her work as head of one of Yale’s residential colleges brought the mental health struggles of students on campus into focus.

“That was when I really saw the need for this kind of work. When you work closely with students you realize that they are really a little more stressed and overwhelmed than professors often realize, and that was really frustrating because psychology has a lot of answers,” Santos says.

The first half of the course focuses on asking questions about what really makes people happy and what, unexpectedly, doesn’t do much for wellbeing. Social connection, finding meaning, and taking time for mindfulness have proven to be essential components to life satisfaction, Santos says, while the achievements people often strive for, such as a higher salary, have been shown to do little to keep us content in the long term.

This goes for aspects of student life as well:

“Everyone thinks if they had the perfect grades they would magically be happy, but in practice circumstances like that matter a lot less,” Santos explains.

Unlike most psychology courses, Psychology and the Good Life doesn’t stop at discussing researchers’ findings and methods. In the second half of the course, students explore how to apply what they have learned to their own lives through projects and “rewirements,” which encourage students to experiment with proven practices such as meditation.

“The students are assigned these very practical steps to do each week and that’s what really seems to make the difference. It’s not just knowing the science but really putting that science into practice,” Santos says.

During the “Hack Yourself” project, for example, students are asked to carry out happiness interventions in their own lives, and write up a research report on the results. Common goals included exercising more and increasing social connection, Santos says, and one student even came up with a plan to encourage “creative gratitude” by taking time to paint or draw something she was grateful for each night.

This level of engagement demonstrates the potential for psychology education to play a role beyond the “ivory tower” of university life, Santos says.

“Students are really hungry for seeing how they can apply the science in their own lives,” she continues. “I think that’s something we as psychology experts should think more about.”

The first offering of Santos’s course may be over, but she says the impact of “Psychology and the Good Life” has just begun for online students around the world.

I was disappointed seeing that Santos, a neurobiological scientist was using Seligman as her resource, not resources like Sapolksy and Barrett.

Let me see if I got this right?

This class made you unhappy?

Maybe you can try meds.

Dr. Santos’ course and happiness Lab podcast have been life changing for me, regardless of her sources…

I read a article in the AARP magazine “Happiness in hard times “ by Sari Harrar and I had to say that the article was talking about me! Just reading the article help me a lot. Thanks to Sari for all the help.

Science in Service: Making Noise That Can’t Be Missed