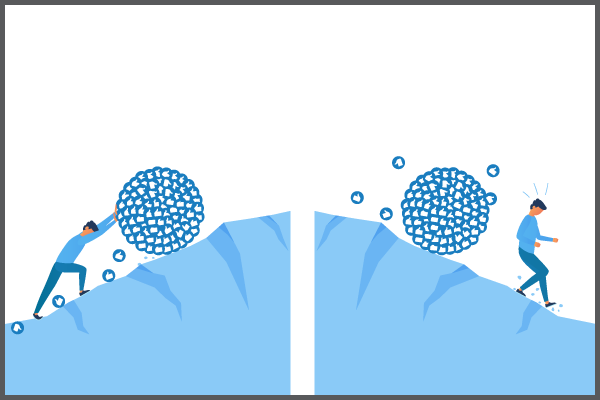 Social media users are abuzz over news that Facebook is considering hiding one of its most engrossing features — the “like” count on posts. And many media outlets speculate that the move stems from psychological findings on the emotional and neurological effects of the proverbial thumbs-up icon

The social media giant has confirmed to journalists that it is testing the removal of like totals, something it has already tried with its Instagram photo-sharing app. Under this setup, only the person who posts a piece can see the number of “likes”. They won’t be visible to the users’ Facebook friends. In essence, a user won’t have to worry about friends seeing a paltry number of thumbs-up, hearts, or emoticons on one of their posts.

Facebook says it wants its users to focus purely on posting and sharing, and not on amassing “likes”. But the strategy emerges as researchers increasingly uncover the psychological effects that social media interactions can have on well-being, particularly for adolescents. In fact, a study published in Psychological Science looked specifically at the influence of “likes”.  Scientists at the University of California, Los Angeles found that when teenagers see large numbers of “likes” on their own photos or the photos of their peers, their brains reacted in the same way they would when eating chocolate or winning money.

The researchers, led by Lauren Sherman at the UCLA branch of the Children’s Digital Media Center, Los Angeles, recruited 32 teenagers ages 13-18 and told them they were participating in a small Instagram-like social network. The participants were shown 148 photographs on a computer screen for 12 minutes, including 40 photos that each teenager submitted, and analyzed their brain activity using fMRI. Each photo also displayed the number of “likes” it had supposedly received from other teenage participants — in reality, the number of “likes” was assigned by the researchers.

Results of the brain scans showed considerable activity in a region of the striatum called the nucleus accumbens, part of the brain’s reward circuitry, she said. This circuitry is thought to be particularly sensitive during adolescence. When the teenagers saw their photos with a large number of “likes”, the researchers also observed activation in regions that are known as the social brain and regions linked to visual attention.

Additionally, Sherman and her team examined peer influence. For example, they showed half the teens a photo with many “likes”, and the other half the same photo with only a few thumbs up icons. When they saw a photo with more “likes”, the participants were significantly more likely to like it themselves.

Other research has identified more negligible effects of “like” counts. In a study several years ago, psychological scientists Fenne Grosse Deters of University of Potsdam in Germany and Matthias R. Mehl of the University of Arizona recruited undergraduates to fill out surveys designed to measure their levels of loneliness, happiness, and depression. The participants also gave the researchers access to their Facebook profiles. Some students were then told to post more than usual over the following week, while others were given no instructions. At the end of each day, participants complete a questionnaire about their mood and level of social connection.

Deters and Mehl found that students who posted more status updates showed no changes in their levels of happiness and depression during the week, but showed lower levels of loneliness compared to the control group. And that loneliness drop applied no matter how many “likes” their updates garnered.

Notably, Facebook’s consideration of a new approach to “like” counts doesn’t appear to eliminate some key concerns about social media’s impact on well-being. Yes, the proposed strategy may reduce your sense of jealousy at the massive number of emoticons a Facebook friend earns from their posts – and yes, it may well eliminate the risk of embarrassment over a low “like” count on your own posts too. But you’ll still see those “like” counts yourself. That in and of itself can heavily influence your feelings.

Cornell University psychological scientist Anthony Burrows identified an important attitude that could influence a person’s emotional reaction to their “like” numbers; possessing a strong sense of purpose in life may make social media feedback relatively unimportant. In one part of a study published in 2016, Burrows and graduate student Nicolette Rainone had 102 undergraduate students complete measures of their sense of purpose, and then had the participants take a snapshot of themselves. The students then posted the “selfies” to a mock Facebook site. They were randomly told that their photos received either atypically high, low, or average “like” numbers.  Results showed that those who scored low on a purpose-in-life measure were more likely to show a boost in self-esteem when they received a large number of “likes”. The feedback didn’t seem to affect self-esteem at all for people with a stronger sense of purpose. The findings suggest that some individuals rely on approval from others for a sense of meaning that they might otherwise lack.

If you “like” this, read more findings about the psychological effects of digital media.

This is an interesting article. I think hiding the number of likes on other people’s post so that each person can only see how many likes their own posts received is an idea of good intention. Although it does not completely remove the effect of how many likes one’s posts received has on some outcomes such as loneliness and self-esteem, but I do think it blurs the frame of reference. If you are not seeing how many likes your friends are getting, it’s hard to feel bad for the number of likes your posts received. However, many users will have an intact frame of reference for how many likes is a lot and how many is too few for a while, so the aforementioned effect might not take place until much later. Nevertheless, I think people who receive a lot of likes and wish to show off can always take a screenshot and post it as an image, so there is always a way around this.