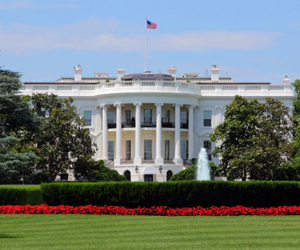 Behavioral science will have an increasingly integral role in the way the US government operates and provides services under a new set of actions by the White House.

The President’s action means federal agencies will have to develop, rigorously test, and evaluate strategies for applying behavioral science insights to ease American’s access to federal programs through such methods as simplified communications and options that are made clear and user-friendly.

“A growing body of evidence demonstrates that behavioral science insights – research findings from fields such as behavioral economics and psychology about how people make decisions and act on them – can be used to design government policies to better serve the American people,” Obama’s Executive Order states. “By improving the effectiveness and efficiency of Government, behavioral science insights can support a range of national priorities, including helping workers to find better jobs; enabling Ameri­cans to lead longer, healthier lives; improving access to educational opportunities and support for success in school; and accelerating the transition to a low carbon economy.”

The order builds off the work of the SBST, whose new annual report details its first round of projects that employ behavioral science insights to improve program outcomes. These projects were conducted in collaboration with such agencies as the departments of Defense, Education, and Veterans Affairs. Many of the projects are based on the social and cognitive psychology that underlies a behavioral economics approach centering in part on the premise, as APS William James Fellow and Nobel Laureate Daniel Kahneman explained in a September 15 White House symposium, that people behave in their best interests when they’re induced, rather than compelled, to do so.

“When it comes to changing behavior, you can either increase pressure or reduce resistance,” Kahneman said at the event, titled Using Behavioral Science Insights to Better Serve the American People. “And reducing resistance is always better.”

Among the strategies that SBST and the agencies tested were:

“As a result of these projects, more Servicemembers are saving for retirement, more students are going to college, more Veterans are accessing their benefits, more farmers are obtaining credit, and more families are gaining healthcare coverage,” says Maya Shankar, Senior Advisor for the Social and Behavioral Sciences at the White House’s Office of Science and Technology Policy (OSTP).

The intensified governmental emphasis on behavioral science arises in large part from a May 2013 White House workshop, Psychological Science and Behavioral Economics in Service of Public Policy, held in conjunction with the 25th APS Annual Convention. That workshop brought together psychological scientists, behavioral economists, and government leaders in Washington, D.C., to discuss how to incorporate behavioral empiricism into policymaking. APS was an organizer of the event along with OSTP, the National Institute on Aging, and the White House Council of Economic Advisers. The workshop included presentations from some of the leading figures in psychological science and behavioral economics, including Kahneman and APS Past Presidents Walter Mischel, Susan Fiske, John Cacioppo, and Elizabeth Phelps.

That event, the creation of the SBST, and the Executive Order all signal government leaders’ strong respect and interest in the insights of behavioral scientists.

“Among other things, this initiative is a recognition that behavior is at the heart of so many issues that are of central concern to the nation, from financial security to health to energy conservation,” said Sarah Brookhart, APS Executive Director. “Equally important, it is a recognition of the important role of psychological science and other behavioral science disciplines in improving the circumstances of individuals, families, and society.”

For its second year of operation, the SBST has more than 20 new projects planned with such agencies as the Social Security Administration, the US Census Bureau, the Federal Emergency Management Agency, the US Agency for International Development, and the departments of Education and Energy.

For more information about the Executive Order and the SBST, visit https://sbst.gov/.