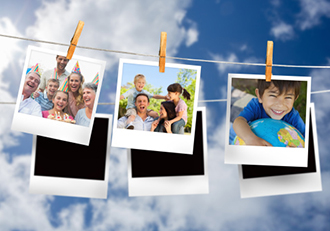 Perception often is thought of in terms of sensory stimuli — what we see, hear, and smell — but it extends beyond the five senses, including complex function of emotional perception. We also can turn this perception inward, toward our own appraisal of an emotional stimulus.

Thus, emotional perception can be split into two categories depending on the direction of attention: Focusing our attention outward to stimuli in our external environments is known as external perceptual orienting (EPO), while interoceptive self-orienting (ISO) is the opposite — directing our attention toward our own internal appraisal of a stimulus. Neuroscientists have been able to link these distinct attentional orientations to specific neural patterns in the brain. Although EPO generally is mediated by sensory and subcortical regions such as the amygdala, ISO has been linked to activity in so-called salience network areas such as the anterior insula (AI) and the dorsal region of the anterior cingulate cortex (dACC).

To fill this gap, Carla Pais-Vieira, Erik A. Wing, and Roberto Cabeza of the Center for Cognitive Neuroscience at Duke University examined how turning our awareness inward versus outward affects the formation of emotional memories in an article in Social Cognitive and Affective Neuroscience.

In order to confirm the effect of attentional orientation on emotional perception, the authors had subjects view photos of different emotional salience (positive, neutral, negative) and asked them to either rate the brightness of the photo, which utilized EPO, or how much they were moved by the photo, a determination that required ISO. Functional magnetic resonance imaging (fMRI) data was collected from participants while they completed the task.

As expected, the authors found that the amygdala was more active when subjects viewed emotionally charged photos than neutral ones in both the EPO and ISO conditions; the amygdala plays a significant role in emotional processing regardless of attentional orientation. The AI showed a similar pattern of increased activation when viewing emotional images in the ISO condition, but not in the EPO condition.

To assess effects on memory, the subjects were later analyzed when they completed a retrieval task, during which they were presented with images, three quarters of which had been presented in the initial session and one quarter of which were new, and asked whether the image was “old” or “new.”

To measure brain activation patterns for memory formation, researchers often use subsequent memory effects, or SMEs. In this study, SMEs measured the difference in a subject’s brain activation when viewing an image that the subject later remembered during the memory testing versus viewing an image they later forgot. A positive SME in a particular brain region indicates that it participates in the successful retention of a memory.

The authors found that images that were emotionally positive or negative had greater SMEs, indicating they were remembered more successfully than emotionally neutral photos. Additionally, the analysis revealed that brain activation in the amygdala mediated the effect of this emotional salience on SMEs in both orientations, while the AI and the dACC showed this effect only in the ISO condition. This suggests that these regions contribute to the formation of emotional memories only when the person attends to their internal experience of the material.

Finally, the authors analyzed the connectivity of the relevant brain regions, which revealed that the enhancing effect of emotion on memory formation was mediated by increased connections between the amygdala and the dACC, but only for the ISO condition.

Taken together, the results imply that the formation of emotional memories relies on a similar pattern of brain activation as emotional perception, and that these patterns manifest differently and utilize different areas of the brain depending on whether a person’s attention is directed outward toward an external stimulus or inward toward their own appraisal of the stimulus. While the amygdala is involved heavily under either orientation, the salience-network regions of the AI and the dACC contribute only during the introspective orientation, and this contribution is mediated through increased connectivity between the amygdala and the dACC.

I found this work fascinating and applaud you for the dedication that went into this. Thank you for making this public. I would like to discover ways in which I can contribute to further research in this field (area).