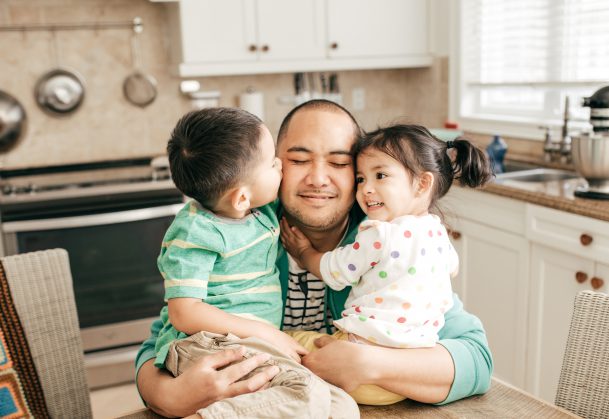 Oxytocin and dopamine have long been lauded as hormonal wellsprings of love and happiness, but a review of the research in Current Directions in Psychological Science suggests that the brain’s natural opioids may also play a role in the feelings of closeness that support social bonding.

Until recently, the majority of studies investigating the opioid theory of social attachment had been conducted with animals, limiting researchers to making inferences about animals’ feelings of closeness by observing behavior such as huddling, said Tristen Inagaki, a professor of psychology at the University of Pittsburgh. But the recent increase in social-pharmacology studies examining drugs like morphine and naltrexone, an opioids inhibitor used to reduce cravings in people recovering from addiction, has allowed researchers to further investigate the effect of opioids on humans’ subjective social experiences.

Participants assigned to read loving messages from friends and family, for example, reported fewer feelings of social connection after receiving naltrexone compared with a placebo. Naltrexone, the opioid blocker, was also found to reduce the positive influence that physical warmth —for example, from receiving a hug or holding a cup of coffee — on social bonding; it also appeared to reduce participants’ feelings of “coziness” and likeability after playing trust games.

Overall, these findings suggest that opioid activity in the brain may be at least partially responsible for the pleasurable feelings associated with social bonding, wrote Inagaki.

Findings are more mixed when it comes to opioids produced outside the body, however. Morphine, which binds to and activates opioid receptors, was found to lead men to perceive strangers as more attractive compared with naltrexone, but there has been little research on how exposure to pharmacological opioids may influence social behavior in established relationships.

“It’s not clear if morphine or other drugs that increase opioids also increase feelings of connection,” Inagaki explained. “If anything it seems like increasing opioids via drugs kind of replaces those feelings.”

Nonetheless, she continued, the present body of research surrounding naltrexone may have implications for the clinical use of opioid inhibitors to ease addiction recovery.

“Socially supportive relationships are really important for helping recovery and maintaining abstinence, but if an unintended side-effect of pharmacological treatment is also reducing how connected you feel to those people or how supportive you perceive them to be, that’s introducing potentially a significant additional barrier to recovery,” Inagaki said.

Social stressors are among the most common cause of addiction relapse, she added, so treatment options may need to address how to best maintain feelings of social connection among patients in recovery when their opioid activity is repressed by these medications.

Inagaki said she would also like to see further research on how opioids influence the experience of bonding within established relationships, where it appears to play a stronger role.

“Most of the studies reviewed assessed responses to socially distant strangers whom one will never interact with or see again, which is a fundamentally different experience than interaction with people one knows well,” she wrote.

This is a very interesting point that makes a lot of sense. I never really thought about the idea that giving medications to someone such as Naltrezone may affect how a person responds to social bonding. Some medications can totally alter the way people think about others in a cuddly way. It is one reason why medications should not be taken unless we truly know the side affect of them. Sometimes medications can make people feel more insecure about how they feel towards others whether it is with bonding or just overall body touching. If a medication can increase somehow increase abstinance in people, then there may be something seriously wrong with the medication that is being taken. People should be able to want to be close to other people. Not necessarily strangers, but people they know. I love cuddling with my friends, because for me, cuddling is a sense of comfort for me and I feel more secure with my feelings that way. I also find it interesting how there are also medications that increase the thought of social bonding. There must be something in that medication that makes your brain think that you are ready for something like that. If there are people who are unable to feel that feeling then why force it on them? Maybe they have a reason to not want to be close to other people. Perhaps they had a traumatic experience in the past. We really do not know. Messing with the brain in this way probably is not a good idea, but there is also no proof that it is a bad idea in the first place. Sure these medications mess with your brain, but it isn’t doing any harm and sometimes comfort from other people is a good thing. Just be sure what you are getting yourself into before you decide to mess with medications that could either hurt you or make you feel something stronger. Personally, this is quite interesting and I am curious to know how it truly affects people. How do people respond if they are rejected by others for wanting to be too close? Some people can’t handle that. How does this affect the brain and do we know what part of the brain this medication affects? What makes people want to be closer and bond in that way? It is all quite fascinating. Best part of psychology is not knowing what comes next.