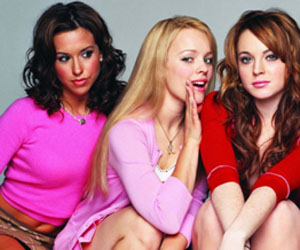 When females feel a threat of social exclusion, they are more likely than males to respond by forming other cliques and alliances to prevent their own exclusion.

No one likes to be excluded, women especially. A study published in Psychological Science found that when females feel a threat of social exclusion, they are more likely than males to respond by forming other cliques and alliances to prevent their own exclusion.

To investigate how men and women respond when faced with a social threat, psychological scientist Joyce F. Benenson of Emmanuel College and Harvard University, along with her colleagues, asked volunteers to play a game against two hypothetical partners in which they accumulated points for money. Volunteers had the option of playing by themselves (compete-alone option), forming an alliance with one of the opponents, or cooperating with both of the opponents (in this strategy, they would avoid competition but split profits three ways).

During the game, some of the volunteers were confronted with the possibility of social exclusion. When the compete-alone option was described, volunteers were told that by selecting this option, they would “run the risk of being excluded by the two others.” The description of the alliance option included the statement, “If you and your partner win, then the third player will be excluded and will not win any points.”

The results revealed that when volunteers received the standard instructions — without the social exclusion clauses — there was no difference among male and female volunteers in the number of times they chose to form an alliance with another player. However, when the exclusionary instructions were used, female participants chose the alliance option more often than did male volunteers.

Males tend to directly dominate an opponent while females may attempt to form an exclusionary alliance. So watch out ladies! If you try to exclude another woman, this study shows she’ll probably gather a group of friends to exclude you first.