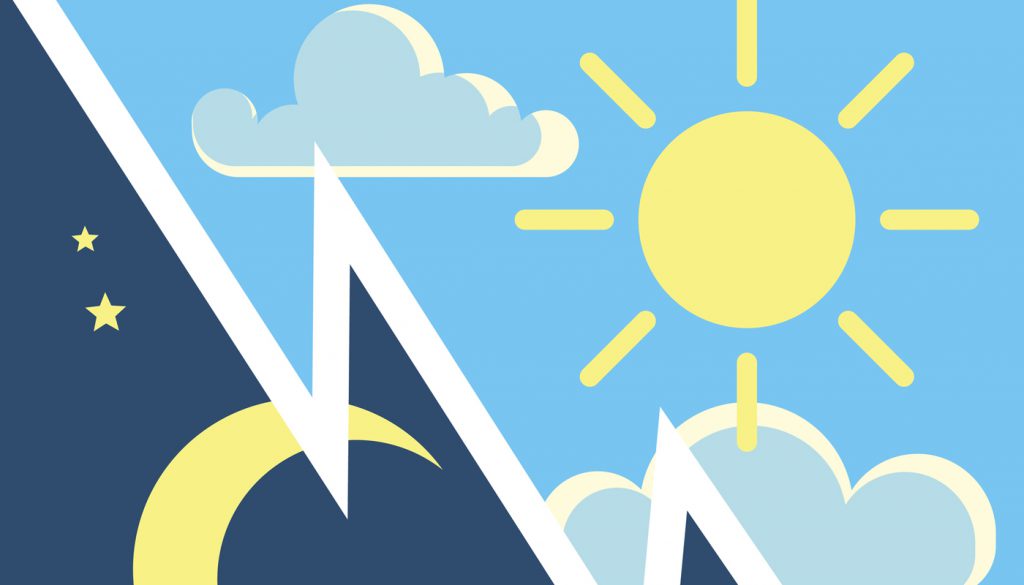 Bipolar disorder, like most psychiatric disorders, is characterized by the frequency and severity of its symptoms. Many people may exhibit characteristics of the disorder without meeting the criteria for a diagnosis, meaning they may be more likely to develop the disorder at some point.

Now, a study conducted by Ben Bullock and Greg Murray of the Swinburne University of Technology and published in Clinical Psychological Science reveals that one factor — instability in circadian rhythm — is one particularly strong predictor of vulnerability for bipolar disorder.

The researchers had over 350 participants complete a questionnaire intended to reveal vulnerability to bipolar disorder. Afterwards, the researchers then gave the top and bottom 10% — those most likely and those least likely to develop the disorder — a small wristband that would record their sleep/wake cycle and movement 24 hours a day for a week.

As predicted, the researchers found that the individuals in the top 10% were significantly more likely to show unstable sleep/wake cycles than individuals who were in the bottom 10%.

These new findings may help to inform the development of new therapeutic interventions for at-risk populations — strengthening and stabilizing activity rhythms may be one way to protect against bipolar, for instance.

Glad to see that there is more and more research confirming that this and many other ills are associated with impaired circadian bio-clocks. Maybe one day there will also be more research into how a lack of awareness of the passage of one’s local circadian and circalunar time can contribute to such disruptions, per what we are doing as described at TrueTyme.org?

A sample of research on posttraumatic stress disorder and patient progress in psychotherapy.