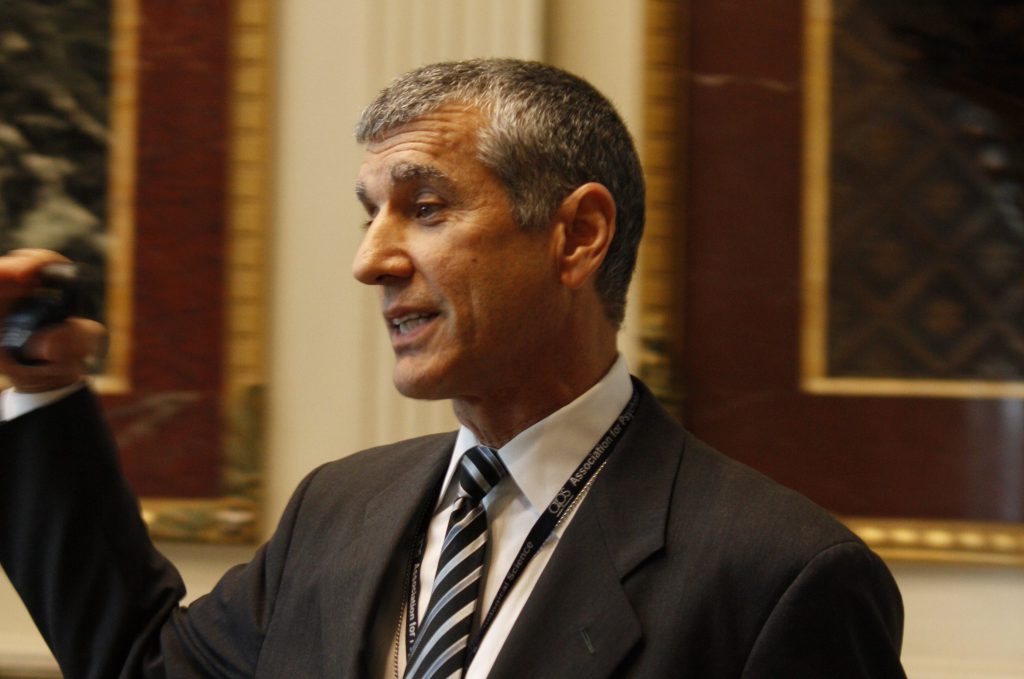 APS Past President John T. Cacioppo, a co-founder of the field of social neuroscience and a 2018 recipient of the APS William James Fellow Award,  died on March 5.

Cacioppo, the Tiffany and Margaret Blake Distinguished Service Professor of Psychology and of Psychiatry and Behavioral Neuroscience at the University of Chicago, studied the connections between the social and neural mechanisms underlying human behavior. He investigated how societal influences and personal relationships affect cognition and emotions.

Cacioppo’s research focused on understanding the neural, hormonal, and genetic mechanisms that motivate humans to interact and their effects on the mind, behavior, and health. These pursuits all fall under the umbrella of the social neuroscience field that he founded in collaboration with psychological scientist Gary Berntson of Ohio State University. His most recent research focused on the adverse effects of social isolation and loneliness on our well-being.

As APS President in 2007-08, Cacioppo authored a Presidential Column on psychological science as a hub discipline. That column continues to be among the most influential and widely read articles on the importance of collaboration and multidisciplinary research.

In 2013, Cacioppo was among some of the world’s leading figures in psychological and economics research to gather at a White House workshop to to discuss how to incorporate psychological empiricism into policymaking. APS was an organizer of the event along with the White House Office of Science and Technology Policy, the National Institute on Aging, and the White House Council of Economic Advisers. The workshop, which included presentations from Cacioppo, Nobel Laureate Daniel Kahneman, APS Past Presidents Walter Mischel, Susan T. Fiske, and Elizabeth Phelps, and APS Fellow Robert Cialdini, influenced the Obama Administration’s creation of the Social and Behavioral Sciences Team to help the federal government translate scientific findings into solving practical policy problems.

Cacioppo served on various Boards including the President’s Committee for the National Medal of Science; the Advisory Committee for the Social, Behavioral, and Economic Sciences (SBE) Directorate of the National Science Foundation; the National Institutes of Health Center for Scientific Review (CSR) Advisory Council; the Expert Panel on Program to Reduce Social Isolation, Mary Foundation in Copenhagen; the Board of Directors of the Federation of Associations in Behavioral and Brain Sciences; the External Advisory Committee of the Beckman Institute for Advanced Science and Technology at the University of Illinois; and the US Department of Health and Human Services National Advisory Council on Aging.

Read Cacioppo’s obituary in The New York Times, and look for a remembrance in a future issue of the  Observer.

John has a special place in my heart and my memory. He started his psychophysiology journey with me at Ohio State. So careful and creative. What a racquetball player. Go long John, and I will throw it as far as I can–he always caught it.

I was a classmate of John’s in the Ohio State University social psychology program. We both entered in 1973 and left in 1977. I am proud to have been a friend and classmate. John will be missed dearly but his profound impact on psychological science will live on.

John Cacioppo was my brother, whom I loved deeply. He was essentially the father of a science, which is more than most of us can claim to have done in one lifetime. More than that however, he was a kind, generous and good soul, whom I love deeply and will forever. I miss him.

I had the opportunity to meet and talk with Dr. Cacioppo and his lovely wife, Stephanie at a lecture he gave at Baldwin Wallace University in Berea, OH in 2016.

After reading his book, “Loneliness” and watching a number of his wonderful lectures on youtube, I was thrilled to be able to attend the lecture at BWU and meet with John Cacioppo afterward. He and Stephanie were kind and generous with their time. I will never forget that great experience.

His work has inspired me to present a class on loneliness to raise the awareness of just how detrimental it is a person’s overall well-being, how the pain of loneliness is just as real and just as important as the pain of hunger.

Dr. Cacioppo has commented many times on the lethality of loneliness. It should not be ignored nor should it be over-medicated. Loneliness is a signal that your lifestyle is not working, something is missing and you need to make change. He suggests starting with volunteering to help someone in need. It’s a great way to shatter the invisible shield of loneliness that encompasses our spirit.

The pioneering social psychologist, known for his research on race and ethnicity, racism, and health and aging among African Americans, is remembered for his extraordinary vision, innovative scholarship, infectious optimism, and generosity as a mentor.

Fifteen colleagues and friends reflect on Gordon Bower’s influence on them and his legacy’s impact on the field.