Publications > Observer > Observations > How to Learn by Believing In Yourself 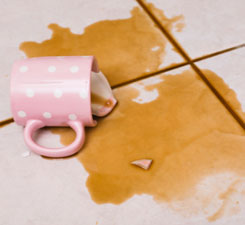 If you want to be smarter, the first step might be to believe that you can get smarter. In a study that will be published in an upcoming issue of Psychological Science, Jason S. Moser and his colleagues found that people who believe they can learn from their mistakes are more likely to do so.

In the study, participants were asked to identify the middle letter of a five-letter series like “MMMMM” or “NNMNN.” This task may seem simple, but task is repeated several times in a row, people tend to make mistakes and feel bad about it.

The scientists measured electrical activity in the brains of participants while they made mistakes, and they noticed two signals that occurred within a quarter of a second of the mistake: There was a response that indicated that a mistake had been made, and then a second response that indicated the participant noticed the mistake and was trying to fix it.

By understanding how the brain responds to mistakes, psychological scientists could help people learn more effectively. People who pay more attention to their mistakes may be able to train themselves to realize that they are capable of working harder and learning more. Furthermore, this research helps scientists explain fundamental differences between individuals.

For more information about Moser’s experiment, read coverage from ABC News and The Telegraph.

Publications > Observer > Observations > How to Learn by Believing In Yourself