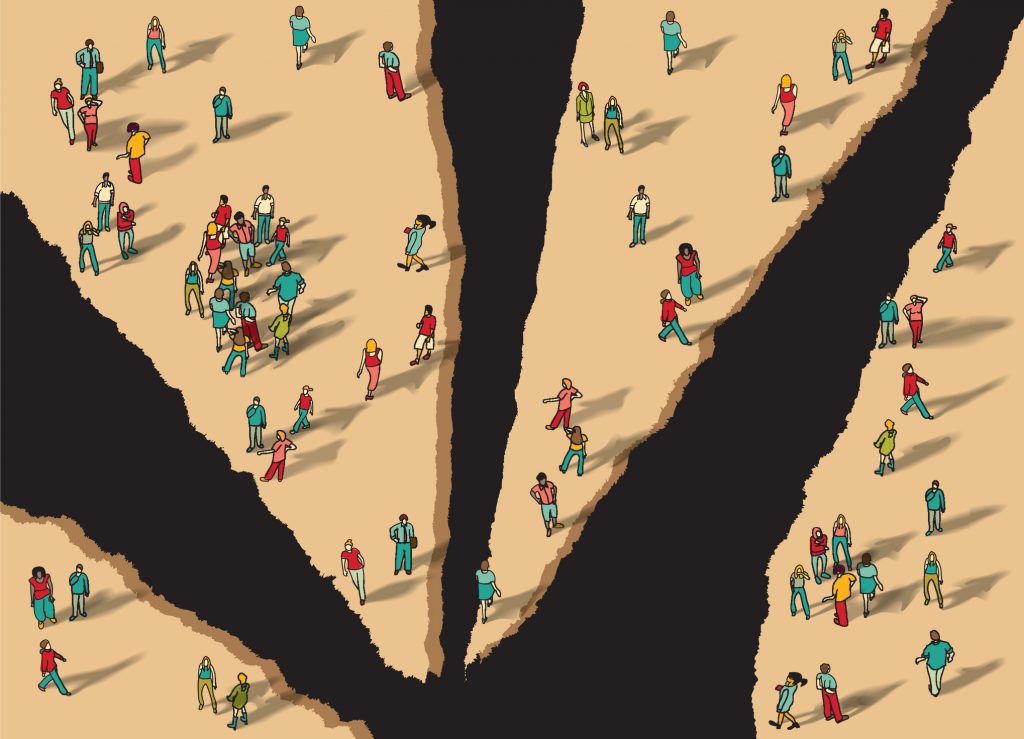 The social-class disparities prevalent in US institutions of higher education and professional workplaces are influenced by many factors, including access to resources, individual differences in skill, and cultural barriers. In an article published in Current Directions in Psychological Science, Nicole Stephens and Andrea Dittmann of Northwestern University and Sarah Townsend of the University of Southern California analyze the impact of one such cultural barrier: norms.

“Different social-class contexts in the United States tend to reflect and foster different cultural models of self, or culture-specific understandings of what it means to be a good or appropriate person in the world,” the authors explain.

A cultural model of self influences how we view ourselves and how we interact with others, and there are two common models:

“The independent model of self assumes that a normatively appropriate person should influence the context, be separate from other people, and act freely on the basis of personal motives, goals, and preferences. In contrast, the interdependent model of self assumes that the normatively appropriate person should adjust to the conditions of the context, be connected to others, and respond to the needs of others,” the authors describe.

Although people from all social classes have access to both models, our experiences, including the social class context we come from, can put emphasis on one model over the other.

The authors explain that individuals from working-class contexts tend to have an interdependent model of self, as working together and addressing the needs of others helps mitigate the effects of having fewer financial resources, more environmental constraints, lower power and status, and fewer opportunities for control and choice. Those from middle-class contexts tend to have an independent model of self as a result of having access to more resources, fewer constraints, higher power and status, and more opportunities for control and choice.

Both models can be highly effective and functional, but organizations in the US tend to prioritize independent norms, placing value on using relationships for personal gain, promoting personal interests, and advocating for oneself. This can create a cultural mismatch for individuals from a working-class context, who may be less likely to view relationships in this way.

The authors discuss some important challenges of this cultural mismatch, including gaining access to opportunities. For example, one study found that even the highest achieving students from working-class contexts are unlikely to apply to elite schools, in part because they don’t want to separate from their family and community. Another study found that employees from working-class contexts are less likely to pursue organizational power if it requires independent behaviors, such as using connections for personal gain.

Additionally, institutional decision makers are less likely to view an employee positively or admit a student if they diverge from the institution’s norms. People tend to rate job applicants with independent skills as more competent, and are more likely to hire them relative to those with interdependent skills.

And cultural mismatch can have consequences for individuals’ performance within an institution. People from working-class contexts can experience more discomfort in educational and professional environments that have an independent culture. They may be less likely to perform to their potential as a result, leading to less favorable evaluations from educators and managers. For example, students from working-class contexts who attend universities that advertise having an independent culture report having more difficulty completing tasks, higher stress, and lower performance than similar students who are at universities that communicate an interdependent culture.

Stephens, Townsend, and Dittman conclude that institutions organized by middle-class norms can reduce opportunities for those from working-class contexts who have an interdependent model of self. They recommend that cultural mismatch be reduced by integrating diverse norms into an institution’s culture, such as recognizing the advantage of collaboration and teamwork, thereby creating a setting in which a larger range of students or employees can succeed.