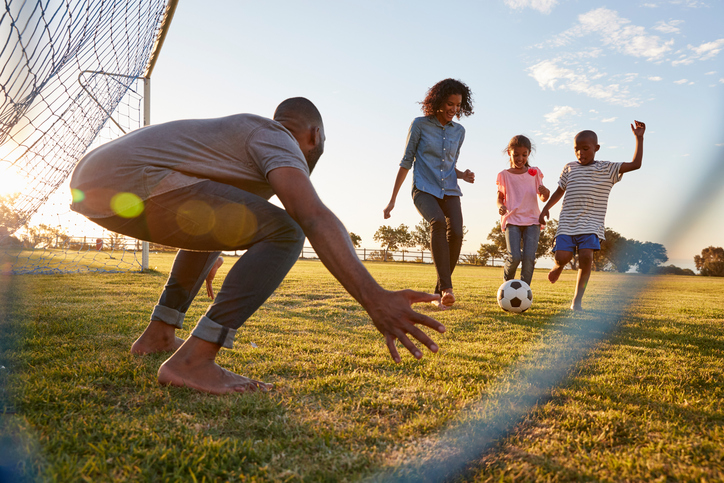 If you know a single fact about mitochondria, it’s probably this: “The mitochondria are the powerhouse of the cell.”

The energy produced by these organelles is essential for powering everything we do, and that includes using our brains to learn, think, and feel. In a review published in Perspectives on Psychological Science, scientists explore how these evolutionary tagalongs contribute to outcomes related to both mental health and mental illness.

“Given the multiple first-rate jobs that mitochondria do in the nervous system, it is hardly accidental that their malfunctioning has been associated with virtually every mental or neurological affliction on earth,” wrote researchers Peter Kramer and Paola Bressan of the Università di Padova in Italy. This includes everything from Alzheimer’s and Parkinson’s disease, anxiety, and depression to conditions like autism and Down syndrome, the pair wrote.

Mitochondria generate energy within our body’s cells in the forms of adenosine triphosphate (ATP) and heat by consuming glucose from the food we eat and oxygen from the air we breathe. Throughout this process, they also create waste products like carbon dioxide, water, and free radicals, corrosive chemicals that can degrade our cells as well as the mitochondria themselves.

Our mitochondria have a number of methods for dealing with this damage, but these measures offer only temporary relief. A certain amount of mitochondrial dysfunction over time is inevitable, Kramer and Bressan wrote, and the brain, which uses up to 25% of the body’s energy, is one of the most vulnerable targets.

In the case of degenerative conditions such as Alzheimer’s and Parkinson’s disease, the decrease in blood flow associated with aging has been shown to limit the amount of glucose and oxygen available to the brain’s mitochondria for energy production. This energy deficit can cause neurons to degenerate, disrupting activity in more energy-demanding regions of the brain associated with memory (i.e., the hippocampus in Alzheimer’s) and motor planning (i.e., the substantia nigra pars compacta in Parkinson’s.)

Furthermore, findings from several studies of rats have suggested that the lower concentrations of ATP in the nucleus accumbens caused by mitochondrial malfunctioning may contribute to the symptoms of depression and anxiety, expressed as “submissive” behavior in animal models. The causal nature of this connection, Kramer and Bressan wrote, was established by exposing equally anxious rats to drugs that either inhibited or enhanced mitochondrial energy production. Those whose mitochondria had been inhibited were likelier to submit to their companions, whereas rats whose mitochondria had been stimulated exhibited less anxious behavior.

“Considering all of the above, it should come as no surprise that mental disorders are apt to hinge together,” Kramer and Bressan wrote. “For example, schizophrenia patients are often depressed, autism patients are often anxious, Down syndrome patients tend to develop premature dementia, and current depression predicts dementia later on.”

Although the exact mechanisms through which mitochondria may contribute to such a range of disorders is still poorly understood, the authors wrote, studies suggest that the path to mitochondrial health is a familiar one: Exercise, getting enough sleep, eating a nutrient rich diet, and engaging in stress-reducing activities like yoga and meditation can all have a positive influence.

In one study, rats who swam for 10 to 30 minutes a day for 20 weeks were found to have fewer mutations in their mitochondrial DNA than those who did not. Some research suggests that eating a ketogenic diet high in fat and low in carbohydrates and sugar may improve energy production.

“From the point of view of our mitochondria, proper food is whatever contains the materials they need for their job: vitamins, minerals, enzymes, antioxidants and so on,” Kramer and Bressan wrote.

It’s best to get these nutrients from unprocessed natural foods like fruits, vegetables, fish, and meats, rather than supplements, they added. Antioxidant supplements in particular can upset the balance of free radicals in the body, interfering with mitochondria’s ability to monitor their own health.

Kramer and Bressan said they intended to further explore how these ancient bacterial invaders team up either with or against us to influence our health and behavior.

“Our hope is that future research will explore whether psychotherapy or psychiatric treatment might be assisted, and sometimes perhaps even replaced, by interventions that target the selfish entities that cohabit with us,” they said.

Thanks for the information. I’ve heard that it is possible to avoid inheriting deseases like Down syndrome with the help of mitochondrial donation.

Teresa GK, thanks for your comment but- to set the record straight- it seems to me that you have heard wrong. Down syndomrome itself is a chromosomal disorder, most often caused by trisomy 21, a complete duplication of a *chromosome*. It is not in itself a *mitochondrial* disorder, although mitochondrial vulnerability can affect how it unfolds with age into more or less severe comorbidities (as this articles describes). Mitochondrial donation is a very specific technique used to treat inherited *mitochondrial* disorders; it involves combining in vitro the chromosomal material from the mother and the surrounding egg (including its mitochondria) from a donor.

This professor of psychiatry and neurology leads a longitudinal biomarker study of early-onset Alzheimer’s disease.

Scientists from Europe and North America share the latest findings on the promise and limitations of video games, “smart” drugs, and other tactics that people are turning to for cognitive enhancement.