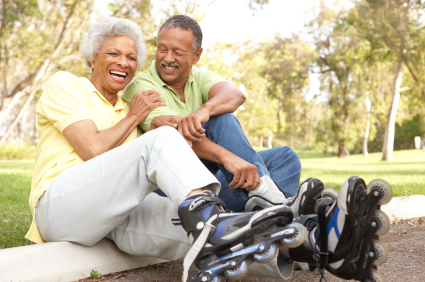 Older people tend to be wiser, but did you know they tend to be happier too? A recent paper published in Current Directions in Psychological Science suggests this may be because older adults are better at regulating their emotions.

Older individuals seem to be better at predicting how a certain situation will make them feel, so they’re good at avoiding unpleasant situations and putting themselves instead in (sounds a little awkward when reading but grammatically correct) enjoyable ones with people they like.

Being happier as one gets older also has some health benefits. Another recent article published in Current Directions in Psychological Science explains that positive emotions in old age can buffer against the negative health effects of stress and help with recovering from them.  Older people with positive attitudes may also take a proactive approach to aging, by exercising regularly for example, and avoid unhealthy behaviors such as smoking.

As these articles suggest, aging definitely has its perks. Older people are happier, and happier people are better protected against poor health later in life.