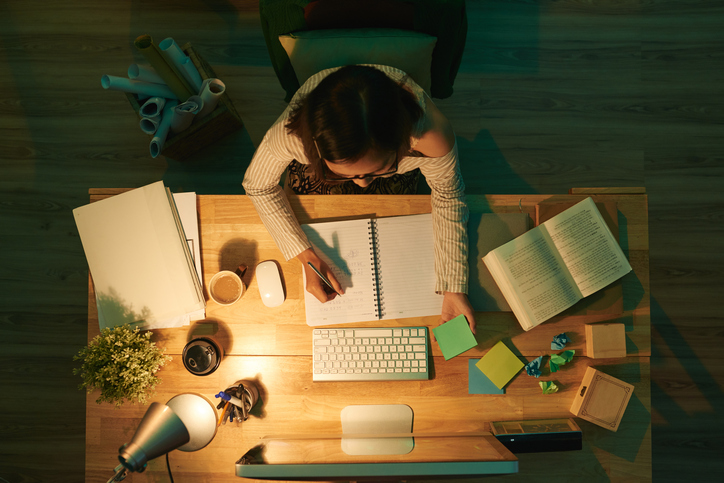 Whether preparing for final exams or brushing up on the basics before a pop quiz, somewhere out there students are hard at work studying flashcards, reviewing their notes, and reading and rereading textbooks. These strategies may be popular, but they’re probably not be teaching students as much as they’d like to think.

A roundup of the research that evaluated the five most popular study strategies – rereading, underlining/highlighting, notetaking, outlining, and using flashcards – suggests that many students’ study sessions are missing two of the most powerful approaches to learning: retrieval practice and distributed practice. The findings are published in Perspectives on Psychological Science.

“Students, when left to their own devices, do not use these popular study strategies very effectively,” wrote coauthor Toshi Miyatsu, a graduate research fellow at Washington University in St. Louis. “Students rarely use these strategies that truly promote learning.”

The biggest mistake students make is mistaking fluency for actual learning, says Miyatsu. People process materials they are familiar with more quickly, he explains, so it can be easy for students to confuse reading a chapter or reviewing study materials more smoothly than they did the first time with increased understanding.

Real learning is an effortful process, he continues. As a result, cognitive psychology-endorsed techniques that employ retrieval and distributed practice tend to feel disfluent because they are actually challenging students’ knowledge. This struggle is a sign of what psychology researcher Robert Bjork referred to as “desirable difficulty,” Miyatsu says, and students should be encouraged to embrace it.

Distributed practice has also been widely researched. In one study by graduate fellow Mary Pyc and professor of psychology Katherine Rawson (Kent State University), participants studied pairs of Swahili and English words separated by six or 34 other items. Those in the longer lag condition were found to retain at least 20% more of the word pairs after both a 25-minute and a 1-week delay, suggesting that even a small amount of spacing can significantly improve learning outcomes.

Although the benefits of retrieval and distributed practice have been established in the literature, that doesn’t mean students are always able to apply them properly, however. It’s easy to tell students to space out their study sessions instead of cramming before an exam, Miyatsu says, but surveys show that when students study is heavily dependent on their schedules, including their overall class load, jobs, and other obligations.

Rather than asking students to take a top-down approach by dramatically overhauling how they learn, Miyatsu suggests students take a cue from exercise science and start by augmenting their existing study habits.

When someone is looking to shake up their diet and lifestyle by exercising and eating right, he explains, it might seem like the solution is to go all in but, according to what psychological scientists know about behavioral change, you may be more likely to achieve long-term success if you start by making small changes to your existing behavior.

Even taking a 30-minute break to study for a different subject can make a difference without requiring students to significantly alter their schedules, Miyatsu says. Similarly, instead of dropping flash cards from study after one successful retrieval, they should aim to retrieve a term at least three times before considering it learned. Outlining and highlighting/underlining can also be made more effective when done after completely reading a section of text and, like notes taken in class, can be used to guide retrieval practice later.

“Hopefully as students are introduced to distributed practice and retrieval practice, these really effective strategies, then they will be more ready to make a stronger push, more dramatic change, and incorporate these strategies more often,” Miyatsu says.

Cognitive psychology has previously focused on determining the effectiveness of study strategies used in isolation, but the field has reached a level of maturity where researchers are starting to investigate how strategies can be combined to improve learning as well, he says. In a paper currently under review, for example, Miyatsu found that retrieval practice and keyword mnemonic language learning can be combined to help language learners identify English keywords within foreign words to help improve retention.

For more on cognitive psychology-endorsed study techniques, read the January, 2013 issue of Psychological Science in the Public Interest on promising directions for improving students’ learning with cognitive and educational psychology.

When studying for an upcoming test (not cramming, studying), here is method that worked very well for me if the test was taken from what we learned in a textbook.
Textbooks usually have questions at the end of each chapter. Before I read the chapter, I go to the first question, then scan the beginning of the chapter until I find the answer. I highlight the answer.
I proceed to the next question and the next the same way. After I’ve highlighted the answers to all of the questions wherever they appear in the text, I go back and read the chapter from the beginning. When I come to a highlighted sentence, I instantly know that is an important point and ponder on it before moving on. This also helps with context. I may also read class notes to know what the instructor felt was important to know.
Just before the test, I casually flip through the pages of the chapter and only read the highlighted sentences I find. That has helped with short-term retention and the whole process helped with context retention. As a result, I usually scored very highly on tests. I came up with this on my own. It has helped others to whom I’ve passed it on as well.