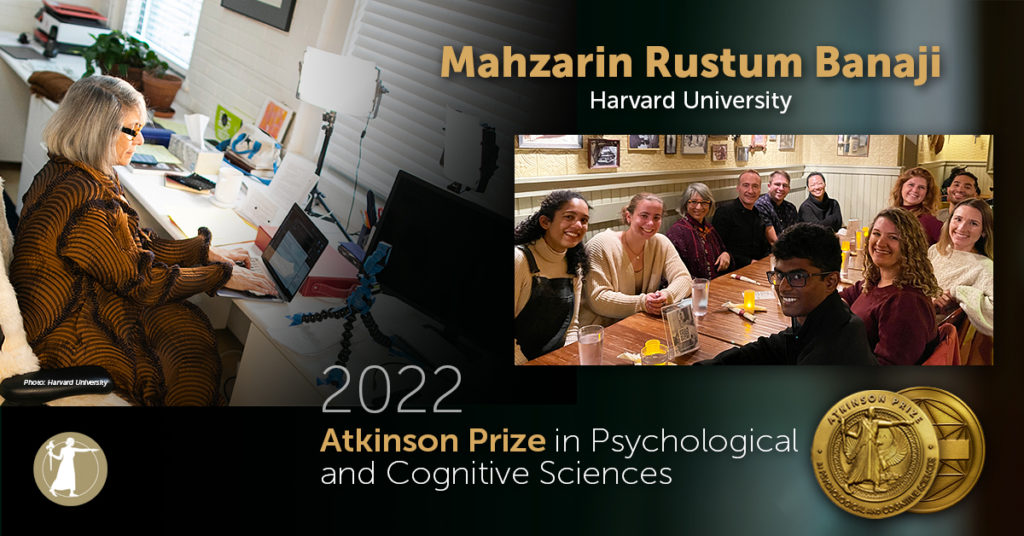 The National Academy of Sciences (NAS) has awarded the 2022 Atkinson Prize in Psychological and Cognitive Sciences to Mahzarin R. Banaji, the 2010–2011 APS President and an APS William James Fellow and APS James McKeen Cattell Fellow, for her work in furthering the understanding of implicit social cognition.

“Her research has helped establish and quantify the role that unconscious processes play in governing human social actions and judgments of others,” according to the official announcement from NAS. “Banaji’s work on implicit, group-based attitudes and beliefs continues to pave the way toward a more rigorous and quantitative approach to understanding the human mind in social context.”

Banaji has long been revered for her contributions to the psychological sciences and is considered a leader in research regarding implicit social cognition and “implicit bias,” a term she coined with colleague Anthony Greenwald in 1995.

The NAS announcement also noted her contribution “to the future of the field through her mentorship, public education, and ongoing leadership on science boards, committees, and organizations.” According to her Harvard University profile, Banaji continues in her role as the Richard Clarke Cabot Professor of Social Ethics at Harvard University to research the social attitudes of adults and children, beliefs and stereotypes, and individual responsibility.

Established in 2013 by APS William James Fellow Richard C. Atkinson, the Atkinson Prize is a biennial $100,000 award designed to individually honor the work of two experts who have significantly contributed to the advancement of the psychological and cognitive sciences.

In addition to Banaji, APS Fellow Leah Somerville has been recognized by the NAS with a $75,000 Troland Research Award for her research on the adolescent brain and psychological development.

Experts share insights into the factors behind racial bias during police encounters.