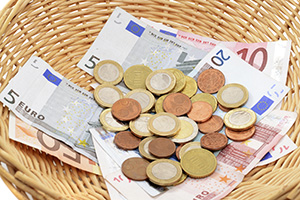 As children, we are often told by our parents that it is better to give than to receive; that we will get more enjoyment, fulfillment, and happiness from giving to others than from taking for ourselves. It turns out our parents were on the right track. In a recent article published in the journal Current Directions in Psychological Science, Elizabeth W. Dunn (University of British Columbia), Lara B. Aknin (Simon Fraser University), and Michael I. Norton (Harvard Business School) reviewed research suggesting that when it comes to money, spending it on others really pays off.

Studies have shown that the positive feelings evoked by giving to others can be seen in children as young as 2 years old and in people around the world. A 2013 study examining the link between charitable giving and happiness in 136 countries found that people in poor and rich countries alike reported more happiness if they gave to others.

Although the capacity to derive happiness from giving seems to be universal, not all forms of prosocial spending have the same emotional benefits. Research based on self-determination theory suggests that prosocial spending is most likely to increase happiness when it meets one or more of the basic human needs of relatedness, competence, and autonomy.

People have a fundamental need for human connection, and when the act of giving provides an opportunity to connect with others, that act is more likely to increase happiness than other instances of giving. Going to a coffee shop with a friend and buying them a drink, for example, makes a person happier than simply giving their friend a gift card to buy the drink on their own. Happiness is also boosted when people can see the impact of their donation. Seeing the end result of prosocial giving leads people to feel confident in their ability to make a difference. Lastly, people derive a higher emotional benefit from giving voluntarily than they do when they feel coerced into giving.

The rewards people receive when they give to others can also be tracked in the brain and the body. Prosocial spending has been shown to produce activation in the reward centers of the brain, and older adults who report giving money and resources to others exhibit better overall health.

So it seems our parents were right: Giving comes with its own rewards, something we all should keep in mind as we reflect on the past year and look forward to the new one.