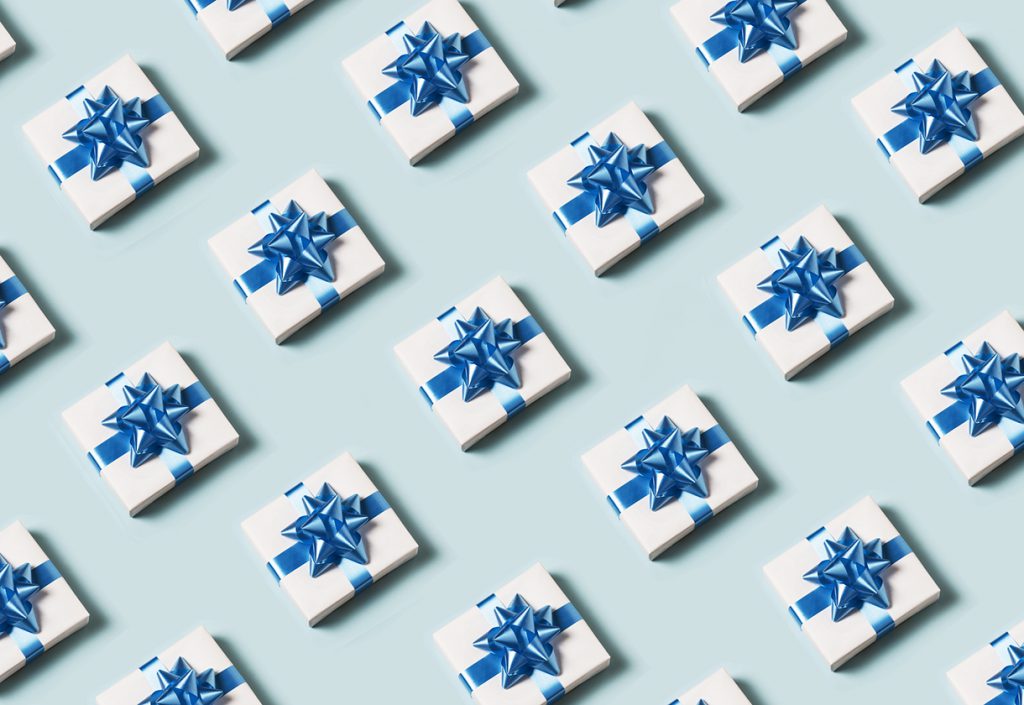 The happiness we feel after a particular event or activity diminishes each time we experience that event, a phenomenon known as hedonic adaptation. But giving to others may be the exception to this rule, according to research in Psychological Science.

In two studies, psychology researchers Ed O’Brien (University of Chicago Booth School of Business) and Samantha Kassirer (Northwestern University Kellogg School of Management) found that participants’ happiness did not decline, or declined much slower, if they repeatedly bestowed gifts on others versus repeatedly receiving those same gifts themselves.

“If you want to sustain happiness over time, past research tells us that we need to take a break from what we’re currently consuming and experience something new. Our research reveals that the kind of thing may matter more than assumed: Repeated giving, even in identical ways to identical others, may continue to feel relatively fresh and relatively pleasurable the more that we do it,” O’Brien explains.

In one experiment, university student participants received $5 every day for 5 days; they were required to spend the money on the exact same thing each time. The researchers randomly assigned participants to spend the money either on themselves or on someone else, such as by leaving money in a tip jar at the same café or making an online donation to the same charity every day. The participants reflected on their spending experience and overall happiness at the end of each day.

The data, from a total of 96 participants, showed a clear pattern: Participants started off with similar levels of self-reported happiness and those who spent money on themselves reported a steady decline in happiness over the 5-day period. But happiness did not seem to fade for those who gave their money to someone else. The joy from giving for the fifth time in a row was just as strong as it was at the start.

O’Brien and Kassirer then conducted a second experiment online, which allowed them to keep the tasks consistent across participants. In this experiment, 502 participants played 10 rounds of a word puzzle game. They won $0.05 per round, which they either kept or donated to a charity of their choice. After each round, participants disclosed the degree to which winning made them feel happy, elated, and joyful.

Further analyses ruled out some potential alternative explanations, such as the possibility that participants who gave to others had to think longer and harder about what to give, which could promote higher happiness.

“We considered many such possibilities, and measured over a dozen of them,” says O’Brien. “None of them could explain our results; there were very few incidental differences between ‘get’ and ‘give’ conditions, and the key difference in happiness remained unchanged when controlling for these other variables in the analyses.”

Adaptation to happiness-inducing experiences can be functional to the extent that it motivates us to pursue and acquire new resources. Why doesn’t this also happen with the happiness we feel when we give?

We may also be slower to adapt to happiness generated by giving because giving to others helps us maintain our prosocial reputation, reinforcing our sense of social connection and belonging.

These findings raise some interesting questions for future research – for example, would these findings hold if people were giving or receiving larger amounts of money? Or giving to friends versus strangers?

The researchers have also considered looking beyond giving or receiving monetary rewards, since prosocial behavior includes a wide range of experiences.

“Right now we’re testing repeated conversation and social experiences, which also may get better rather than worse over time,” O’Brien explains.

Both experiments were preregistered and all data and materials have been made available online via the Open Science Framework. This article has received the badges for Open Data, Open Materials, and Preregistration.

I feel that when we give, the endorphins allows us to experience elevation in mood and grant a short lived euphoria.

I am happier giving anonymously, and think giving is related to self preservation, not altruism…
I’d appreciate comments/insights.
Thanks.
Elizabeth

I live well beneath my means and sometimes I sacrifice my own needs just to be able to give to others. If your monthly bills are paid and you have a healthy reserve for emergencies, what good is having more money. If giving is your passion then give the balance away to some form of charity.

I love giving and it is way better than receiving.