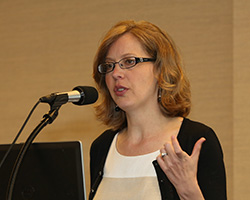 S. Alexandra Burt likes to compare science to a hike up a mountain. The physical exercise might be refreshing, and the wind in your face might be invigorating. But the journey as a whole is long and slow and filled with very deliberate steps. The result is that many scientists often restrict their sights to hills or low peaks.

“What technology allows you to do is take that to the next level,” said Burt, an associate professor of psychology at Michigan State University. “You can really go for Everest-style mountains.”

The metaphor made a fitting introduction to a day-long theme program about science and technology at the 2014 APS Annual Convention in San Francisco. Researchers from academia and industry alike focused on three areas where technology has quickened this scientific climb: behavioral genetics, mobile sensing, and social networks. All shared a hope that advanced tools for data collection and analysis can shed new light on old questions.

“In psychological science, we are in a very interesting time with the growth of technology,” said APS President Elizabeth A. Phelps of New York University. “For the very first time, for good reasons and bad, we are monitoring human behavior almost continuously in a way that we may be able to use to answer some of the fundamental psychological questions we couldn’t get to with our standard laboratory studies.”

One of those questions is just how much of a role genetics play in determining behavior. The classic way to make a genetic association is to track down patients with certain health conditions or traits, genotype them, then analyze specific candidate genes for a mutation. Such time-consuming heritability studies typically have small samples, which limit their statistical power. 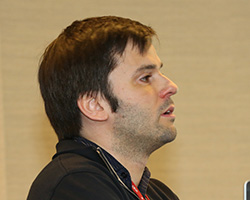 Technology has transformed this line of research by enabling researchers to collect and analyze massive data sets, said economist David Cesarini, a colleague of Phelps at NYU. Rather than narrowing their focus on particular candidate genes, scientists can now sequence entire genomes and see what associations emerge — a process known as a genome-wide association study (GWAS).

Cesarini was recently part of an enormous research team that performed a GWAS on a sample of more than 100,000 individuals for any genetic links to educational attainment. The researchers identified three single-nucleotide polymorphisms (or SNPs; pronounced snips) that each account for about .02% of the variance in the amount of education a person achieves. Each relevant allele a person had accounted for about an extra month in school.

“You really do need these incredibly large samples to detect associations,” said Cesarini. 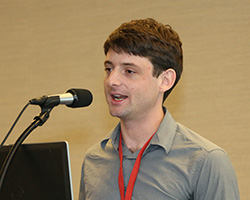 A big reason more genomes are available for study than used to be available is the emergence of testing companies like 23andMe. For $99, 23andMe customers receive a genotype; more than 700,000 customers have been genotyped to date, said company representative Aaron Kleinman. That’s a huge boon to scientists, he said, because 80% of 23andMe customers consent to research using their genetic data.

The company has already collaborated on a number of original studies and replications. Researchers have used the 23andMe cohort to identify a wide range of genetic associations — from Parkinson’s disease to allergies to snack preferences. The recent finding on educational attainment was replicated using the 23andMe sample, too. As the company database grows, said Kleinman, so will the findings.

Burt of Michigan State said technology makes it easier to assess changes in gene effects that occur within a single person over time. By collecting biological samples at several points, as opposed to just once, scientists can gain insight into how gene expression varies with environmental conditions. But until such technology gets less expensive, she said, it’s probably best to see the research in behavioral genetics as only the base of the scientific mountain.

“I do believe that when you combine scientific ingenuity with technology, that’s where we’re going to see the biggest advances,” she said. 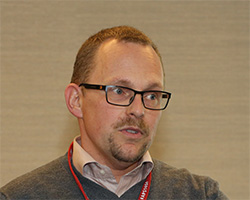 The advent of mobile sensor technology means scientists can gather information on study participants far from the lab. Matthias R. Mehl of University of Arizona uses the Electronically Activated Recorder — or EAR — device to collect samples of ambient sound. The data creates an acoustic log of a person’s day that can be mined for behavioral insights (see “The Sounds of Social Life,” Observer, March 2014). 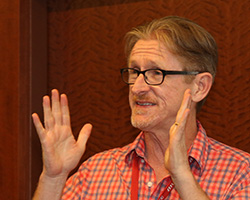 Campbell recently issued sensor-loaded phones to 48 students and tracked their physical activity, sleep, and conversation patterns over 10 weeks. He also paired the sensor feedback with short self-report surveys occasionally sent to participants’ phones. He found correlations between sensor data and outcomes for depressive feelings, stress, and academic performance — all with minimal intrusion into the participants’ lives.

“This is continuous data,” said Campbell. “So it’s less burdensome.” 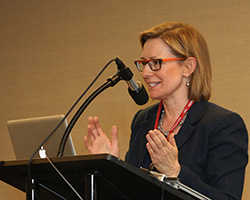 Rosalind W. Picard of the Media Lab at the Massachusetts Institute of Technology frequently fits child test participants with wrist and ankle sensors. The equipment is capable of measuring pretty much all types of human arousal, good and bad, she said. It helps her measure the world children really live in — not the one simulated in a lab.

“We have built a lab to go on the body and out into the world,” she said.

That mobile lab has generated some major findings. Picard and collaborators have reported that electrodermal activity measured by their wrist sensors can detect seizures with 94% accuracy. These findings have big health-care implications, particularly for patients reluctant to wear more cumbersome EEG-based seizure detectors.

No discussion of technology and behavioral science would be complete without a foray into social networks. APS Fellow Ethan F. Kross of University of Michigan — who was honored at the 2014 Convention with the APS Janet Taylor Spence Award for Transformative Early Career Contributions — has studied the effect of Facebook use on subjective well-being, and the results are a little concerning for the millions of users who log on everyday. 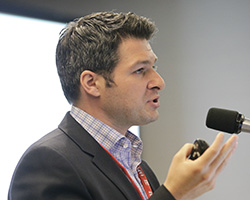 In one study, Kross found that Facebook use led to declines in how good people felt from one moment to the next. Participants who woke up feeling good but used Facebook a lot saw their mood get worse during the day. He and collaborators also found that the more participants used Facebook during the 2 weeks of the study, the greater their reported decrease in life-satisfaction. A follow-up study found that while passive Facebook use (such as scrolling through updates) had a harmful effect on well-being, active use (such as posting or clicking on links) had no clear influence on mood.

“I think the real challenge is to really understand how we harness Facebook to optimize, rather than undermine, well-being,” Kross said.

Social psychologist Jennifer Guadagno, a behavioral researcher at Facebook, described some of the steps Facebook itself has taken to optimize user well-being. In particular, Guadagno described the subtle behavioral cues Facebook has employed to mitigate problems that occur between users — all based on “the best science that we have about emotion and conflict resolution.” 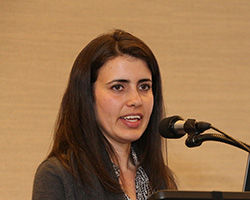 Take users who report a problem with a Facebook photo. A couple years ago, said Guadagno, the follow-up questions displayed after such a report asked users to choose one-word descriptions, such as “embarrassing” or “inappropriate,” to explain why they disliked the image. But the company found that personalizing these descriptions just the slightest bit — letting people select “it’s embarrassing,” or “it’s inappropriate,” for instance — boosted the survey completion rate from 50% to 78%.

As a result of this and other changes, the rate of users reporting offensive pictures has increased, said Guadagno. 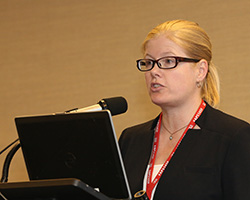 Rather than studying Facebook’s effects on well-being, Megan A. Moreno of University of Washington studies how people publicize their well-being on Facebook. By mining posts for keywords indicating symptoms of depression, Moreno and collaborators found they could identify adolescents who might be suffering from emotional or mood problems. In that sense, social media could give clinicians a new platform for behavioral intervention.

“Displayed depression symptoms on Facebook may offer new opportunities to identify at-risk youth and provide the potential for support, for additional screening, and for resources,” said Moreno.

Program discussant Ellen Konar, a visiting scholar at Stanford’s Center for Advanced Study in the Behavioral Sciences, punctuated the program by comparing the intersection of technology and psychology to the act of refueling an airplane in-flight: “doable but harrowing, impressive but not without challenges.” Kind of like climbing Mount Everest.