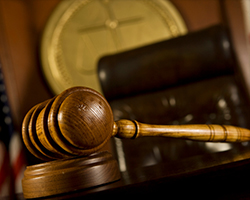 Since 1989, DNA evidence has proven that 329 people in the United States — many of whom served lengthy prison sentences — did not commit the crimes of which they had been convicted. Speakers at a cross-cutting theme program at the 2015 APS Annual Convention in New York, May 21–24, will discuss how lessons from psychological science can help bring order to our often chaotic legal and criminal justice systems, from the beginning of the process (such as determining competency to stand trial) to the end (such as providing testimony that could influence jury verdicts).

A highlight of the “Law & (Dis)Order: Psychological Science in the Legal System” symposium will be the screening of The Central Park Five, a documentary film by acclaimed director Ken Burns. The film details the highly publicized 1989 arrests, convictions, incarcerations, and exonerations of five young African American and Hispanic men accused of raping a jogger in New York City’s Central Park. It also examines some of the psychological factors — such as racial bias, the application of physical and mental duress to coerce confessions, and the inclination to make facts fit a desired narrative rather than vice versa — that may have influenced the outcome of the case. Burns’ daughter Sarah, whose book documenting the racially charged media coverage of the trial inspired the documentary, will discuss the film with APS Fellow Saul Kassin (Williams College and John Jay College of Criminal Justice) and one of the exonerees following the screening.

In the documentary, Kassin discusses some of the motives of the police and prosecutors during the arrests and trials. Kassin explains that detectives were able to intimidate the juveniles through a combination of two commonly used interrogation processes: confrontation and minimization. Detectives used these circumstances, in addition to lies about what the other suspects had confessed, to prompt the young men to (falsely) admit involvement in the situation, though none of them confessed to actually raping the woman. Although all five recanted immediately afterward, they were convicted at trial. Thirteen years later, the men were exonerated — after serving varying amounts of time in prison — when a serial rapist who was serving a life sentence stepped forward to confess to raping the jogger. His confession, unlike those of the Central Park Five, was corroborated by DNA.

Today, parents wanting the best for their children’s intellectual development can turn to a number of “educational” digital apps, a variety of “brain-based” teaching strategies and curricula, and a never-ending stream of videos, toys, games, and other products all purportedly grounded in the latest research on brain development and learning. More

A panel of regulation experts explains how the capacity develops from infancy through adolescence. More