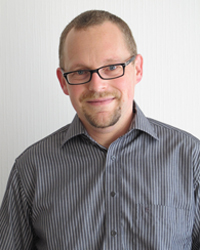 Among laypersons, psychologists are infamous for two things: their couches and the fact that they always observe people.

In many of psychology’s neighboring disciplines, including anthropology, sociology, and primatology, the observation of subjects in their natural habitat is common practice and is held in high methodological regard. It is ironic, then, that naturalistic observation has a remarkably thin history in psychology. Roger Barker and Herbert Wright spearheaded a series of ecological observational studies on “behavior settings,” including the famous case study One Boy’s Day (1952). Inspired by Barker and Wright, Kenneth Craik in 2000 developed what he called the “lived day analysis,” a series of case studies where a research team followed participants for an entire day with a video camera. And researchers at the Center on Everyday Lives of Families at the University of California, Los Angeles, embarked on a large, interdisciplinary observation project to study family dynamics in the real world. Some naturalistic observation work has also been conducted in developmental and social psychology. Yet there is a clear gap between the public idea of and the actual reality of psychological scientists as professional observers of human behavior.

An EAR to the Ground

Unlike primatologists, psychologists are able to obtain good data simply by asking their subjects for it, — and obtaining such self-reports is by far more economical than obtaining behavioral observation data. But extensive research has demonstrated the limitations of self-report assessment. To develop a comprehensive understanding of human behavior, we must complement questionnaire-based assessments with observational methods. In other words, the field is in need of an observational ecological momentary assessment method.

James Pennebaker and I developed the Electronically Activated Recorder (EAR) at the end of the last century as such an assessment tool. Since then, I have continued to develop, refine, and validate the methodology in a series of studies. The basic idea behind the EAR is simple: to obtain a sense of who people are and what they do by listening in on sound bites of their moment-to-moment social lives. Technically, the EAR is an audio recorder that periodically samples brief snippets of ambient sounds while participants go about their lives. Conceptually, it is an unobtrusive observation method that yields acoustic logs of people’s daily experiences as they naturally unfold.

Initially, the EAR consisted of a microcassette recorder and a microchip that triggered the recordings. We glued the chip to the recorder and soldered wires to connect the two. It was quite a delicate system — and participants had to remember to flip the tape after about 24 hours so that 2 days’ worth of recordings would fit onto a 45-minute microcassette. Fortunately, those days are history. Currently, we are using a fourth-generation EAR system, the “iEAR,” that consists of a free, Apple-certified iOS app that runs on the iPhone and iPod Touch (a reprogrammed and upgraded iEAR 2.0 version is about to be released on the AppStore). Study participants thus carry the recording app around in their purses or pockets, or on their belt clips.  To minimize privacy concerns, the recordings are stored on the device and transferred to the researchers’ computer at the end of the study, after participants have an opportunity to review them. With the iEAR, we have a reliable and affordable system that allows for the naturalistic (acoustic) observation of people’s daily social environments and interactions.

Naturally, given the novelty of the method, our research focused initially on the psychometrics of EAR-assessed daily social behavior. In a first series of studies, we used the method to show that a broad spectrum of behaviors:

Our second-generation studies focused on the EAR’s potential to address questions that are difficult to answer with other methods. For example, in a binational study, we found that American participants reported being more talkative than their Mexican counterparts, but spent almost 10% less time actually talking. In another study, we debunked the myth that women are “by nature” more talkative than men by showing that both sexes speak on average about 16,000 words per day — with tremendous individual differences. (The least talkative participant uttered an estimated 695 words; the most talkative, 47,016 words. Interestingly, both were men.) These and several other “second-generation” studies aimed to strengthen the EAR’s validity and utility as a naturalistic observation tool.

We are currently in the midst of a series of third-generation studies. These are large-scale, interdisciplinary collaborative projects that use the EAR method to assess everyday person-environment interactions naturalistically and objectively. For example, in a joint project with Richard Bootzin and our University of Arizona colleague David Sbarra, we are looking at the interplay of sleep, social environments, and stress after divorce. And working with Charles Raison from the University of Arizona, we are testing in one study how meditation changes actual prosocial and affiliative behavior (compared to their perceptions thereof). Further, in a project with Karen Weihs and Ana Maria Lopez from the University of Arizona and my former doctoral student Megan Robbins who is now an assistant professor at the University of California, Riverside, we are studying how couples use their daily conversations with each other to cope with cancer. Here, we are finding that what spouses/partners do — for example, the degree to which they naturally talk about cancer — is strongly related to patients’ adjustment. Finally, together with Simine Vazire, Kathryn Bollich, and John Doris from Washington University in St. Louis, we are exploring how virtuous daily behavior relates to moral character. We are finding that virtuous behaviors, such as expressing gratitude and affection, are considerably stable and “personality-like.” All of these projects are all truly interdisciplinary and collaborative, and aim to develop a better understanding of the psychological implications of our observed daily lives.

A number of researchers in and around psychology have already adopted the EAR method to study topics as diverse as personality expression and development, psychological disorders, culture, self-knowledge, intimate relationships, social support processes, parent-child interactions, social aspects of aging, and even the effectiveness of aphasia treatments. They’ve demonstrated the EAR method’s power to examine social phenomena that are encoded in interactions (i.e., acoustic traces) and often masked by self-reports.

As a “naturalistic observation sampling tool,” then, the EAR has the potential to help fill the conspicuous gap that has emerged between psychology as the alleged “science of behavior observation” and psychology as the actual science of “self-reports and finger movements.” As an observational ecological momentary assessment method, its future is prosperous yet — at the same time — quite limited. As a stand-alone monitoring device or app, the EAR will ultimately become obsolete; eventually, it will be integrated into multichannel social sensing systems that run in the background of people’s mobile phones.

Extrapolating from the ongoing mobile device revolution, it’s safe to foresee smartphones quickly becoming routine devices for scientific data collection. They automatically store vast amounts of real-world user interaction data and pack an array of sensors to track the physical (e.g., location, position) and social (e.g., blue tooth connections around the phone) context of these interactions. Several social sensing applications have been developed and are being validated. Clearly, mobile phones’ immense data collection power also brings with it big challenges for researchers (e.g., privacy protection, data analysis and synthesis). Yet building the science of human behavior on large-scale databases of naturalistically observed real-world behavior (in addition, of course, to controlled laboratory experiments), can help the field of “human primatology” get back in touch with its observational roots.

Do, T. & Gatica-Perez, D. (in press). The places of our lives: Visiting patterns and automatic labeling from longitudinal smartphone data. IEEE Transactions on Mobile Computing.

Vazire, S., & Mehl, M. R. (2008). Knowing me, knowing you: The relative accuracy and unique predictive validity of self-ratings and other-ratings of daily behavior. Journal of Personality and Social Psychology, 95, 1202–1216.

Yarkoni, T. (2012). Psychoinformatics: New horizons at the interface of the psychological and computing sciences. Current Directions in Psychological Science, 21, 391–397.

Matthias R. Mehl is an Associate Professor of Psychology at the University of Arizona. He has repeatedly written and given workshops on novel real-world assessment methods and, most recently, coedited the Handbook of Research Methods for Studying Daily Life. Mehl is the current Vice President of the Society for Ambulatory Assessment. In 2011, APS identified him as a Rising Star.

Science in Service: Making Noise That Can’t Be Missed