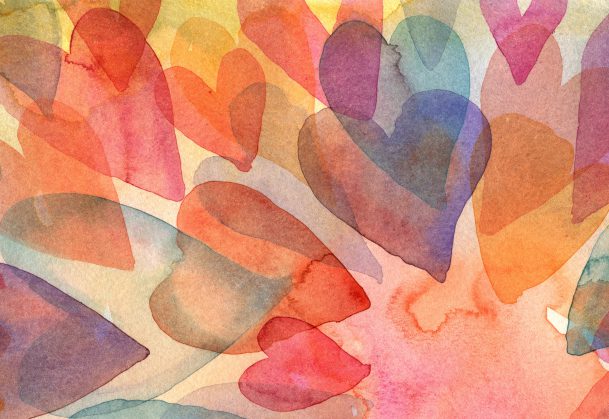 From new research exploring ongoing synchrony between spouses to a revealing scientific investigation into claims made by online dating sites, the science of love and romance continues to stir the passions of psychology researchers around the world. In honor of Valentine’s Day, we offer a sample of new and notable research examining matters of the heart.

Couples’ Quality of Life Linked Even When One Partner Dies

Romantic partners often show synchrony in well-being — an individual’s health and cognitive functioning not only influence their own well-being but seem to have an impact on their partner’s well-being as well. Longitudinal data from the multinational Study of Health, Ageing, and Retirement in Europe (SHARE) suggest that this interdependence may even survive death. Analyzing partners’ data over time, University of Arizona researchers Kyle J. Bourassa, APS Fellow David A. Sbarra, Lindsey M. Knowles, and Mary-Frances O’Connor find that the surviving spouse’s quality of life remains intertwined with the deceased spouse’s earlier quality of life, and this interdependence is just as strong as that between two living partners. Click here to read more.

Today, people are as likely to meet their potential valentines on the Internet as they are at a party, a singles event, or a dog park. Social scientists have followed this trend by exploring the way that online communication is affecting socialization and the formation of friendships and romantic relationships. In an Integrative Science Symposium on “e-Relationships” at the International Convention of Psychological Science in Amsterdam, the Netherlands, an interdisciplinary panel chaired by APS Fellow Marion K. Underwood (The University of Texas at Dallas) presented a host of findings about how people of all ages use the latest communications technology to meet their social needs, both romantic and convivial. Click here to read more.

Evolution of the Human Brain: What’s Love Got to Do With it?

With our large brains and extended childhoods, humans are a bit of an evolutionary puzzle. Romantic love and the pair bonding that it motivates may be part of the answer to this evolutionary riddle, according to APS Fellow Garth Fletcher (Victoria University of Wellington, New Zealand), APS Fellow Jeffry A. Simpson (University of Minnesota), Lorne J. Campbell (University of Western Ontario, Canada), and APS Fellow Nickola C. Overall (University of Auckland, New Zealand). The researchers argue that the adaptation of romantic love — which allowed us to form monogamous pair bonds, pool resources for raising children, and encourage the involvement of extended families — may have resulted in complex social lives that played a key role in the evolution of our big, sophisticated brains. Click here to read more.

Most of us see the connection between social and physical pain as a figurative one — sure, love may “hurt,” but not in the same way that being kicked in the shin hurts. But in recent years, psychological scientists have found evidence suggesting that there is some literal truth embedded in the metaphorical phrases we use to compare love with pain. Neuroimaging studies have shown that brain regions involved in processing physical pain overlap considerably with those tied to social anguish. And additional research suggests that traditional over-the-counter painkillers also may relieve our emotional wounds. Love may actually hurt after all. Click here to read more.

Any number of online dating sites supposedly will help you find your “soulmate,” but a comprehensive scientific review published in Psychological Science in the Public Interest urges potential users to be wary of the hype. Dating sites often claim to have a unique matching algorithm that leads to successful long-term relationships, but scientific research shows that the strongest predictors of relationship well-being are factors — such as interaction style and ability to navigate stressful circumstances — that dating sites simply can’t evaluate based on the information they gather from their clientele. Dating sites may be useful if they quickly help matches meet in person to discover whether a spark exists, conclude the report authors — APS Fellow Eli J. Finkel (Northwestern University), Paul W. Eastwick (University of California, Davis), APS Fellow Benjamin R. Karney (University of California, Los Angeles), APS Fellow Harry T. Reis (University of Rochester), and Susan Sprecher (Illinois State University). Click here to read more.