Observer > 2010 > November > The Evolution of Childhood 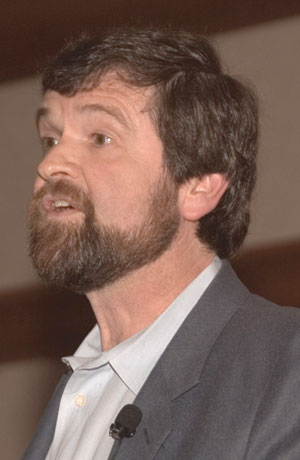 Michael Lamb has done us the great favor of reading and reviewing a major work by Melvin Konner The Evolution of Childhood: Relationships, Emotion, Mind. As a field we have paid scarce attention to evolution. A physical anthropologist has analyzed the evolutionary origins of Homo sapiens with special focus on our longer dependence on caregivers after birth, and has argued that this may explain the unique cognitive abilities, emotional capacities, and social bonds of our species.
– Mahzarin R. Banaji
APS President

Contemporary behavioral scientists, including psychologists, seldom write “big” inclusive books that synthesize a broad, multidisciplinary range of literature in scholarly detail. More commonly, we tend to rely on secondary sources to provide the context within which our arguments might be viewed, especially if the target audience includes nonspecialists in our field. However, the “broader context” often does not extend much beyond related subdisciplines or fields of study. For that reason, we cannot fail to be impressed when a distinguished scholar takes on a topic as broad as the evolution of childhood.

The author of a recent tome entitled The Evolution of Childhood: Relationships, Emotion, Mind, Melvin Konner is an eminent anthropologist whose own major fieldwork was conducted among the !Kung San in Botswana approximately 40 years ago, but his ambitious goal in this book is to review an extraordinarily broad range of original sources to elucidate the evolution first of life, then of mammals, primates, hominids, the genus Homo, and finally Homo sapiens. Having thus localized our species, Konner seeks to explain both why humans experience such extended periods of dependence and what implications this has for the ways in which humans behave toward their offspring.

The breadth of this synthesis is extraordinary. The long but clearly argued text (753 pages) is complemented by an extensive reference list (159 pages). Both text and references are comprehensive and are focused on primary sources (rather than more popular texts or secondary sources) both when discussing the emergence of life at the level of amino acids and when the focus shifts to maternal behavior. Konner’s mastery of the diverse topics covered is similarly profound, an achievement all the more laudable in light of the sheer magnitude of recent scholarship in fields as diverse as evolutionary molecular biology, evolutionary, biological and social anthropology, archaeology, and developmental psychology.

Developmental scientists are sure to be familiar with Konner’s earlier field work among Botswana’s !Kung San in the 1960s. That study had a dramatic effect on both anthropology and developmental psychology, in part because it documented the value of systematic ethological observations (an examination of the major developmental journals demonstrates how profound an impact this had on our field’s methodological preoccupations) and in part because Konner’s substantive conclusions were so provocative. He studied infant-mother interaction in a group of hunters and gatherers ostensibly living in an environment somewhat akin to that in which our species evolved, and this led a generation of scholars, including John Bowlby, the father of attachment theory, to speculate that the study might describe how the first members of our species behaved in the environment of evolutionary adaptedness (EEA).

Although Konner’s observations of children and child care among the !Kung feature prominently in this new book, his goal is much more ambitious: He has set out to synthesize all research findings on the evolutionary emergence of our species, and especially the ways in which humans came to raise their children. As the listing of fields above makes clear, this is a daunting task, but Konner accomplishes it with visionary and integrative aplomb, and the resulting account of human evolution, particularly the evolution of childhood, is coherent and compelling.

Konner draws on a diverse array of disciplines to outline key transitions in the evolutionary process and thus create a context for his analysis, but his central focus is human childhood and its peculiarities (relative to childhood in other mammalian and primate species). Like other physical anthropologists, Konner emphasizes that humans’ distinctive upright bipedal mode of locomotion offered many advantages to our social hunting and gathering ancestors: It allowed us to see predators and prey from farther away, for example, and allowed us to develop our front limbs into effective and versatile exploratory and manipulative tools. However, bipedal locomotion also meant that the mammalian pelvis had to be substantially narrower, and this made it more difficult for human females to deliver offspring at the same stage of development as those in related species.

Human babies have to be delivered when they are still extremely immature. As Konner puts it, the “fourth trimester” of fetal development takes place outside rather than inside the womb, extending the period during which our offspring need to be cared for by conspecifics, especially their parents. To meet their children’s needs without placing themselves at unnecessary risk, mothers needed to count on more enduring social protection and support, and this in turn promoted social behavior, pair-bonding, and the emergence of nascent family groups. Thus protected and provisioned by parents and members of extended family groups, even greater extra-uterine brain development became possible in the context of an extended period of dependent development. As Konner notes, our species is characterized by neural as well as behavioral (including cognitive, affective, and social) development over a much greater proportion of the lifespan than any other primates. He further argues that long protected childhoods, group living, enduring social bonds, and big brains not only make extensive play possible over a number of years as a juvenile, but also ensure that young humans hone intellectual, social, and cognitive skills through these extended opportunities for play.

The success of our species (often at the expense of competing species, including, perhaps, other members of the genus Homo) is probably attributable to our extraordinary behavioral flexibility and adaptability, features that have allowed us to thrive in a diverse range of ecologies, many quite unlike the warmer climates where the species likely evolved. Despite this species-typical flexibility and adaptability, Konner argues that the species H. sapiens is characterized by a large number of behavioral trends, that, he claims, are universal to humans across history and across all known cultures. These claims are grounded in extended analysis, but his lengthy list of “cultural universals” is more controversial.

Psychologists in particular will be uncomfortable with the inattention to variability and individual differences in The Evolution of Childhood, both because references to their existence are overshadowed by the emphasis on universal regularities, and because variability among groups (such as males and females) is typically much greater than the magnitude of mean differences with respect to many behavioral dimorphisms. Although Konner does not attribute these universals to species-typical “hard-wiring,” it is likely that readers will assume that this must be involved. Understandably, Konner also emphasizes observations of childhood among the !Kung when discussing hunting-and-gathering lifestyles, playing down differences among contemporary hunter-gatherers which underscore human adaptability in the face of contrasting ecological demands. More generally, the latter characteristic of contemporary human variation is perhaps inadequately addressed in later sections of the book, where the focus shifts to “universals.”

Cross-cultural and cultural psychologists will also criticize Konner’s analysis of the evolution of culture — a hypothetical process still less accepted than the broader Darwinian model of evolution. To his credit, Konner offers a model that draws upon many of the competing models that have been offered by both anthropologists and psychologists, and his analysis may well provide a valuable synthesis appealing to the many scholars now interested in this complex and important issue.

It is also true that Konner’s account is sometimes selective, paying disproportionate attention to the contributions made by scholars based at or associated with Harvard, where Konner himself studied for many years. Scholars such as Irven DeVore, Robert LeVine, John and Beatrice Whiting, Marjorie Shostak, Patricia Draper, and Sarah Hrdy certainly made outstanding contributions to the field, but so too did other scholars, especially anthropologists and psychologists, who were not part of the Harvard extended family.

Whatever criticisms it may provoke, especially from scholars with more specialized interests and concerns, Konner’s book is nothing short of magisterial. Summarizing 40 years of observation, analysis, and synthesis by one of the most profound thinkers of our generation, The Evolution of Childhood is the most important, thoughtful, and thought-provoking analysis of this topic ever attempted. Although evolutionary accounts of human behavior have proliferated over the last 50 years, changing many of the social and behavioral sciences as well as popular discourse, few contributions have as broad a scope or as profound a reach as Konner’s analysis. Sure to have an enduring impact on the way we think about and study human development, this treatise confirms Konner’s status alongside John Bowlby and Sarah Hrdy in the pantheon of “game-changing” scholars whose attempts to understand the defining features of our species and its origins have fundamentally transformed the ways we think. If you have time to read only one book this year, it really should be The Evolution of Childhood: Relationships, Emotion, Mind.

Observer > 2010 > November > The Evolution of Childhood