A Handy Way to Study the Mind

Gasp! That Face Doesn’t Mean What You Think

A Handy Way to Study the Mind

When you look at a hand, what do you see? We use our hands to shake, strum, bake, eat, and signal pleasure or disdain. But, according to Jonathan Freeman (2018), a hand offers more than a behavioral tool to complete our everyday activities. Understanding a hand’s movements unlocks a map into the mind’s inner workings.

Psychological scientists have long studied hand movements to understand dynamic decision-making processes. Computer-based techniques for assessing fine-grained changes in hand movement speed and trajectory have contributed to this literature’s growth (e.g., mouse-tracking; Freeman & Ambady, 2010). For example, when you go shopping your hand may reach for the tasty marshmallows faster than the healthier mangos. Although this finding may seem trivial, the speed of hand movement trajectories can identify people prone to problem eating (Sullivan, Hutcherson, Harris, & Rangel, 2014). Unusually fast hands can predict an unhealthy future.

A hand movement’s speed tells only part of the story of how it relates to dynamic decision-making. The trajectory of a hand’s movement — the directness of its flight path toward an object — also signals how people make decisions. For example, imagine going to a voting booth and being presented with two candidate options. Both candidates are women who seem equally competent. Your hand wavers as you make your decision. After exiting the poll, a psychologist approaches you and asks, “How much did the candidate’s femininity influence your vote?” “Not at all,” you say. “I voted for the most qualified candidate.”

Or did you? In one study, participants viewed a series of political candidates and indicated whether the candidate was masculine or feminine (Carpinella, Hehman, Freemnan, & Johnson, 2016). Unbeknownst to participants, the computer mouse recorded the trajectory of their hand movement when making their decision (click here for a video demonstration). What did the researchers find? Unlike Democratic candidates, Republican female candidates benefited from being perceived as feminine. Hand movements that veered toward a judgment of masculinity tended to predict lost elections.

To bring this cutting-edge psychological science into the classroom, students will complete a demonstration of mouse-tracking (based on Sullivan et al., 2014). Ask students to think of their favorite foods. In my experience, you won’t have to try hard to get discussion going — students love thinking and talking about food. Did students first think of tasty foods? Healthy foods? Or foods that are both tasty and healthy?

Now that you have primed students to think about food, ask them to place their dominant hand in the center of their desk. Let them know that they will need to move their hand to the left corner or the right corner of their desk as they make some decisions. Using the following slides, ask students to move their hand to the food that they would prefer as quickly as possible. 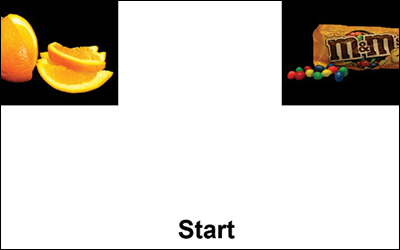 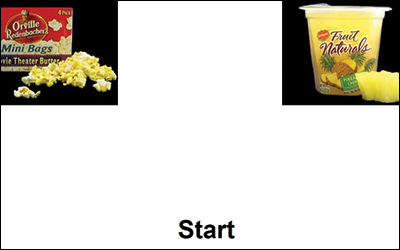 Next, ask students to answer the following questions about their self-control (Brief Self-Control Scale; Tangney, Baumeister, & Boone, 2004) using the following scale: 1=not at all like me to 5=very much like me.

Time permitting, ask students to work with a partner to discuss their reaction to the demonstration and how their self-control score may have impacted the speed with which their hand moved toward the different foods. Finally, instructors can summarize Sullivan and colleagues’ (2014) results. Ask students to predict what the psychological scientists found. The answer? People with relatively low levels of self-control moved their hands toward the healthy foods a bit slower than did people with relatively high levels of self-control. Do students think their responses would replicate those findings? How might measuring hand movements offer a better method for measuring food preferences than simply asking people?

Our hands help us navigate the world. They let us open doors, carry bags, play the guitar, and type papers. But hands do more than that. We extend a hand of friendship; we hand-pick our favorite clothes, foods, and friends; and we offer a helping hand to those in need. In between the mundane and meaningful are the hand’s movements — the slow and fast, the straight and zigzagged. By understanding those minute movements, you can understand a lot about the mind.

Gasp! That Face Doesn’t Mean What You Think

Thanks to textbooks, popular books, and TV shows such as “Lie to Me,” students often believe that facial expressions reveal people’s true feelings. But Maria Gendron, Carlos Crivelli, and Lisa Feldman Barrett (2018) present an about-face, explaining how this misimpression comes from early studies that, unfortunately, have stuck with us.

According to the classical perspective, pouting, gasping, or smiling reveal discrete emotions such as “sadness,” “fear,” or “happiness.” In this view, facial expressions have an evolved, universal, and biological basis (Ekman, 2017). After all, even babies pout and chimpanzees bare their teeth. This perspective drives emotion training for people with autism, behavioral-detection officers in airports, and emotional-intelligence improvement courses. If faces provide basic, universal tells, then people can get better at reading others’ true internal states.

But according to the Behavioral Ecology View (Crivelli & Fridlund, 2018), facial expressions are tools with which people influence each other in different contexts. If I smile while I approach you, the meaning depends on whether I wield a weapon or a wedding gift. A person’s pout could be trying to get the clerk to offer her a free product. A gasp might communicate, “Really? Then what?” In this view, faces, like gestures, facilitate social life.

Diverse Methods to the Rescue

Research methods are the heroes of this story. Gendron and colleagues argue that research techniques used in past studies tipped the scales. In some early studies, researchers showed photos of posed facial expressions (e.g., smiling, scowling, pouting) to members of various small-scale human societies, such as the Bahimeo and Fore of Papua New Guinea (e.g., Ekman & Friesen, 1971). Participants selected the emotional term that matched each face. Despite limited contact with Western cultural contexts, they matched faces to emotion labels or stories in the same way Westerners did. Apparently, a specific set of facial expressions depict people’s internal emotions in the same way around the world!

But Gendron, Crivelli, and Barrett point out that participants were required to select only from emotions (e.g., happy, disgusted, fearful, sad). This method constrains people to assign an internal psychological state (an emotion) to the photo, rather than to something else.

When the methods changed, so did the evidence for universality. For example, when Hadza, Himba, and Trobriander volunteers described faces in an open-ended manner, they used behavior terms such as “smiling” or “smelling” rather than mentalizing emotion terms. When asked to sort faces how they wanted, people used dimensions such as
pleasant–unpleasant, not discrete emotions (Gendron et al., 2014). Other methods asked people to match faces to interactive scenarios (for example, “he is going to start a fight” or “he is greeting you”). This method showed that facial expressions could indicate social intent instead of internal states.

Even when the traditional, constrained method was used, Trobrianders of Papua New Guinea, surprisingly, categorized a gasping face as expressing not fear (as Spaniards overwhelmingly did), but as anger and threat (Crivelli, Russell, Jarillo, & Fernández-Dols, 2016). Therefore, at least one so-called “basic” facial expression is not universal.

Prepare at least three slides with a different facial expression on each (Figure 1) and make three different handouts. Students shouldn’t know that their instructions differ, so you might say, “As I show each photo, please answer the question on your handout. Later we’ll discuss everyone’s reactions. 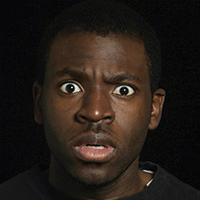 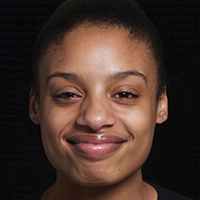 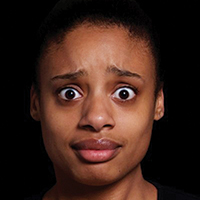 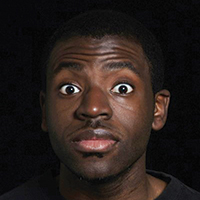 Group A answers this question for each photo:

Group B answers this question:

Have students form groups containing members of A, B, and C. Students will discuss:
Did your responses to the photographs differ? How?

Which of the three research methods constrains people to interpret the photographs in a particular way? Which method is least constrained?

Next, address the universality data on emotions. Ask students to imagine a study comparing a Western culture to a small-scale culture such as the Hadza or Himba:

If you wanted to guarantee finding that people everywhere interpret faces as expressions of emotions, which method (A, B, or C) would work?

Which method would be likelier to find diversity in how people understand facial expressions?

These expressions are posed and rather stereotypical (Gendron & Barrett, 2017). What might happen if the photos depicted spontaneous facial expressions?

How else might you measure people’s interpretations of faces? What results would you expect?

Methodological choices shape both the questions we ask and how we ask them. As they learn about facial expressions, students can reflect upon how methods have influenced our thinking about what faces have evolved to do

Sullivan, N., Hutcherson, C., Harris, A., & Rangel, A. (2014). Dietary self-control is relates to the speed with which attributes of healthfulness and tastiness are processed. Psychological Science, 26, 122–134.