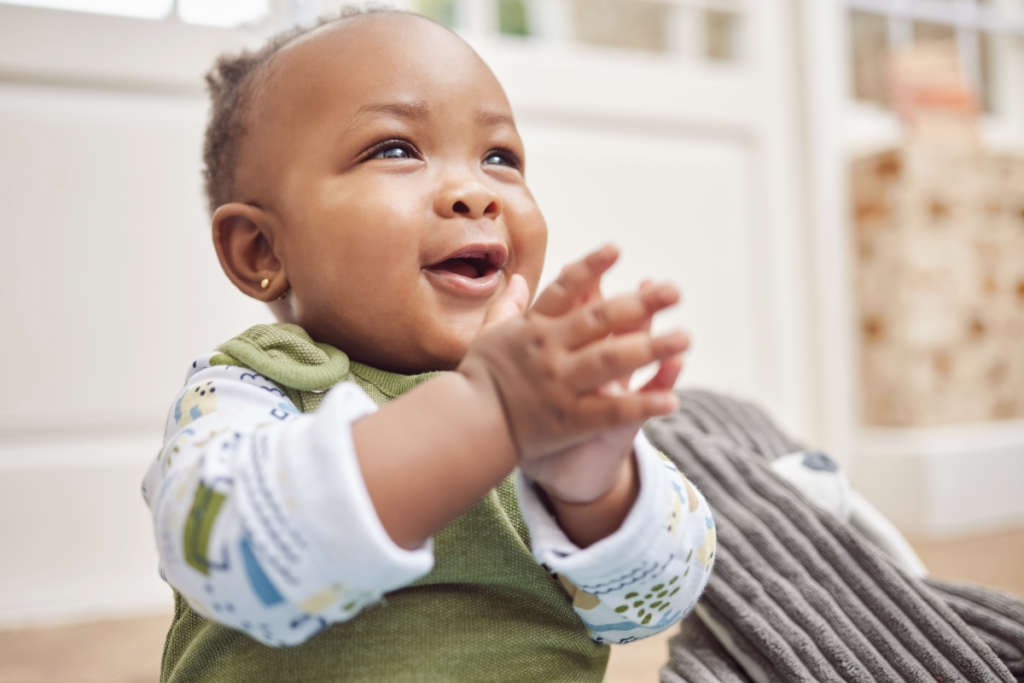 Babies Know: Emotions are Informative! • Getting to Know the Narcissism Hierarchy

By Beth Morling, University of Delaware

In their Current Directions article, Yang Wu and her colleagues ask the question: Can babies and young children use another person’s emotions to infer what the person must have seen or thought?

We already know that little humans as young as 5 months can use positive and negative emotional expressions to reason and form expectations about how an adult feels. For example, when babies see an adult receive a treat, they expect the adult to smile (rather than scowl; see Widen, 2013). Emotions are part of social referencing: A 1-year-old might use their parent’s face to decide if they should explore or avoid a new toy (Walle et al., 2017).

You can use the slides available here

Your students have just reenacted the classic “preferential-looking paradigm”—a technique used in cognitive development research to figure out what infants know. In this case, Wu and her colleagues (Wu et al., 2017) found that infants between 12 and 17 months old are able to map sounds associated with specific positive emotions (e.g., amusement, surprise, deliciousness, and delight) to their probable causes (silly kids, cool toys, yummy foods, and cute babies).

The second activity illustrates infants’ ability to rely on emotions to understand what others see. Bring to the classroom two brown paper bags; in each bag, hide a piece of fruit (or some other food). Invite two students to the front of the room. Start with the first bag and the first student. Look into the bag yourself and make the emotional sound “Mmmmmm!” (as in, “Yummy!”). Place the bag on the table and ask the student to explore the bag themselves. (To really mimic the experiment, ask the student to explore using only their hands.) You and the rest of the class can observe how long this student searches the bag.

Next, pick up the second bag and address the second student. Look into this bag and say, with emotion, “Aww!” (as in, “How cute!”). Then place the bag on the table and ask this student to explore it. You and the rest of the class can observe how long the second student searches.

You’ve just reenacted Wu and colleagues’ second experiment. One-year-olds in their study explored a box longer when the adult made incongruent emotion sounds—such as “Aww!” for a piece of fruit. Just like your second student, the infants in the study probably thought, “That emotion doesn’t go with food! There must be something else in there!”

Wu and her colleagues study a related process: the use of emotions as information. Upon seeing an adult’s emotional expression, can infants and young children work backward to figure out what that person must have seen or thought?

Using eye gaze as a dependent variable (as in the first demonstration), the researchers learned that 1-year-olds can detect the difference between funny, adorable, sympathetic, delicious, and exciting. In addition, the study illustrated babies’ ability to make reverse social inferences: Upon hearing “Haha!” or “Mmmmm!”, babies expected that an adult had seen a silly face or a cupcake, respectively (Wu et al., 2017).

Using search duration as a dependent variable (as in the second demonstration), Wu’s team found that 12- to 17-month-olds can guess what an adult saw even earlier than some theory-of-mind tasks have suggested is possible. In the study, a toddler watched an adult open a box and say, “Awww!” The adult pulled out either a cute stuffed animal (in one condition) or a race car (in another). The adult allowed the infant to explore the box, and the infants spent more time searching in the car condition. Apparently, the infants inferred that because cars are not so cute, something else must have caused the adult to make that sound—an inverse inference.

In sum, young kids seem to know that emotions are rich sources of information about our external and internal social worlds.  They infer what’s safe or scary, what must be hidden in a box, and whether a toy has secret qualities (Wu & Gweon, 2021). As they get older, children can also use emotions to infer what team an adult roots for (Wu & Schultz, 2020) or whether a teacher thinks a classmate is competent (Asaba et al., 2020).

Getting to Know the Narcissism Hierarchy

At its base, narcissism is built on three personality traits: extraversion, agreeableness, and neuroticism (see Miller et al., 2022, Figure 1). Various combinations of these traits form higher-order factors. Before you can know someone’s overall narcissism levels, Miller and colleagues argue, you need to start lower in the narcissism hierarchy. At the bottom of this hierarchy are agentic extraversion, antagonism, and narcissistic neuroticism (Crowe et al., 2019; see Teaching Activity for all definitions). Once you understand how someone scores on these three factors, you can move to a higher level in the hierarchy by measuring their vulnerable narcissism and grandiose narcissism (Miller et al., 2011). Finally, you can use this complex structure of information to create an overall picture of someone’s narcissism levels—or dig deeper into how scores on lower-level factors in the hierarchy predict how they think, feel, and act (Miller et al., 2011).

APS Fellow Beth Morling is professor of psychological and brain sciences at the University of Delaware. She attended Carleton College and received her PhD from the University of Massachusetts at Amherst. She teaches methods, cultural psychology, a seminar on the self-concept, and a graduate course in the teaching of psychology.