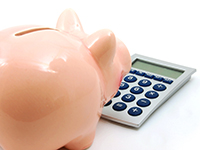 Unlike civilian government employees, active-duty servicemembers must log into a specific website and select how much they’d like to contribute in order to enroll in the Thrift Savings Plan (TSP), a government retirement savings program. The Defense Finance and Accounting Service (DFAS), the White House SBST, and university researchers worked together to design and test an email-based intervention aimed at boosting TSP enrollment among members of the military.

The team randomly assigned 806,861 unenrolled servicemembers to a no-email control group or one of nine email groups. Some received an email featuring standard information from the TSP and DFAS websites; others received one of eight emails with features drawn from behavioral science, including delineated action steps, a “fresh start” frame, a forced-choice decision, or an emphasis on the short- and/or long-term benefits of savings contributions.

A month after sending the emails, the researchers found that 14,491 servicemembers had enrolled in TSP. Nine-hundred-twenty of the newly enrolled had not received an email (1.14% of the no-email group); 1,255 had received the standard message (1.56% of the standard-email group), and 12,316 had received one of the eight behavioral-science-based emails (1.91% of the treatment-email groups). The data suggest that the standard email increased enrollment by 0.42 percentage point, whereas the specially crafted emails increased enrollment by 0.77 percentage point.

The most effective email elucidated the steps required to enroll and highlighted the potential long-term benefits of setting aside even a small amount of money each month.

Based on these findings, the researchers conclude that science-based messages can help to boost servicemembers’ contributions to retirement savings, strengthening their overall financial health.