Observer > 2021 > July/August > What’s Wrong With This Picture? Just About Everything 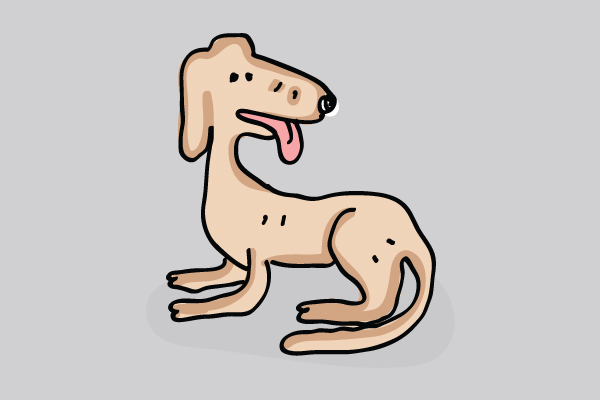 Pavlov did not ring a bell as a conditioned stimulus (CS). The initial experiments on salivary conditioning were carried out by Pavlov’s research assistants, Sigizmund Vul’fson and Anton Snarskii, who used a visual rather than auditory cue as the CS. The experimental protocol was relatively simple. A substance such as dry food, sand, or sour water was placed in a dog’s mouth on repeated trials. These substances elicited salivation without training, or unconditionally. The novel finding was that after a number of trials, the dogs started salivating at the sight of the substance that was to be placed in their mouth. The source of the visual CS in the original experiments is highly significant and has broad implications for how Pavlovian conditioning occurs in the natural environment.

In a typical diagram, the CS (in this case, a bell) is characterized as a “neutral” stimulus that is initially unrelated to the unconditioned stimulus (US; in this case, a steak). However, that was not the case in Vul’fson’s and Snarskii’s experiments. The dogs in their experiments learned a relationship between different features of the substances or objects that were placed in their mouths. Those objects had features that elicited salivation unconditionally and visual features that came to elicit salivation through association with the US features. The fact that the CS and the US were features of the same object ensured that the two stimuli would be experienced in close temporal proximity, which facilitated their association.

Pavlovian conditioning requires repeated pairings of a CS with a US. Such pairings occur outside the lab only if there is an inherent relationship between the CS and the US. Thus, Pavlovian conditioning in the natural environment involves the type of arrangement that Vul’fson and Snarskii created. Most naturally occurring examples of Pavlovian conditioning involve learning about a CS that has an inherent or pre-existing relation to the US and therefore is not “neutral” or “arbitrary.” When a child becomes fearful of dogs after a dog bite, they are forming the type of within-object association that Vul’fson and Snarskii originally demonstrated. One feature of the dog (its visual appearance or bark) comes to elicit fear because it is associated with other aspects of the dog (the dog’s bite). Social phobias, fear of public speaking, and fear of intimacy are all learned in the same fashion: The presence of others becomes a signal, or CS, for an aversive outcome, or US, in certain social situations.

Most naturally occurring examples of Pavlovian conditioning involve learning about a CS that has an inherent or pre-existing relation to the US and therefore is not “neutral” or “arbitrary.”

Learning to link together different features of an object or situation extends the scope of Pavlovian mechanisms well beyond conditioned salivation. However, the emphasis on conditioned salivation in teaching about Pavlovian conditioning has promoted the misconception that Pavlovian learning is limited to glandular responses that are of little psychological interest. B. F. Skinner reflected that line of thinking in his landmark book, Science and Human Behavior (1953), in which he seemed to take pleasure in Bernard Shaw’s irreverent description of Pavlov’s work as just having to do with “the spittle of dogs.” Unfortunately, Skinner’s take on Pavlovian conditioning remains evident in contemporary books on behavior analysis. The latest edition of the comprehensive text Applied Behavior Analysis (Cooper et al., 2020), for example, includes Skinner’s claim that “reflexes, conditioned or otherwise, are mainly concerned with the internal physiology of the organism” (1953, p. 59). This claim ignores research on different forms of Pavlovian conditioning such as sign tracking, goal tracking, sexual conditioning, and conditioning of various forms of defensive behavior that promote effective interactions with the external environment rather than “internal physiology.”

The common diagram of Pavlovian conditioning also promotes the misconception that a discrete conditioned reflex is the primary outcome of Pavlovian learning. However, Pavlovian conditioning is also involved in the learning of emotions, preferences and aversions, and likes and dislikes that can be expressed in a variety of different ways. In many cases, moreover, the most important outcome of conditioning is not the emergence of a new response to the CS but the capacity of the CS to change how the individual responds to the US. The conditioned salivation that Vul’fson and Snarskii observed was important because it enabled the dog to respond more effectively to the dry food or sand that was about to go in its mouth. In a similar fashion, studies have shown that conditioned stimuli enable organisms to cope more quickly and more effectively with a variety of different unconditioned stimuli such as food, an aggressive intruder, or a potential sexual partner. Conditioned modifications of the response to the US are also critical when the US is the administration of a drug: Learning to anticipate the drug allows individuals to make homeostatic compensatory adjustments that reduce the drug’s effects. These conditioned compensatory responses are missing if the drug is taken in the absence of the usual drug-predictive cues, and that can result in drug overdose. Thus, rather than being concerned just with the “spittle of dogs,” Pavlovian conditioning can be a matter of life or death.

We have learned a lot since the pioneering experiments of Vul’fson and Snarskii. No one diagram can be expected to accurately capture the richness of contemporary knowledge about Pavlovian conditioning. However, I hope that diagrams can be developed that will at least represent the original experiment correctly and show Pavlovian conditioning as the pervasive natural learning phenomenon that it is rather than a creation of laboratory scientists who misleadingly label a CS as “neutral” or “arbitrary.”

Observer > 2021 > July/August > What’s Wrong With This Picture? Just About Everything

Thank you for a very informative article and for “setting the record straight” on the original procedures used in Pavlov’s Lab. I may have missed it but, is there any reference cited that was used to provide details of the original research (assistant’s names, stimuli used, etc). I would be very interested in getting any available material on Pavlov’s original work (most published in Russian or German perhaps Journals? )
Thank you

The most important response that is conditioned during classical conditioning is not one of the simple physiological reflexes, but the emotional reaction to signals that appear to predict something good or something bad. In the case of food, this reflex is enthusiasm (positive excitement plus approach tendencies). In natural situations, this response helps to emit unlearned and learned responses to get and consume the food, and it remains the most important part of the conditioned reflex. In classical conditioning, however, the dog is restrained, cannot emit such approach responses. Hence, these are to no avail and are extinguished in the course of a number of trials, and nothing remains but the physiological salivary reflex, which are still useful because they help with swallowing and digesting the food.

In the case of negative classical conditioning, the main thing conditioned is the emotional fear of a repetition of the shock, not the physiological reflexes to the shock. In natural situations, this fear response does much to motivate potentially effective escape and avoidance responses.

Psychological instruction would be helped if these anticipatory emotional responses, preparing the subject for instrumental action toward the challenge, will be stressed instead of minor physiological responses, when classical conditioning is discussed.

Michael Domjan, an APS Fellow, is professor of psychology at the University of Texas at Austin and author of Principles of Learning and Behavior (7th edition, Cengage, 2015) and Essentials of Conditioning and Learning (4th edition, American Psychological Association, 2018).