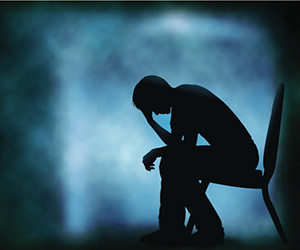 Psychological scientists have done extensive research on the links between emotion and mental illness as well as on the connections between emotion and emotional experience. Until recently, these two channels of investigation had remained relatively separate, but a Special Series on Emotions and Psychopathology in the new issue of Clinical Psychological Science aims to connect these two areas of study by bringing the most recent research from affective science to bear on the ways that clinicians and researchers think about, diagnose, and treat clinical disorders.

“[C]linical researchers are now beginning to draw on the full range of concepts and methods from affective science to better understand the emotional processes that lie at the heart of a wide range of psychopathologies and to develop emotion-targeted interventions,” explain Jessica Tracy and colleagues in their introduction to the section. The section, which includes research on psychopathy, depression, personality, and schizophrenia, is available free to the public.

Tracy, a Michael Smith Foundation for Health Research Scholar, and a Canadian Institute for Health Research New Investigator, directs the Emotion & Self Lab at the University of British Columbia and serves as an associate editor at Emotion. Her research concentrates on the “self-conscious” feelings of pride, shame, guilt, and embarrassment, which she suggests are fundamental to evolutionary models of emotions. At the 2014 APS Annual Convention, Tracy participated in three events that focused on motivation and emotion, the nature of pride, and social-personality construct.

As a leading researcher on emotion, Tracy will speak as part of an integrative science symposium at the inaugural International Convention of Psychological Science, 12–14 March 2015, in Amsterdam, the Netherlands. The symposium, “Nonverbal Communication,” explores how people communicate emotions nonverbally beyond using facial expressions, such as slumped shoulders to indicate defeat. Others on the panel include APS Fellows Beatrice de Gelder (Maastricht University, the Netherlands) and Klaus Scherer (University of Geneva, Switzerland), and David D. Puts (Pennsylvania State University)