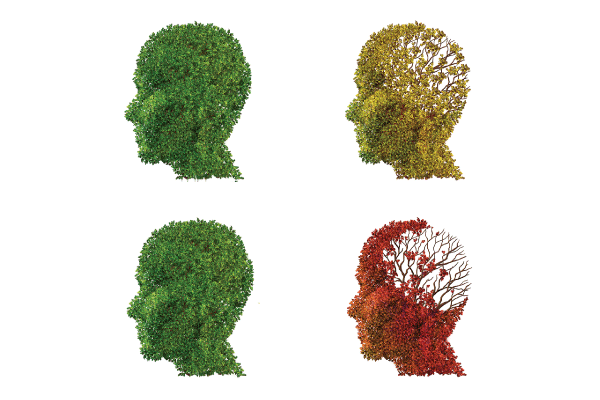 Education and Cognitive Functioning Across the Life Span

Psychological Science in the Public Interest

On Intersectionality: How Complex Patterns of Discrimination Can Emerge From Simple Stereotypes

Black men are disproportionately stopped by police to a degree that cannot be explained by the simple or additive effects of being Black and male. What explains this pattern of discrimination? In a set of simulations, Hester and colleagues found that combining simple stereotypes with threshold models of behavior (e.g., “if someone’s threat level seems higher than X, stop that person”) can explain the patterns of complex discrimination found in gender-by-race and gender-by-age discrimination in police stops. These simulations suggest that some complex behaviors can arise from relatively simple cognitions.

A Meta-Analysis of the Relationship Between Sleep Problems and Loneliness

Hom and colleagues analyzed 84 articles and found small-to-medium and medium associations between perceptions of loneliness and specific sleep complaints, such as insomnia, nightmares, and poor sleep efficiency and quality. Further analyses of longitudinal studies suggest that the relationship between sleep problems and loneliness is bidirectional. The authors propose that future research is needed to identify the mechanisms that underlie the relationship between sleep problems and loneliness and how they influence one another over time.

Helping or Harming? The Effect of Trigger Warnings on Individuals With Trauma Histories

Verkuyten and colleagues compare and contrast three different understandings of intolerance, along with the different implications for how we react to intolerance. They discuss the affective state, psychological process, and behavioral outcomes of (a) prejudicial intolerance based on closed-mindedness and antipathy toward a group of people; (b) intuitive intolerance involving unreflective disapproval of out-group practices or beliefs; and (c) deliberative intolerance involving interference with out-group practices or beliefs that are considered to violate one’s values. Verkuyten and colleagues suggest that attention to these diverse understandings of tolerance can enhance psychology’s contribution to the development of intergroup relations.

Children’s Language Skills Can Be Improved: Lessons From Psychological Science for Educational Policy

Hulme and colleagues review recent research indicating that some language interventions may improve children’s oral language skills as well as their reading comprehension. The effects of language interventions aimed at improving children’s vocabulary and narrative skills, among others, are not large, but they are significant, especially when the interventions are high quality and implemented in small groups rather than in whole classrooms. Although the authors recognize the need for further research examining the long-term effects of these interventions, they highlight the implications of these findings for education, as poor language skills likely create educational disadvantages.

Rock the MIC: The Matrix of Implied Causation, a Tool for Experimental Design and Model Checking

Brick and Bailey introduce the matrix of implied causation (MIC) as a tool for easily understanding and reporting a model’s implications for the causal relationships between variables. MICs can help to directly examine causal implications in path modeling, including structural equation modeling. The authors use examples from the literature to illustrate the use of MICs in model checking and experimental design and argue that when researchers use models with causal implications, they should also use MICs to help to differentiate among models with otherwise similar fit.