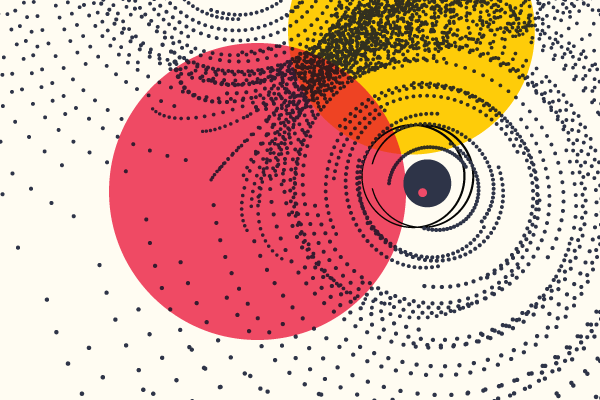 Individuals appear to be prone to the conjunction fallacy—rating a conjunction of specific events as more likely to occur than only one of the events, despite this being a logical impossibility—when reasoning about physics. Participants viewed videos of physical scenarios and judged the probabilities that single and combined events would occur. Regardless of the type of scenario or phrasing, participants rated the combined events as more likely than the single events. These findings indicate that intuitive physical reasoning can be affected by a fallacy thought to affect only other types of cognitive activities.

Prosocial Influence and Opportunistic Conformity in Adolescents and Young Adults

Social influence can be both a vulnerability and an opportunity to boost prosocial behaviors. Participants between 11 and 35 years old received 50 tokens (with real monetary value) and decided how many, if any, they wished to donate to different charities. After making their decisions, participants were informed of others’ decisions and allowed to revise their donations. Older participants were least likely to revise their donations after learning about others’ donations. Contrary to previous research findings, adults were as likely to conform to selfish others and to prosocial others, just like adolescents.

The Altered Course of Learning: How Alcohol Outcome Expectancies Are Shaped by First Drinking Experiences

The Factor Structure of Social Cognition in Schizophrenia: A Focus on Replication With Confirmatory Factor Analysis and Machine Learning

Social cognition (the processes needed to use information for adaptive social interactions) might help to explain heterogeneity in functional outcomes in schizophrenia and develop interventions to improve functional recovery. Thus, Riedel and colleagues aimed to clarify the factor structure of social cognition in schizophrenia, using confirmatory factor analysis and machine learning. Results validated a three-factor model for social cognition—low-level (e.g., emotion recognition), high-level (e.g., empathy), and attributional bias factor (e.g., tendency to over attribute hostile intentions to others). Each of these factors showed different patterns of correlation with clinical symptoms, nonsocial cognition, and functional outcomes.

Haines and colleagues tested three groups of participants with different levels of substance use (indicating different levels of impulsivity) on a task that measured impulsive decision-making. The authors also analyzed participants’ trait impulsivity (strong preference for immediate over delayed rewards and difficulty inhibiting their behaviors) and state anxiety (i.e., momentary anxiety, contrasting with constant anxiety as a stable trait). Individuals with high trait impulsivity and experiencing high state anxiety appeared to make more optimal, future-oriented, and nonimpulsive decisions than when they were experiencing lower anxiety. Thus, among impulsive individuals, anxiety can diminish a preference for immediate rewards.

Bell and colleagues argue that models of delusions should not solely focus on impairments to domain-general reasoning but should also account for processes involved in affiliation, group perception, and relationship management. The researchers suggest that models of delusions that include alterations to these social processes can account for the fact that delusions are socially themed, show reduced sensitivity to social context, and can be induced through adaptive social cognitive processes that also contribute to social integration. Bell and colleagues further suggest that the role of dopamine in both delusions and social organization supports these models.

What do we know about children’s and adolescents’ awareness, beliefs, and behavior regarding social inequalities? Elenbaas and colleagues use a social reasoning developmental (SRD) model to describe when, in our development, we become aware of social inequalities, how children and adolescents generate explanations for those inequalities, and how that reasoning informs what they think should be done to address inequality. Research indicates that children’s concerns for fairness emerge early and allow them to identify and try to correct inequality. Elenbaas and colleagues suggest that continued investigation in this area may help to foster a more just society.

What Your Nose Knows: Affective, Cognitive, and Behavioral Responses to the Scent of Another Person

People associate body odors with different types of information, such as personal characteristics or emotional states. Hofer and colleagues review recent research on responses to strangers’ body odors (e.g., the scent of a sick person leads perceivers to judge them as less “likable”; the scent of a fearful person increases the perceiver’s anxiety) and new research about the consequences of loved ones’ scents (e.g., a loved one’s body odor reduces stress and enhances sleep). Hofer and colleagues suggest that future research should explore how people acquire the knowledge they use to make odor-based inferences.

When Ignoring Negative Feedback Is Functional: Presenting a Model of Motivated Feedback Disengagement

Sometimes people ignore negative feedback to feel good (i.e., hedonic-goal attainment), Grundmann and colleagues argue. They propose that the negative affect induced by negative feedback might make people more motivated to feel good (i.e., pursue a hedonic goal) than to improve their performance (i.e., pursue an improvement goal). Thus, after forming the intention to regulate their emotions, feedback recipients implement an emotion-regulation strategy that can include engagement (reappraisal and feedback focus) or disengagement (distraction and feedback removal). These strategies will impact feedback results differently.

Why Facts Are Not Enough: Understanding and Managing the Motivated Rejection of Science

The public in general can deny the validity of scientific findings (e.g., climate change, vaccination). Hornsey suggests that motivated reasoning might explain why it is so difficult to change science-skeptical attitudes—that is, if people are motivated to hold a belief, they selectively interpret evidence that reinforces their belief. He proposes that scientific communication might be more effective if it relies on understanding six reasons and motivations for science-skepticism: ideologies, vested interests, conspiracist worldviews, fears and phobias, personal-identity expression, and social-identity needs.

Drinking Together and Drinking Alone: A Social-Contextual Framework for Examining Risk for Alcohol Use Disorder

Creswell proposes a framework for examining the risk for alcohol use disorder (AUD) that focuses on the importance of the context in which drinking occurs. The author reviews research comparing antecedents and consequences of social and solitary drinking in adolescents and young adults. Creswell shows that social drinking appears to be linked to enhancing positive emotions and social experiences, whereas solitary drinking appears to be linked to coping with negative emotions. This social-contextual account of AUD might allow clinicians to better understand why individuals drink and help to identify the best approach for clinical interventions.

Contact Tracing: A Memory Task With Consequences for Public Health

Contact tracing—the process through which public health officials identify people who contacted someone infected with a virus or other hazard—is among the most powerful weapons against COVID-19. Contact tracing’s efficacy depends on the quality of information that infected people may provide; thus, it might be affected by the same challenges that affect witnesses and investigative interviewing. Garry and colleagues identify these challenges (e.g., imprecision, memory mistakes, omissions) and possible approaches to address them (e.g., use of questions and instructions that promote detail and accuracy, development of good rapport).

Asymmetries in Mutual Understanding: People With Low Status, Power, and Self-Esteem Understand Better Than They Are Understood

Your Coefficient Alpha Is Probably Wrong, but Which Coefficient Omega Is Right? A Tutorial on Using R to Obtain Better Reliability Estimates

Advances in Methods and Practice in Psychological Science

Measurement Schmeasurement: Questionable Measurement Practices and How to Avoid Them

Advances in Methods and Practice in Psychological Science

Flake and Fried define questionable measurement practices that jeopardize the validity of measures and study results. They also offer practical actions to avoid these practices, arguing for the transparency of measurement decisions. Reporting the following information may help to ensure transparency about measurement practices: construct definition and its theoretical/empirical support; justification for the measure selection; existing validity evidence; measure and administration procedure; response coding and transformation; detailed score calculation; all psychometric analyses; detailed descriptions of measurement modifications; and creation of any new measures and their detailed description and justification.