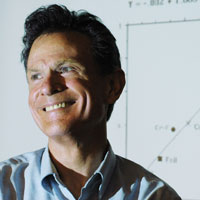 William P. Banks, professor of psychology at Pomona College and Claremont Graduate University, died this spring after a brave battle against scleroderma. Founding editor of the journal Consciousness and Cognition, consulting editor of the Journal of Experimental Psychology, and author of over a hundred articles and books, he is best known for pioneering the use of signal detection theory to analyze memory, applying the techniques of psychophysics to alcoholism, and exploring post-hoc inferences of free will. He also published studies of internal speech recoding, motion cues in visual illusion, volitional effects on criminal behavior, cultural differences for personal boundaries, iconic memory decay, philosophical qualia, brain asymmetries in lexical congruity, and the basis of human evil. Bill loved breadth.

In 42 years of teaching, Bill quietly shaped the early careers of many cognitive scientists. I met him in the “Perception and Cognition” course that he offered from 1969 to 2010. After three years as his student and TA, he asked if I’d ever considered becoming a cognitive psychologist. The first person in my family to attend college, it was like being asked if I might become a fish — impossible! But in his unassuming way, with an offhand comment now and then, Bill built his case: You’ll be paid for your intelligence, your work ethic will be valued, and you’ll be free to choose your topics. You have nothing to fear, he claimed, you can handle the work and get a fellowship. I had never heard that word. Faced with my incredulous expression, Bill explained that the best universities in the world might pay me to be their student. He steered me through the potholes of graduate school application, then cheered me on through the PhD, my first article, my first book, and my first job. He believed in me more than I believed in myself, and through his confidence I gained mine. There is no greater gift, and he gave it to hundreds of his students.

Bill had a special talent for inspiring originality. Inviting faculty, graduate students, and undergrads to his lab meetings, Bill expected good ideas from everyone and offered so many of his own that we could hardly keep track. The result was a flood of creativity that buoyed the careers of countless budding psychologists. When a new result surprised, delighted, or dismayed him, Bill would throw his arms up in a gesture of faux despair, releasing a sharpened pencil that lodged in the acoustic ceiling tiles above his head. Entering his office, we had only to glance at the ceiling to assess the state of science by counting the pencils. He fostered a sense of camaraderie among us, an openness and warmth that I have never experienced elsewhere in 30 years of academic life.

The infamous Professor Banks also taught aerobics at Pomona College, bringing teenaged super-grunts to their knees panting for breath, while he — in his forties, fifties, and sixties — worked on tirelessly, shouting over his mix tapes and dancing with wild abandon. His music ranged from Sam the Sham to Jimi Hendrix, and Jimmy Buffett’s “Cheeseburger in Paradise” was an all-time favorite. I picture Bill today enraptured with a new idea — pencil flying, music pounding, cheeseburger poised — with a wide smile on his face and with a thousand cognitive scientists trying to keep up.

Thank janet for writing this article about my father

Janet L. Jones is an APS Charter Member and Professor Emerita of psychology at Fort Lewis College. She is the author of multiple books, including the textbook Understanding Psychological Science. Comments on this article may be sent to jones_janet@fortlewis.edu.