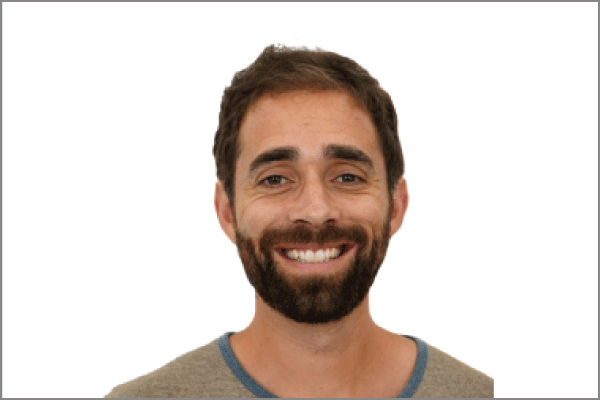 You are an organizational psychologist studying teamwork in space and space analog (SSA) environments. What do you do in this capacity?

I study which individual, group, and contextual factors enable long-term, successful human collaboration under conditions of isolation, confinement, and extremeness. Typically, we find these conditions in work contexts such as the polar regions, oil platforms, mines, submarines, and space. I use a mixed-methods approach: I combine qualitative and quantitative methods with measures collected during field work and remotely to triangulate data and gain a deeper knowledge of what drives effective teamwork in SSA environments.

What led to your scientific interest in applying organizational psychology to space and space-analogue environments?

I have always been interested in studying how and what people change to solve challenges they encounter in the workplace. Space and space-analog environments are fertile ground for this research. Humankind has its eyes set on the stars again, and this time it feels like it is for real. Very soon we will have the first Moon and Mars colonies! I have the opportunity to contribute to this endeavor, hopefully by helping to unpack the factors that drive effective teamwork under extreme conditions (e.g., microgravity, boredom).

You just spent some time in Antarctica, doing research related to the Portuguese Polar Program. Can you tell us more about that experience?

The Portuguese Polar Program is one of the youngest Polar programs in the world. I’ve been working with an international team since 2017, including Jan Schmutz (Switzerland), Mirko Antino (Italy), Walter Eppich (USA), and Travis Maynard (USA), to learn how Antarctica teams adapt to unexpected challenges during their summer campaigns. This year we got the support from the Interdisciplinary Network for Group Research and the Negotiation and Team Resources Institute. So far, I have completed two Antarctic campaigns on King George Island. We worked in three Antarctic research stations, becoming quickly and deeply immersed in the research environment. We have gathered more than 50 interviews covering scientists, managers, and staff; performed more than 200 hours of field observation; and collected quantitative data on more than 60 adaptation events.

What main findings has the project yielded thus far?

We found that different teams’ processes are meaningful for team adaptation at different phases. For example, contingency planning and building cohesion are mostly relevant before the campaign (the term for when the teams are placed into action to achieve the desired goal). During the campaign, the relationships between scientists and the station staff are the main predictors of team adaptation. So far, we can tentatively say that interpersonal relationships are one key enabler of successful team adaptation in Antarctica. During summer campaigns, if people build good social relations, there are greater chances to receive support when solving a challenge that threatens performance. Of course, we are aware that these results are not so different from what we know from other nonspace contexts (e.g., offices)­. However, we have evidence that different variables have different weights. For example, if you don’t build relationships from the start, it’s unlikely that any other aspects that predict adaptability will develop, which is different from what traditional models predict. So this research has provided support for team adaptation theories we already have, but if we zoom in, we see nuances we were not aware of. Ultimately, the same may apply to space.

What are your plans for applying and/or extending these findings in the future?

What we learn from SSA environments can help to design the organizational and management structures of other work environments, such as oil platforms, mining stations, or, ultimately, space stations. This will probably allow us to create a broader model of human behavior that we can export to a moon colony or a Mars colony. The type of social structures that we will have in space will likely be similar to what we see in Antarctica. Of course, the first settlement will be smaller but, maybe in 20 years, we might have several colonies, maybe larger, and these settlements will be collaborating with limited resources. Then, what we are learning now about how adaptation can be enhanced in Antarctica might be transferred to the design of these space colonies—you’ll know the characteristics of people to be recruited and the organization of the stations that might maximize adaptation and, therefore, effectiveness.

Related: “How Do We Get to Mars? (And How Do We Stay Psychologically Healthy in the Process?),” also from the May/June Observer.

What an incredibly interesting and extremely important project.