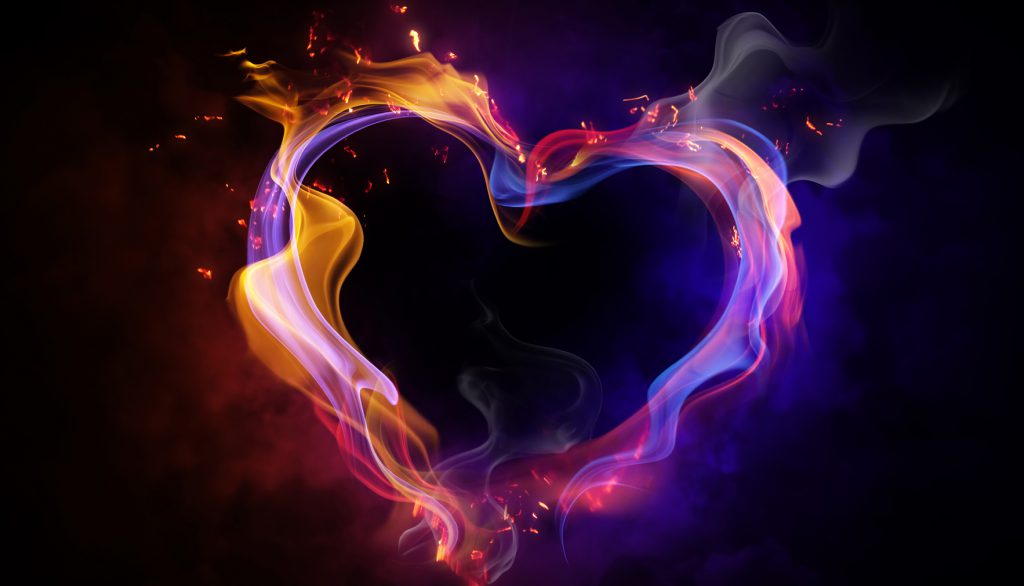 If there’s one sentiment shared by all great artists, from Shakespeare to Beyoncé (not that we’re comparing the two), it’s this: Love is intense. Most of us can attest to the powerful, irrational, and consuming experience of passionate love. It’s been the central theme in drama, poetry, music, art, and daytime soap operas for hundreds of years (the length of time that One Life To Live seemed to be on the air).  But only in the last century have psychological scientists begun to regard passionate love as a viable research topic. 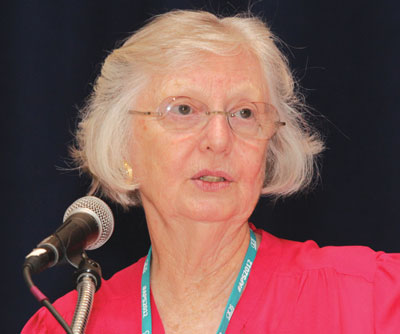 Elaine C. Hatfield recounted this short history of research on passionate love, and offered some predictions for the future of this area of study, in her William James Fellow Award Address at the 24th APS Annual Convention. It would be difficult to find a more qualified guide to this particular line of research than Hatfield, a professor of psychology at the University of Hawaii and pioneer of the psychological study of love and sexuality: She and Ellen S. Berscheid, her long-time collaborator and corecipient of the William James Fellow Award, have been studying the topic for more than 50 years. Together, they overcame the rampant sexism they encountered early in their careers to break new ground in psychological science with their theories about physical attraction and love.

“Harry Reis once introduced the both of us as the Thelma and Louise of psychology,” Berscheid said in her introduction of her colleague and friend, “and it was more true than he knew or we will ever tell.”

Hatfield became interested in the subject as a young researcher who looked around at her friends in various stages of romantic relationships and wondered, “Why are people so crazy when they’re in love?” (“Elaine could always see opportunities for research in the most unpromising circumstances,” according to Berscheid.)

At the time, scientific literature on romantic love was hard to come by, save for a smattering of one-off reports done by researchers who had made their names in other fields. In those early days, it seemed, “they did one study, and then they ran for the hills,” Hatfield said. “We had a lot of questions, and no answers.”

Next they wondered, how can you measure it? In order to objectively assess passionate love, Hatfield and collaborator Susan Sprecher developed the Passionate Love Scale (PLS) in 1986. The 15-item scale asks subjects to think of a person they love right now or once loved and rate on a scale of 1 to 9 the truth of various statements, such as “______ always seems to be on my mind.”

“It’s designed to measure an insane emotion, and it seems to do that very well,” Hatfield said. Indeed, a host of new studies using fMRI technology confirm this, showing a strong correlation between the results of the PLS and activity in appropriate brain regions.

fMRI studies have also illuminated some of the physiological mechanisms underlying passionate love. When shown a picture of the person with whom they are in love, subjects in the throes of passion tend to show activation in brain areas associated with motivation, euphoria, and reward. This brain activity is highly similar to the pattern of activation seen in another all-consuming condition: drug addiction. As you might predict from this pattern, subjects show greater activation in areas associated with craving, obsession, and despair after, as Hatfield put it, “things have fallen apart.” Studies have also confirmed her theoretical stance that passionate love and sexual desire, while not identical, are tightly linked in the brain. 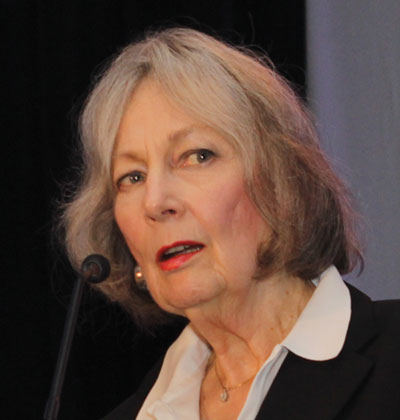 Hatfield’s hypotheses have been borne out by anthropological research, too. While historically passionate love has been widely considered to be a purely Western phenomenon, recent anthropological studies have found no significant differences in the prevalence or intensity of passionate love among people of different ethnic backgrounds. “Obviously, culture can have a profound impact on how people experience love,” she said, “yet it’s become pretty clear that passionate love is a cultural universal.”

Hatfield has several predictions for the future of love, sex, and marriage. Culturally, she envisions a world that continues along the current trajectory of increasing acceptance of formerly taboo practices such as cosmetic surgery, interracial relationships, and homosexuality. She also foresees the status of women improving, with more gender equality and a growing trend of both spouses working. But perhaps the greatest — and most unpredictable — changes will be those borne out of technological advancements. The sheer novelty of such phenomena as online dating, Second Life avatars, and the ever-expanding online catalog of pornographic material and technologically facilitated sex means that there is as yet little understanding of what kind of impact these will have on our sexual and loving relationships. Hatfield also believes that advances in reproductive technologies will no doubt play a role in the future of our love lives, as will our increased life expectancy and medical advancements in the treatment of AIDS and sexually transmitted infections.

Just what these cultural, economic, and technological changes mean for how we view and experience love and sex is a mystery, and it is what makes social psychology “just the field to be working in now,” Hatfield said.

“If we could come back in 200 years and talk to you folks and see what’s happening,” she said, “it should be quite a story.”

As a grad student at Indiana in 1967, I read their “dating study” on physical attractiveness (JPSP)shortly before leaving for Miami. Somehow we named our next child (daughter) Elaine, but I’m sure that is completely coincidental. Also, Elaine was the first (already)superstar colloquium person I invited to speak here. She noted the “Hatfield” insurance company in downtown (uptown?) Oxford, and the quickness with which one could transverse the entire village by car. This was probably 1968-9. Elaine was at Wisconsin. I then did a few studies on the physical attractiveness stereotype, where the biblio had about 6 references (mostly Ellen & Elaine’s).