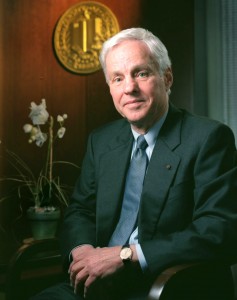 The National Academy of Sciences has received a gift of $3.5 million from APS Fellow Richard C. Atkinson to establish the NAS Prize in Psychological and Cognitive Sciences. Beginning in 2014, a $200,000 prize will be given biennially to an individual (or pair of individuals) “responsible for significant advances in the psychological and cognitive sciences with important applications for formal and systematic theory in these fields.”

Atkinson, an APS Charter Member, is a former director of NSF, former Chancellor of the University of California, San Diego, and was president of the University of California system from 1995 to 2003. “Dr. Atkinson’s generous gift enables the National Academy of Sciences to recognize outstanding individuals who are making fundamental contributions to the advancement of these important areas of science,” said Ralph J. Cicerone, president of the National Academy of Sciences, in a press release.

Although the psychological and cognitive sciences are long-established fields and many senior scientists are deserving of the award, the intent of the prize is to honor recent work in these areas of research. Recipients will be selected by NAS members in these disciplines, and prizes will be awarded at the NAS annual meeting.