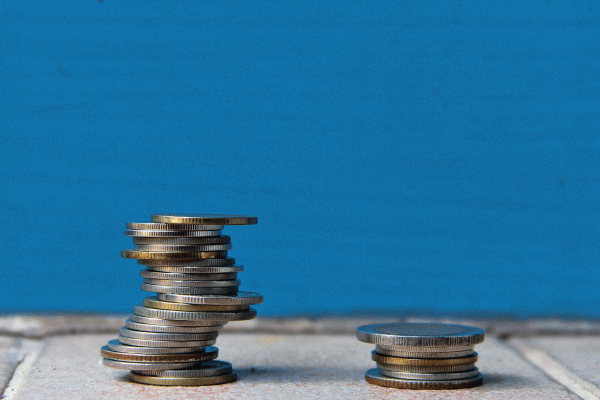 The vast majority of Americans underestimate the magnitude of economic inequality between Whites and racial minorities, particularly Black and Latinx people, according a research reported in Perspectives on Psychological Science.

In a national survey of more than 1,000 adults from racial and socioeconomic backgrounds largely representative of the demographics of the United States, researchers have found that people overestimate the current state of White-Black wealth equality by 80 percentage points above U.S. government data on actual household wealth.

The respondents also estimated the wealth gap between White and Latinx families to to be greater than the gap between Black and White households. when the opposite is true, the researchers led by APS Past Board Member Jennifer A. Richeson and psychological scientist Michael W. Kraus of Yale University report. Participants’ views on the wealth disparity between Asian Americans and Whites were slightly less misguided, but still below the actual figures, they write.

“Americans tend to believe that this is a country that is naturally and automatically ascending toward justice,” says Kraus, first author on the report. “This latest work has been about just how deeply these narratives lead us astray from the stark reality of racial economic inequality in our country.”

The research expands on a previous examination on the perceptions of racial economic equality held by Black and White Americans that Kraus, Richeson and graduate student Julian Rucker conducted in 2017. On average, the participants in that work overestimated the current state of Black-White economic equality (based on multiple markers of economic well-being) by about 25% over federal income statistics.

In the latest work, the team — including postdoctoral scholar Ivuoma Onyeador and graduate student Natalie Daumeyer — surveyed a broadened spectrum of US residents and added questions related to perceptions of Asian American and Latinx family wealth. They also asked participants to estimate Black-White wealth disparities at 12 points in time between 1963 and 2016. Respondents underestimated this wealth disparity at all time points, with participants approximating the gap at about 40 percentage points lower than its actual size in 1963 and 80 points lower in 2016. Overall, more than 97% of participants overestimated Black-White wealth equality.

The researchers also examined perceptions of Black-White wealth equality at multiple levels of family education and income. They predicted that participants would believe that Black families with high income and advanced education were most likely to have the same amount of wealth as their White counterparts. And indeed, they found that participants underestimated the wealth gap between White and Black families at every level of education and income. The results reveal a desire to find some set of perhaps deserving Black families that have achieved economic parity with their White counterparts, which, in turn, maintains the belief that society is indeed fair and just.

The misperceptions of racial economic inequality are caused by many different factors, the Yale researchers say. The inflated estimates of the Latinx-White wealth gap, for instance, could stem from cognitive factors such as the recent national focus on refugees attempting to cross the U.S. southern border and widespread ignorance of Latinx contributions to the country. Similarly, the more accurate perceptions of the Asian-White wealth gap could arise from the fact that Asian Americans have closer wealth parity with Whites than do the other two racial groups, but may also reflect stereotypes about Asian Americans as high-achieving. Kraus, Richeson and undergraduate researcher Enya Entung Kuo found in a recent study that exposure to narratives that highlight these “model minority” stereotypes of Asian Americans drove people to underestimate wealth differences between Whites and people of Asian heritage in the United States.

In their report, the authors discuss some of the psychological processes and structural forces that may produce these misperceptions about racial progress.

“Americans need to wake up to the notion that race is at the center of economic inequality in the United States,” Kraus says. “And if we really value the American Dream, we need to commit to supporting reparative economic action that will make that dream more of a reality for more Americans and certainly for more Americans from racial minority backgrounds.”

Richeson says that the scientists have a number of plans for expanding on their research. They intend to examine how people’s perceptions of economic equity are influenced by characteristics of people’s neighborhoods, including how racially and economically segregated they are and how disseminating information about the racial wealth gap affects support for new policies aimed at correcting race-based economic disparities.

The research, funded in part by grants from the National Science Foundation and by the School of Management and Department of Psychology at Yale, is available at journals.sagepub.com/race.

“When More Isn’t Better: The Costs of Extreme Personalities“ by C. Nathan DeWall and “The Gaps Among Us: Understanding and Assessing Inequality“ by David G. Myers. More