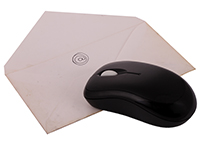 Small details, like the timing of an email, can have big outcomes for the success of government programs. In a collaboration with SBST, federal agencies found that sending an email at just the right time of day could considerably improve response rates.

The General Service Administration (GSA) manages the office space of 9,600 buildings in which more than a million federal employees work. Each year, the GSA sends a short survey — the Tenant Satisfaction Survey (TSS) — to federal employees, asking them to provide input on their overall satisfaction with the quality and safety of their workspaces.

In 2014, SBST worked with the GSA to get more employees to respond to the survey. To accomplish this, SBST collaborated with GSA’s Public Buildings Service to devise techniques to increase the number of federal employees taking the TSS.

On Thursday, July 10, 2014, launch emails were sent to 873,755 recipients. Each hour over the course of the day beginning at 8:55 a.m., a different, randomly selected group of 96,000 federal employees received an email for the survey.

Thanks to a little behavioral insight, a simple tweak in timing led to an additional 1,500 people following through on the email’s survey request.