Observer > 2020 > April > Just Not That Into You: How and Why Men and Women Misperceive Sexual Interest 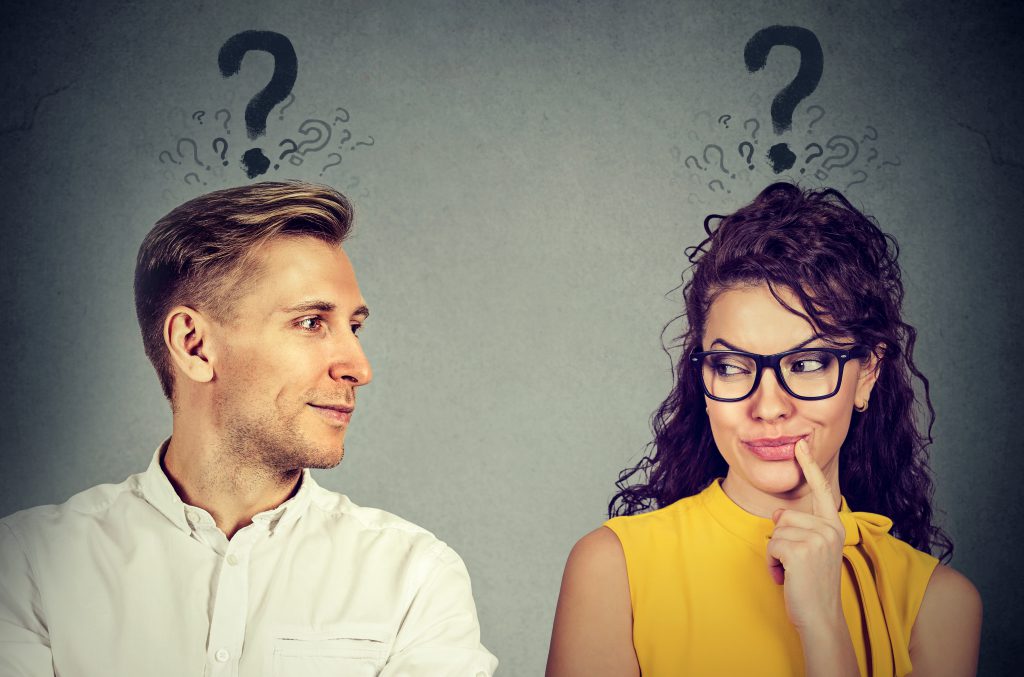 People tend to project their own level of interest onto prospective partners. This reality, rather than sex-specific evolutionary pressures, might explain why men and women often differently misperceive a partner’s sexual interest, suggests a study in Psychological Science.

Sex differences in misperceptions of sexual interest have been well documented, but what explains these differences remains unclear, according to Anthony J. Lee (University of Stirling, Scotland) and colleagues. They explain that there are two kinds of accuracy in perceptions of sexual interest: (a) whether and to what extent individuals can distinguish more and less sexually interested potential mates, and (b) whether individuals tend to overestimate or underestimate others’ sexual interest, regardless of their ability to distinguish more or less sexually interested potential mates.

The researchers used these measures to examine differences in how well people estimate others’ sexual interest. Lee and colleagues tested 1,226 self-reported heterosexual subjects (586 men and 640 women). The individuals participated in a speed-dating task in which they met with several subjects of the opposite sex for 3 minutes and were free to discuss whatever topic they liked. After each interaction, participants rated their own sexual interest as well as the sexual interest they perceived from their partners. Individuals also rated their own facial, bodily, personality, and overall attractiveness, as well as their sociosexual orientation—including their willingness to engage in uncommitted sex in the past, attitudes toward uncommitted sex, and desire for sex.

Individuals were somewhat accurate in identifying the partners who were more and less interested in them, and their own sexual interest did not seem to change how they perceived their partner’s interest. However, in accordance with previous research, men tended to be more likely than women to overestimate their partners’ levels of sexual interest.

Interestingly, this bias disappeared when researchers accounted for the individuals’ sociosexual orientation and self-rated attractiveness. Regardless of sex, participants who were more oriented toward short-term relationships and uncommitted sex, along with those who rated themselves as more attractive, perceived higher levels of sexual interest from their partners, regardless of whether or not these perceptions were valid. These findings are consistent with individuals projecting their own interest onto their partner, Lee and colleagues write.

The results also indicated that men’s and women’s different perceptions might stem from men being both more oriented toward short-term relationships and more interested in their partners. These findings suggest that individuals can accurately detect cues of sexual interest, even in brief encounters, but partners’ actual sexual interest might play a minor role in these perceptions.

Nevertheless, the findings are contrary to the popular notion that perceptions of sexual interest have evolved differently for men and women because it is advantageous for men to overestimate, and women to underestimate, sexual interest. They seem to indicate that the tendency of individuals to assume that potential partners reciprocate their sexual interest leads to increased mating success, regardless of sex.

“Alternatively, this bias might not reflect a specialized adaptation at all but may instead reflect a broader tendency for individuals to assume that others think like themselves,” Lee and colleagues offer.

Observer > 2020 > April > Just Not That Into You: How and Why Men and Women Misperceive Sexual Interest

Maybe it’s just the way this summary is written but the findings of this study do not contradict evolutionary explanations of sexually-dimorphic tendencies nor the existence of some separate process. The general, well-established human tendency to assume others think like us is all a part of the tapestry of human interaction and the mating game more specifically. There are many instances and conditions under which men and women (or males and females of any species) will make similar gambles or judgments in a social or mating context.