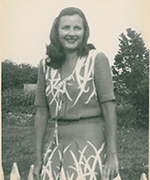 1945: Taylor receives an undergraduate degree in psychology and political science at Oberlin College

1949: Taylor graduates from the University of Iowa with a PhD in psychology. Her dissertation investigating the role of anxiety in classical conditioning introduces the Taylor Manifest Anxiety Scale, an influential tool that will be widely used in research and clinical settings 1960: Janet Taylor Spence joins her husband and collaborator, Kenneth Spence, in Iowa City, where she is barred from employment in the University of Iowa Psychology Department due to antinepotism rules. She studies the effects of feedback and rewards on the performance of people with schizophrenia at the Iowa City Veterans Administration hospital

1964: Spence moves to Austin, Texas, when Kenneth Spence accepts a job at The University of Texas at Austin (UT Austin). Still not allowed to work in the same department as her husband, Spence conducts research at a state school for developmentally disabled people and later accepts a position in the UT Austin Department of Educational Psychology

1967: Spence becomes the first female professor in the UT Austin Psychology Department after the death of Kenneth Spence 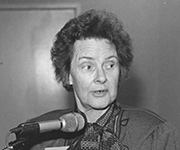 1969–1972: Spence serves as Department Chair in Psychology at UT Austin

1972: Spence and Robert Helmreich publish “Who Likes Competent Women? Competence, Sex-Role Congruence of Interests, and Subjects’ Attitudes Toward Women as Determinants of Interpersonal Attraction” in the Journal of Applied Social Psychology. After reaching a dead end in her other lines of research, Spence notices that a study by Helmreich and Elliot Aronson on the likability of competent people focuses exclusively on men, an observation that led to a fruitful line of work on gender 1990–1992: With Donald J. Foss, Spence co-chairs the Steering Committee for the Human Capital Initiative, an effort to develop a national research agenda for funding priorities in psychological science

1995–1999: Spence serves as Editor-in-Chief of the Annual Review of Psychology