Your APS leaders for 2012-13: Joseph E. Steinmetz, of The Ohio State University, takes the helm as APS President. Douglas L. Medin, Northwestern University, becomes Immediate Past President and Elizabeth A. Phelps, New York University, joins the Board as President-Elect. Wendy Berry Mendes, University of California, San Francisco, and Suparna Rajaram, Stony Brook University, begin their three-year terms as APS Board Members. APS offers a warm thanks to outgoing Immediate Past President Mahzarin R. Banaji and Board Member Jennifer A. Richeson for their outstanding work and dedicated service to the Board and APS. Special gratitude is extended to Edward E. Smith, whose term as a Board Member also recently ended. Smith passed away in August; his wisdom and leadership will be missed. 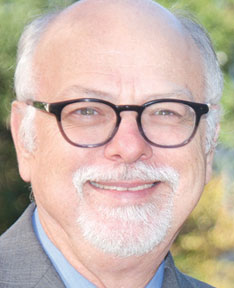 Steinmetz’s research focuses on the neurobiology of learning and memory using various neuroscience techniques, such as electrophysiology and brain imaging, to study how the brain encodes, stores, and retrieves memories. Specifically, Steinmetz studies classical eyeblink conditioning and the role of the cerebellum — the part of the brain that deals with motor control, balance, and equilibrium — in its acquisition and expression. He also conducts parallel experiments involving human and animal models. The findings have important implications for a variety of clinical disorders, such as autism, schizophrenia, fetal alcohol syndrome, and anxiety disorders.

Among his many awards and honors, Steinmetz received the Indiana University College of Arts and Sciences Distinguished Faculty Award in 2000 and was a Distinguished Professor at both Indiana University and the University of Kansas. He is a Fellow of APS, the Society of Experimental Psychologists, and APA, and his work has been widely published in prestigious journals. He has served as the editor-in-chief of Integrative Physiological and Behavioral Science; Behavioral Science; and Behavioral and Cognitive Neuroscience Reviews. In 1996, Steinmetz won the Troland Research Award for his pioneering research, and in 2008 he received the Gantt Medal from the Pavlovian Society for career research contributions. 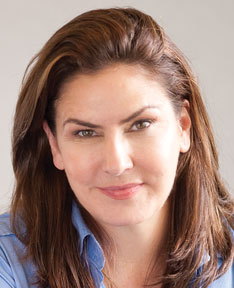 APS Fellow Elizabeth A. Phelps returns to the APS Board as President-Elect, having served on the Board in 2004 through 2007. She is the Julius Silver Professor of Psychology and Neural Science at New York University and a research scientist at Nathan Kline Institute, where she conducts research investigating complex interactions between learning, emotion, and the human brain. Phelps uses a multi-faceted approach that brings together behavioral studies, physiological measurements, brain-lesion studies, and fMRI. Her research combines insights from animal models of emotional learning, computational neuroscience, and cognitive and social psychology to examine how emotion shapes learning, memory, and decision-making. Examples of her research include the 9/11 Project, an ambitious, collaborative research program designed to study the quality and accuracy of individuals’ memories following the 9/11 terrorist attacks; studies of altering fear through targeting memory reconsolidation; and investigations of the impact of race attitudes on decision making.

Phelps has been recognized by multiple organizations. She received the 21st Century Scientist Award from the James S. McDonnell Foundation, and she is an elected fellow of the American Association for the Advancement of Science as well as the Society for Experimental Psychologists. She is also a member of the Dana Alliance for Brain Initiatives and a fellow of the American Academy of Arts and Sciences.
Her dedication to psychological science is evident in her service to field. In addition to serving on the APS Board, Phelps has served on the Board of Directors for the Society for Neuroethics and is a former President of the Society for Neuroeconomics. She has also served as Editor of the journal Emotion.

“APS is one of the few organizations that brings together a wide range of researchers in psychology,” Phelps says. “As a cognitive neuroscientist with interests in emotion and social behavior, APS represents all my interests. It is a great forum for interdisciplinary approaches to the scientific investigation of the mind and behavior. 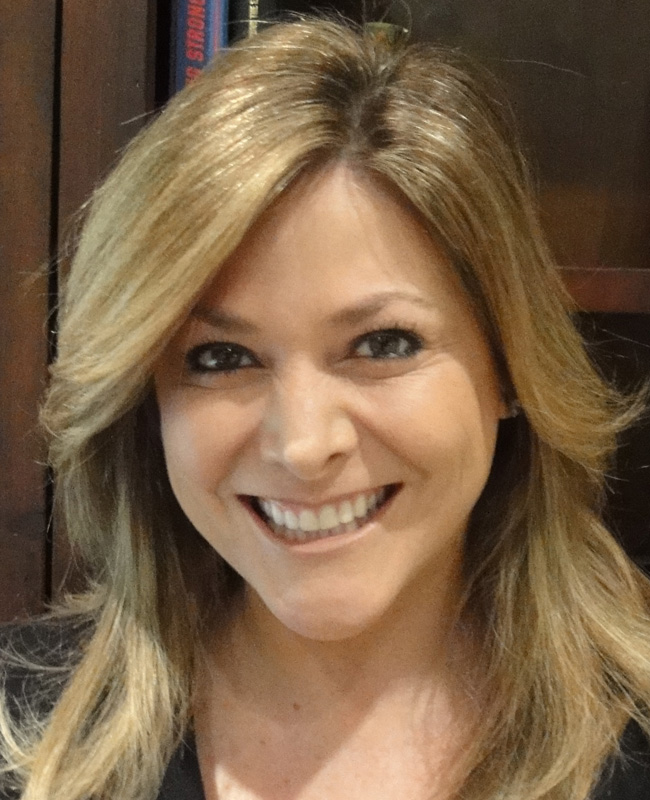 APS Fellow Wendy Berry Mendes is an associate professor of psychiatry at the University of California, San Francisco, where she is the Sarlo/Ekman Endowed Chair in the Study of Human Emotion and the leader of the Emotion Health and Psychophysiology Laboratory. She is interested in the intersection of social, personality, and biological psychology. In her studies, she examines how humans experience emotions, thoughts, and intentions as well as how bodily responses influence thoughts, behavior, and emotions.

“I consider myself an interdisciplinary researcher who benefits and collaborates not simply across areas in psychology, but also across areas in social and biological sciences,” says Mendes.

In 2011, Mendes received the prestigious APS Janet Taylor Spence Award for Transformative Early Career Contributions. She has also received the SAGE Young Scholar Award for recognizing yound scholars in social psychology in 2009 and the 2008 Gordon Allport Intergroup Relations Prize. A celebrated educator, Mendes was named one of Harvard University’s “Favorite Professors” for five years in a row.

Mendes believes that “we are in the best of times, and in the worst of times” for psychological science. She is excited about advances in technology and biology that have the potential to enhance our scientific understanding of human behavior and how the mind works. Yet she is also concerned about recent controversies involving replication, and hopes that as an APS Board Member, she can contribute to developing guidelines and best practices for researchers, reviewers, and journal editors.

Joining the Board just in time for APS’s 25th Anniversary, Mendes is optimistic about what the next 25 years will bring for psychological science. “We are approaching an exciting time with rapid advancement in technologies that will enable researchers to collect online responses from large-scale samples and greater precision in imaging, genetics, and biology,” she says. “From neurons to neighborhoods, cells to society, or whichever macro- to micro-approach you like, psychological science sits at the hub of interdisciplinary approaches, and at the same time embraces the importance of narrow, focused, and deep approaches to human behavior.” 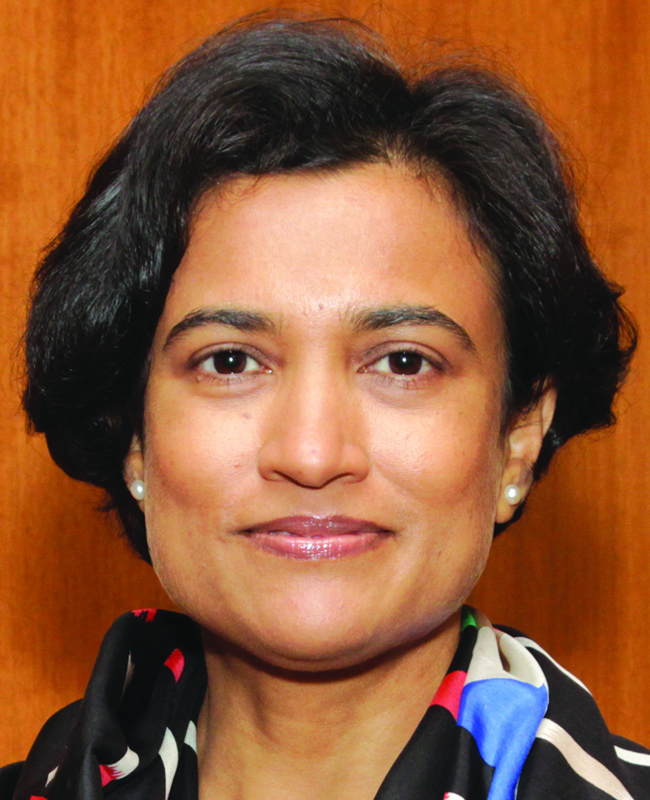 New Board Member Suparna Rajaram is a professor of psychology and the Associate Dean for Faculty and Personnel in the College of Arts and Sciences at Stony Brook University. Originally from India, Rajaram came to the United States in 1986 to study cognitive psychology. After completing her PhD at Rice University in 1991, Rajaram completed a postdoctoral fellowship in cognitive neuroscience at Temple University School of Medicine, then went on to join Stony Brook University, where she has been teaching and conducting research since 1993.

Rajaram’s research focuses on learning and memory in humans. Her interests include investigating the differences between explicit and implicit memory and between episodic and semantic memory, the cognitive and neural bases of amnesia, the nature of recollective experience, collaborative learning and remembering in young and older adults, collective memory, and the application of cognitive and social psychological research to education, including learning in the STEM disciplines.

As an APS Board Member, Rajaram hopes to contribute to the development of an “integrative psychological science” in an environment in which integrative science can flourish “without sacrificing the depth of each of its constituent subfields.” She is excited to join the leadership of an organization that has “developed a model of academic values in which research, teaching, and public outreach all thrive simultaneously.”

“APS is poised to lead psychological science into the future because it attracts groundbreaking science, it has created leading journals in our discipline, it places particular emphasis on diversity and inclusion, and it is agile and responsive to the changing global platform,” she says. “I am thrilled to be a part of APS and to have the opportunity to contribute to these goals.”