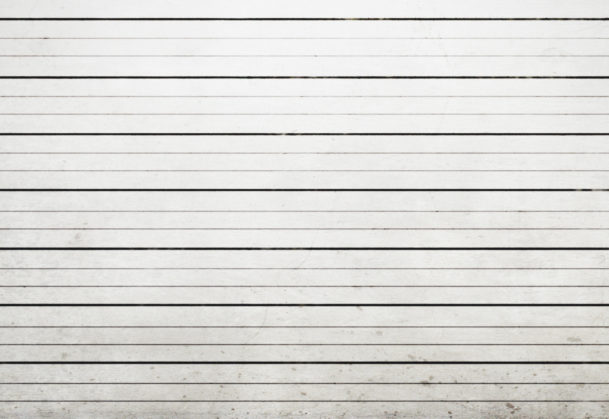 Telling participants the research hypothesis halfway through an experiment is such an obvious error that scientists often go to considerable lengths to keep participants from even guessing it. The understanding that experimental standardization and control are essential for interpreting data is foundational to scientific inquiry — and yet, this understanding is conspicuously absent in another domain with direct, real-life consequences: eyewitness identification.

In an award address at the 2017 APS Annual Convention, APS James McKeen Cattell Fellow Gary L. Wells explained how much eyewitness identification stands to benefit from science, especially when it’s treated as a scientific endeavor.

Psychological scientists know the perils of bypassing standardized procedures and the hazards of overlooking potential confounds. They understand that experimenters can introduce bias into various parts of the research process, often without being aware of it.

And psychological studies repeatedly have shown that the limitations that apply to research in general apply to eyewitness identifications specifically.

Since the 1970s, Wells and colleagues have used a straightforward experimental paradigm to better understand how witnesses make identifications. They’ve exposed people to an event and then asked them to look at a lineup and pick out the
perpetrator — because they have experimental control, the researchers are able to evaluate witnesses’ identification decisions as definitively right or wrong. They can also manipulate aspects of the event and the lineup procedure to examine how these changes affect witnesses’ decision-making. And they can determine whether specific factors — such as how long it takes witnesses to make their decisions and how confident they are — correlate with identification accuracy.

“This paradigm is pretty rich, pretty powerful — it gives us a lot of degrees of freedom to get in and start pulling together a literature,” said Wells.

As studies in this line of research were published, it became increasingly clear that eyewitnesses are generally prone to error and are sensitive to even minor differences in identification procedure, from the prelineup instructions to the format of the lineup and the interactions with witnesses afterward.

But for decades, these findings were dismissed by the criminal justice system.

“Until the mid-90s, this experimental literature in eyewitness identification had little impact, except for someone occasionally getting into the courtroom to give some expert testimony — otherwise, it was largely ignored by the legal system,” Wells said. “When you pressed them on why, you’d get responses like ‘Well, these are not real eyewitnesses. Real eyewitnesses would be too cautious to make these mistakes.’”

People questioned the value of lab experiments, arguing that they couldn’t be informative because they yielded poor approximations of real-world events.

But sentiment changed in the 1990s, when forensic DNA testing began revealing the number of people who had been falsely convicted of serious crimes on the basis of confident eyewitness testimony. To date, 349 people have been exonerated as a result of DNA evidence, and 258 of these cases involved mistaken eyewitness identification, Wells said.

And these cases likely represent only a fraction such false convictions due to the fact that most cases lack biological evidence.

“If you get mistakenly identified and the witness shows themselves to be confident, you’re in trouble, because chances are there’s no DNA to come to your rescue and it takes pretty much something that definitive to trump an eyewitness,” Wells said. “It turns out that the world isn’t CSI after all — that’s fiction.”

This means that 37% of the positive identifications made by actual eyewitnesses in the real-life cases included in these field studies were “demonstrably mistaken.”

The Challenge of Recognizing Absence

Although the true base rate of mistaken identifications will always be impossible to pin down, what matters is that certain patterns of error are highly replicable, Wells emphasized. One such error occurs because identification decisions tend to be relative judgments (e.g., “Who looks most like the perpetrator?”) rather than absolute ones.

“It’s really difficult for witnesses to recognize the absence of the perpetrator,” Wells said. “It’s hard to see that he’s not there.”

With evidence from these and other studies, it becomes clear that certain aspects of the lineup procedure can have a noticeable influence on identification judgments.

In another experiment, Wells and colleagues used the same basic paradigm — participants witnessed an event and looked at a lineup that did not actually include the perpetrator. After making their decision, some of the witnesses received positive feedback (“Good, you identified the suspect.”). This feedback drastically boosted their retrospective confidence in their identification. About 11% of the participants who received no feedback reported they had been positive or nearly positive in their decision, compared with 45% of those who were told they made the correct choice.

“This was manufactured false certainty. This wasn’t the fault of the witness,” Wells said. “In the experiment analogy, this is like debriefing the participants before you’ve taken all the measures.”

This matters because eyewitness certainty is “the primary factor that determines the credibility of that witness in everybody’s eyes, [including] the jurors, the prosecutors, [and] the judges,” he explained.

Sometimes false certainty occurs naturally, but much of it seems to be a product of the legal system itself. Wells noted that he consulted on a case in which the key witness revealed that the detectives actually clapped when she pointed to the suspect in the lineup.

But in recent years, the work of Wells and other psychological scientists has begun to have real impact, being integrated into the US legal system in meaningful ways. The state supreme courts in New Jersey, Oregon, and Massachusetts have used psychological research to inform guidelines for determining the admissibility of eyewitness identification evidence.

Today, Wells and his colleagues collaborate extensively with innocence projects, law enforcement agencies, and legal professionals. In doing so, they are applying findings from decades of scientific research to criminal justice procedures in ways that can ultimately change the course of many people’s lives.

When he started investigating eyewitness identification, Wells didn’t expect that rigorously and persistently pursuing a scientific question would ultimately have real impacts on the legal system — especially considering that an advisor once told him to “get out of this area because it’s going nowhere.” It’s an outcome that Wells said he couldn’t have achieved without the instrumental contributions of many students, colleagues, collaborators, and supporters, both in and out of academia.