While inequality has existed throughout human history, the topic has gained center-stage status in the past several decades, from the Civil Rights movement of the 1960s to the growing concerns about income disparities. Psychological scientists have provided insights into the drivers and perceptions of inequality and its consequences on our brains and behavior. Five researchers discussed these perspectives and discoveries in a Cross-Cutting Theme Program, “The Science of Inequality,” at the 30th APS Annual Convention. 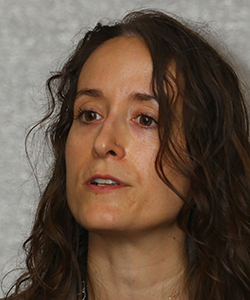 Katie McLaughlin, psychological scientist at the University of Washington, studies the academic achievement gap between children from families with low socio-economic status (SES) and their peers from financially secure homes. Research suggests that cognitive stimulation could counteract the influence of poverty on academic performance. Access to books, toys, games, music, and interactions with parents all fall under the umbrella of cognitive stimulation, she suggested.

A second study of 66 children ages 6 to 18 found that cognitive stimulation also related to success in school, and provided evidence that a lack of cognitive stimulation leads to changes in the brain. McLaughlin explained the hypothesis: A child that grows up in an unstimulating environment will utilize fewer neuronal connections in regions of the brain that process complex cognitive and social inputs. Connections that aren’t utilized frequently will eventually be eliminated in a process called ‘synaptic pruning’. The children participated in mental tests as the researchers measured three indicators of brain structure and function using MRI — the thickness of the cortex, the integrity of white matter, and neural recruitment during a working memory task. Children from lower-SES families exhibited differences in these brain measures, as well as lower executive functioning and academic achievement than children from higher-SES families. Critically, reduced cortical thickness in the fronto-parietal network — a brain network critical to executive function — among children from low-SES families was explained by differences in cognitive stimulation in children’s home environments.

Cognitive stimulation can be improved on a household and community-wide level, McLaughlin said. Parents may share more meals with their children and read them more books, she said. City, state, or national governments can help provide stimulating childcare or low-cost books, music, games, and toys. These efforts could ultimately help to close the achievement gap. 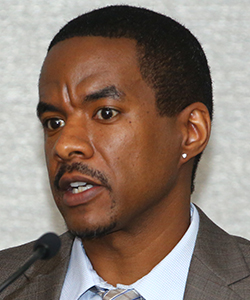 The Drug-Use Paradox in African Americans

Research surrounding drug use in the African American community is informed by broader research into drug use in other populations, said Ezemanari Obasi, a professor at the University of Houston. African Americans are overexposed to known risk factors for drug use, but they initiate their drug use later in life compared to other Americans. They use drugs no more than other Americans, but they experience greater drug use morbidity and mortality compared to national averages. In order to understand this paradox, Obasi conducted an in-depth study of African Americans in metropolitan Houston, looking specifically at the link between stress, drug use, and levels of cortisol — the hormone associated with the stress response.

Obasi found that people experiencing chronic stress (e.g. racism, neighborhood violence, crime, & low family resources) showed blunted cortisol levels and responses. While a cortisol spike is a common response to short-term stress, cortisol that is low throughout the day and unresponsive to stressful situations is a symptom of unhealthy chronic stress and perhaps a compromised hormonal system.

The education gap, poverty, racism, underemployment, and violence all feed intro stress and health outcomes, Obasi said. Exposure to crime and drug availability, as well as limited access to food and medical care, confer significant risks for both stress and substance use, he said. He also implored researchers to appreciate that local and cultural factors may differ among groups and places. 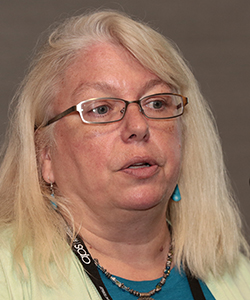 Poverty and the Brain

Poverty is one of the most powerful risk factors for poor developmental outcomes. It is associated with depression and various externalizing behaviors. While the ways poverty influences development are multifaceted, APS Board Member Deanna Barch, a psychological scientist at Washington University in St. Louis, focuses on poverty’s relationships to family stress, its impacts on parenting, and the way that parenting might in turn influence brain development.

In addition to the brain changes McLaughlin noted among low-income children, Barch also discussed reduced hippocampus volumes — the brain areas associated with emotion and stress reactivity — that have been consistently found in impoverished kids.

The NIH-supported Preschool Depression Study measured Income-to-needs, maternal support, and breast feeding — three factors thought to influence brain development. Researchers followed about 200 children from preschool through late adolescence. This study’s results suggested that poverty in preschool predicts hippocampal volume when children reach school age.  Further, in comparative research, researchers have found that maternal care in rats leads to gene expression in the hippocampus responsible for growth in that area and future parental behaviors in pups. Barch also found that the relationship between poverty and hippocampal volume in humans was mediated by parenting behavior.

Connectivity between brain regions also show responses to early life stress and deprivation. In depression, the connectivity between these regions is altered. This pathway may partially explain how early adversity contributes to depression risk. In the NIH-supported Preschool Depression Study, children from financially stable backgrounds were less likely to suffer depression at school age and were more likely to have patterns of brain connectivity associated with good emotion regulation.

Barch suggested that financial support for parents, educational augmentation, and family support should be studied to try to alter these adverse outcomes. 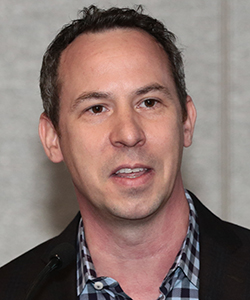 Poverty alone can’t account for poor health and social outcomes, according to psychology researcher Keith Payne of University of North Carolina at Chapel Hill. Payne found that while national income per person doesn’t match well with an index of health and social problems, income inequality does. The index included in a 2009 study covered infant mortality, math and literacy scores, homicides, imprisonment, teen births, obesity, and social mobility, among other metrics Norway, for example, scored relatively close to the United States on average income, but showed comparatively lower income inequality and fewer social and health problems. This same pattern – lower income inequality correlates with fewer social and health problems – was observed across 21 countries with sufficient income, health, and social data. This relationship holds when looking at health and social problems on a state-by-state basis within the United States.

First, players were asked how much money they would need to win in the game to be satisfied. Then while playing the game, participants could choose between low-risk options — an 80% chance they would win 25 cents for example — or high-risk options such as a 20% chance they would win $1r. In the end, people in the high-inequality conditions said they would need more money to be happy with their outcome. This suggests that they were comparing themselves to the richest members of the group rather than the poorest. During the game, players in the high-inequality group chose the riskier decisions.

Payne also looked at Internet searches to explore whether indicators of risky behaviors and inequality were correlated in the world outside of the lab. He found that search terms related to financial risk-taking (e.g., “lottery,” “pay day loan”), sexual risk taking (“morning after pill,” “STD test”), and drug and alcohol risk (“how to pass a drug test,” “how to get rid of a hangover”) were more prominent in states with higher income inequality, suggesting that social comparisons have real-life implications on a large scale, regardless of median income. 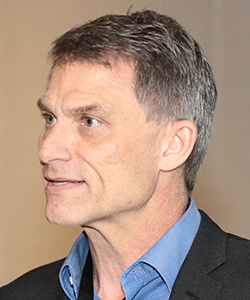 Do Democracies React to Inequality?

Are the effects of inequality on policy preferences reflected in patterns of taxation and redistribution in the United States and Europe? It stands to reason that periods of inequality would lead to support for taxes on the rich. And while, historically, periods of low inequality follow periods of high taxation, the opposite is not true, said Stanford University political scientist Kenneth Scheve. This suggests that democratic systems are not very responsive to inequality. Many accounts of this fact have focused on why democracies may fail to represent preferences for greater redistribution in an era of higher inequality. But it is, of course, also possible that redistributive policy opinions do not respond to inequality as is often assumed.

To explore this possibility, Scheve and colleagues Michael Bechtel and Roman Liesch observed how individual study participants behaved with one another, and how they supported policies related to wealth redistribution, in financially inequitable situations.

When participants were given more, they generally gave to their less fortunate partner. They didn’t, however, give enough to make the two partners equal. On average, those who were assigned $75 gave up about $9 to their partner. Those given $25 and the chance to take money from their partner also took about $9 on average.

Only 30% of participants were categorized as “equalizers” in all cases, making sure both parties ended with about the same amount whether they were given $75 or $25.

The behavior within the two-person interaction predicted support for society-wide policies. Those who opted to equalize pairs by taking from ‘rich’ partners also supported raising taxes on wealthy members of society, while non-equalizers did not. Those who equalized by giving close to $25 of their $75 tended to oppose welfare spending cuts.

Overall, this would suggest that democracies may not implement redistributive policies in response to rising inequality because there range of responses people have to inequality may prevent a societal consensus.