Observer > 2020 > July/August > To Boost STEM Graduation Rates, Focus on What You Can Control 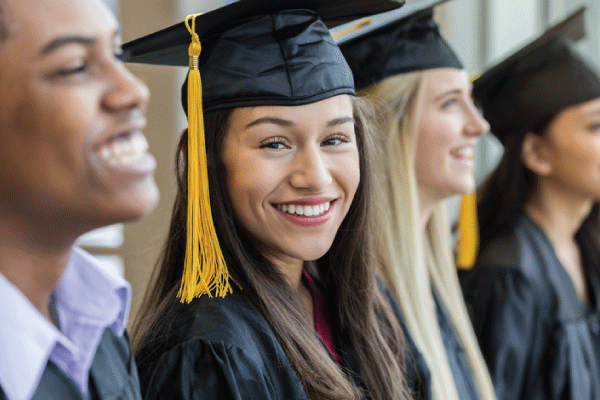 Graduates with backgrounds in science, technology, engineering, and mathematics (STEM) are among the most in demand in the job market, yet nearly half of U.S. college students who enroll in a STEM program fail to graduate with a degree in one of these competitive majors—if they graduate at all. Research in Psychological Science suggests that interventions that encourage students to attribute academic failures to controllable factors, such as low effort and bad study strategies, could boost graduation rates for those who performed poorly in high school.

“Beliefs about the causes of achievement failure can have long-term implications for the future motivation and educational attainment of students at risk of college dropout,” write Jeremy M. Hamm (North Dakota State University) and colleagues. “Attribution interventions may thus be a cost-effective and scalable remedy to help repair the ‘leaky’ STEM pipeline and ensure that more highly trained graduates from diverse academic backgrounds make it into the STEM workforce.”

“Beliefs about the causes of achievement failure can have long-term implications for the future motivation and educational attainment of students at risk of college dropout.”

Hamm and colleagues demonstrated the utility of previous findings linking attribution and academic persistence through a longitudinal study of 496 first-time college students who began their freshman years as STEM majors between 1992 and 1997. In the first phase of the study, students in the treatment condition completed an attribution intervention, while those in the control group simply completed a questionnaire.

First, groups of 20 to 60 students received performance feedback on their first test in the introductory psychology class they had been recruited from. They were then asked to reflect on the possible causes of their past academic failures.

Next, students watched a short video depicting an exchange between two first-year students who discussed how their academic failures were due primarily to controllable causes such as lack of effort and bad study strategies, rather than uncontrollable factors such as luck or teaching quality. A professor then joined them on screen to emphasize that focusing on controllable causes could boost their performance in the future.

Finally, students were encouraged to more deeply process these ideas by taking a challenging GRE-style test of their verbal and quantitative skills based on the content of the video. After completing the test, they split into small groups and discussed how attributions may have contributed to their own academic challenges in the past.

Overall, the researchers found that 66% of participants in the intervention condition whose records indicated low high school grades (HSGs) graduated with a degree in any major within 8 years, compared to only 51% in low-HSG participants in the control group. Low-HSG students who participated in the intervention also required an average of 2 years less to graduate, earned higher grades, and were significantly more likely to stick with their STEM programs.

High-HSG students, who had an 8-year graduation rate of over 70% in both conditions, received no such benefits from the intervention.

While systemic factors such as institutional support and differences in education quality play a significant role in the reduced graduation rates of students with low HSGs, attribution interventions may provide a simple, cost-effective method to help close the performance gap for students in STEM, the authors conclude.

Observer > 2020 > July/August > To Boost STEM Graduation Rates, Focus on What You Can Control

Data collected over a 50-year span suggests that selective schools aren’t uniformly beneficial to students’ educational and professional outcomes in the following decades.