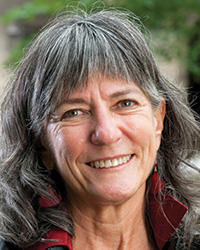 Past APS Board Member Susan Goldin-Meadow, who has been named a 2015 William James Fellow Award recipient, will speak about her seminal research on language, learning, and the role that gestures produced by the body play in cognition at the 27th APS Annual Convention in New York City, to be held May 21–24, 2015.

Goldin-Meadow began her distinguished career studying deaf children whose hearing losses had prevented them from learning speech, and whose hearing parents had not exposed them to sign language. She found that, despite lacking a model for language, each child was able to invent a system of symbolic gestures, called “homesign,” that had many of the properties found in natural language. Goldin-Meadow has since conducted cross-linguistic studies showing that children worldwide develop versions of “homesign” and that these systems share characteristics both with each other and with languages that have been passed down from generation to generation.

In related work, Goldin-Meadow spearheaded groundbreaking research on how gesture informs and enables learning. She discovered that when a child is on the cusp of learning a new behavior, the first sign that the child has understood the behavior often appears in gesture, several months before the child expresses the idea in speech. This work has had important practical implications for identifying when a child is ready to be taught a new concept, and important theoretical implications for understanding the mechanisms that underlie learning. Goldin-Meadow’s book Hearing Gesture: How Our Hands Help Us Think has inspired many studies in this relatively new field.

In her work at the University of Chicago, Goldin-Meadow and her students examine three questions designed to further our understanding of language, communication, and learning:

Congratulations, Susan. Happy new year to you and to everyone who appreciates the kind of fine work you do.