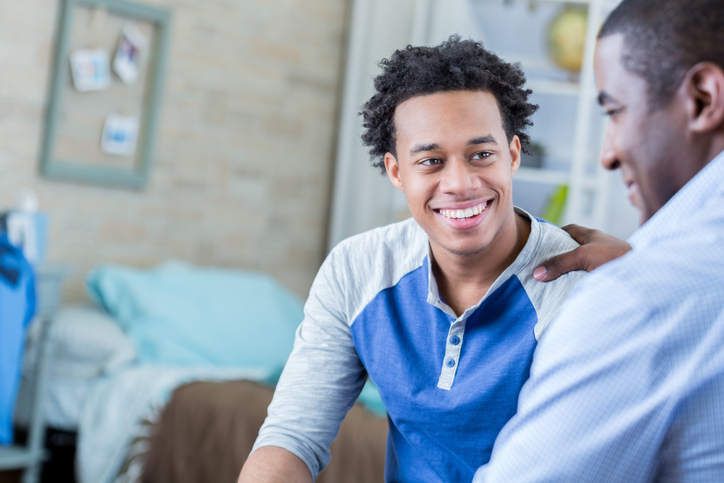 African American adolescents who experience high levels of racial discrimination show cellular wear and tear, according to research published in Psychological Science, a journal of the Association for Psychological Science. The research indicated that a supportive family environment may protect against these negative physiological effects.

Research has shown that stressful experiences build over time, producing a cumulative effect that “weathers” physiological systems, including the premature aging of cells. Brody and colleagues wanted to know whether adolescents exposed to racial discrimination—a persistent experience for many African Americans—would show this kind of physiological weathering and whether the family environment might serve as a protective factor.

“There were hints that families that check in about the goings-on and stress their teenagers are dealing with, talk about them, and share different ways of handling them would have teenagers whose cells and tissues would be less likely to show the biological costs of racial discrimination,” explains Brody.

Brody and colleagues examined data from a total of 616 adolescents drawn from two longitudinal studies in rural Georgia. The participants were randomly selected from lists of students provided by schools in the rural communities and the researchers measured racial discrimination and family support over a period of 3 years when the participants were in late adolescence.

The adolescents completed a nine-item measure intended to gauge the extent of perceived racial discrimination, including any racially-based slurs, disrespectful treatment from community members, false accusations from business employees or law-enforcement officials, and physical threats experienced within the past year.

The participants’ parents also completed surveys designed to assess parental emotional support, parent-child conflict, and disorganization in the home. These were combined into one measure such that high scores indicated family environments that had high levels emotional support and predictability and low levels of conflict.

To assess cellular aging, the researchers analyzed the adolescents’ blood samples for a biomarker indicating epigenetic changes to the DNA of particular cells in the immune system. These changes are typically associated with aging-related conditions, including DNA damage and tissue degradation. The values derived from this measure represent the discrepancy between participants’ apparent cellular age and their actual chronological age.

“The findings in this study, and others involving other racial and ethnic groups, serve as a reminder that family environments affect not only characteristics of children and adolescents that we can see, but their reach also extends to their children’s cells and tissues as well,” says Brody.

Brody and colleagues plan to follow the participants over time to better understand how families, schools, and communities contribute to children’s and adolescents resilience, both “above and below their skin.”

Co-authors on the research include Gregory E. Miller and Edith Chen of Northwestern University and Tianyi Yu and Steven R. H. Beach of the University of Georgia.