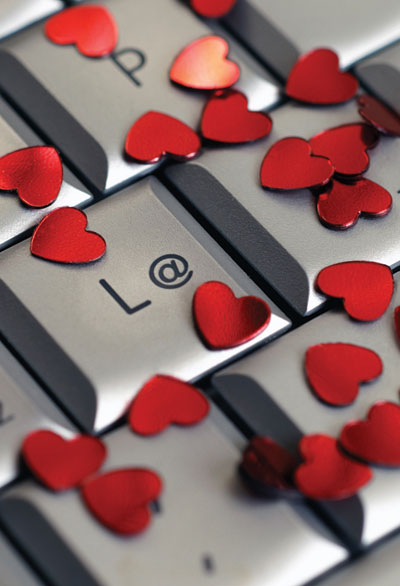 According to the latest Psychological Science in the Public Interest study, the matchmaking algorithms used by online sites aren’t necessarily based on good science. So leading up to Valentine’s Day, the hottest topic wasn’t chocolates this year — it was psychological science.

The Washington Post’s Ellen McCarthy reported on February 5, 2012 that “Online Dating Has Its Pros and Cons.”

Then, in the “langue d’amour,” Slate France’s Michel Albergante declared “The Virtual Romance, It Works!”

On February 11, 2012, PSPI authors Eli J. Finkel and Benjamin R. Karney explained why online dating is no better than meeting people in a bar in “The Dubious Science of Online Dating” in The New York Times.

Next, Finkel appeared February 12, 2012 on the CBS News segment “The Science of Love,” suggesting that singles should think twice about paying for an online dating service.

The same day, Julia Spira pointed out in the Huffington Post that “Experts and Researchers Say Online Dating Has Lost Its Stigma.”

Overall, people in 14 countries are talking about the science of online dating, demonstrating the universal appeal of psychological science and the quest for true love.

I was just discussing this very subject in my Social Psychology course the other day. We were wondering if dating sites like Eharmony take into account all the different self biases science has uncovered. I suppose the answer would be no! It’d still be interesting to see what exactly they do to match people up though…