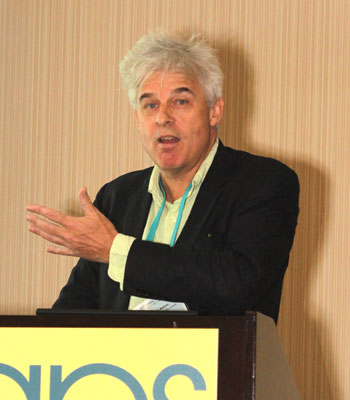 As nice as it would be to believe that our decisions are predicated on thoughtful, rational choices, unpredictable emotions play a larger role than we might believe. In fact, a full range of unruly emotions often dominate how we make our decisions. Psychological scientists have long explored emotional influences on decision making, but the scientists involved in this symposium focused on decision making that is pervasive but also out of the ordinary.
After a single, but devastating, attack on the London subway system in July, 2005, many Londoners switched from underground travel to bicycles. A similar pattern emerged after 9/11 in the United States when people traveled long distances in cars instead of airplanes. Both groups assumed that they were choosing a safer means of transportation. In fact, people may have taken bigger risks by choosing a more accident-prone mode of transport, a theory that was supported by the higher number of automobile and bicycle accidents following attacks.
Most people are caring and will do whatever they can to help someone who might be suffering. And yet, when we hear about genocide and other mass atrocities, why is it so difficult to experience outrage or simple human empathy? Psychic numbing is an emotional mechanism that may explain this indifference. When a person experiences this reaction, their intuitive moral feelings are overwhelmed, and their motivation for an appropriate response to a horrifying event is overridden.
Terrorism and genocide evoke strong emotions and affect decision making, but they are relatively rare compared to the emotions people experience when they gain or lose money. Emotions tied to finances can lead people to take more risks, or fewer risks. When people are happy, they gamble, hoping to to achieve the biggest gain. When people are sad or angry, however, they are all about minimizing losses.
If there is a single common denominator among this range of emotional decision making, it is that research has shown the best way to understand how and why decisions are made is in the context of the learning that precedes them and the feedback that follows them.