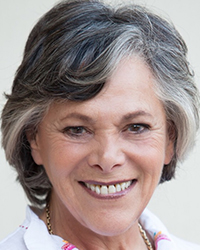 LSC is honoring Langer — a Harvard social psychologist — in recognition of her achievements as the “mother of mindfulness.” Langer has written extensively on the illusion of control, aging, stress, decision-making, health, and of course, mindfulness. She is particularly well-known for her findings on the power of social cues to make us feel and act younger and healthier than our chronological age. In a classic 1981 study, Langer had elderly men live in a retreat that was retrofitted to look like 1959 and speak of the past in the present tense as if they were living in that year. The men experienced improvements in vision, hearing, strength, and other abilities, and actually appeared younger as well.

Langer is the author of 12 books and more than 200 research articles. Her best-selling books include Mindfulness: The Power of Mindful Learning; On Becoming an Artist: Reinventing Yourself Through Mindful Creativity; and Counterclockwise: Mindful Health and the Power of Possibility.

“It was an unexpected but certainly much appreciated honor,” Langer said about the award.