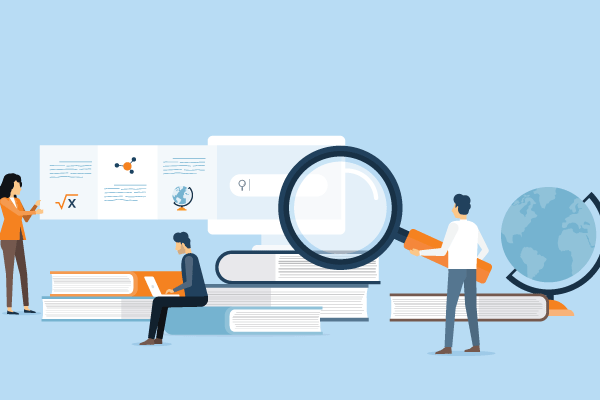 In 1899, nearly a quarter century after he had pioneered the teaching of psychology in the United States, Williams James seemed unconvinced that the science of psychology might someday contribute to better teaching. “You make a great, very great mistake,” the American psychologist and philosopher wrote, “if you think that psychology, being the science of the mind’s laws, is something from which you can deduce definite programmes and schemes and methods of instruction for immediate schoolroom use” (James, 1899).

It turns out William James was the mistaken one. In fact, psychological science has made tremendous contributions to teaching and learning, explained APS Fellow Regan A. R. Gurung in the APS–David Myers Distinguished Lecture on the Science and Craft of Teaching Psychological Science at the 2021 APS Virtual Convention. In “Don’t SoTL for Less: Researching, Teaching, and Learning for a Post-Pandemic World,” Gurung, a professor of psychological sciences, associate vice provost and executive director at the Center for Teaching and Learning at Oregon State University, explored the past, present, and future of the scholarship of teaching and learning, or SoTL.

Researchers’ understanding of SoTL has evolved significantly since the term was codified some 3 decades ago. Initially, it emphasized documenting teaching practices, Gurung said. Indeed, that was the mission of the Teaching of Psychology journal, launched in 1974 by the Society for the Teaching of Psychology, a division of the American Psychological Association (APA). It wasn’t until 2015 that APA followed with a more expansive quarterly journal, the Scholarship of Teaching and Learning in Psychology. Gurung and APS Fellow R. Eric Landrum, the founding co-editors of the newer journal, wrote in a welcome editorial that SoTL encompasses “the theoretical underpinnings of how we learn, the intentional, systematic modifications of pedagogy, and assessments of resulting changes in learning.” They called for practitioners to advance the application of theoretically driven lab work to the classroom, a unified understanding of how students learn best, and greater methodological and statistical rigor in SoTL.

Turf battles among different disciplines could be mitigated by greater interdisciplinary collaboration, Gurung said. “We’ve got to take off the blinders.”

This working definition of SoTL, Gurung said in the Myers lecture, reveals “the effort that goes into this enterprise.” This effort is undertaken not only in classrooms, he clarified, but in a “big tent” fashion across departments and, increasingly, universities and even higher education in general, reflecting a growing awareness of the importance of teaching.

The spirit of discovery is key to SoTL, Gurung added. “A lot of scholarship is about wondering.” He cited Ernest Boyer’s 1990 model of scholarship, which expanded the traditional academic definition (basic research to advance knowledge in a field) to include, among other things, research on mechanisms of teaching and learning that could advance scholarship across academic disciplines. “The neat thing Boyer was saying was, ‘All the effort that teachers put in needs to be recognized,’” Gurung said. And as instructors, “we’re invited into this big tent to examine our teaching,” to understand what works. “If you love teaching and you love your research, why not use your research skills to capture the effectiveness of your teaching.”

This appears to be particularly true for psychology instructors. In 2019, Gurung and colleagues published findings from an American survey that compared current perceptions of SoTL among faculty with those reported in a study published in 2008 (Gurung et al., 2019). “It’s mostly good news,” Gurung said, noting that psychology faculty in 2019 had more positive perceptions of SoTL in general and perceived more departmental support for SoTL work. Compared with faculty in other fields, they also perceived greater support for such efforts from their colleagues and departments. Asked to identify the most important research projects, respondents named peer-reviewed publications, followed by grants, presentations, workshops, and portfolios.

Gurung also explored the challenges facing SoTL, along with ideas for addressing them.

Turf battles among different disciplines, for instance, could be mitigated by greater interdisciplinary collaboration, Gurung said. He cited findings that scholars from many disciplines—including psychology, neuroscience, economics, educational technology, discipline-based educational research, and instructional design—contribute to the study and advancement of higher education. Learning from disparate fields will only help psychology instructors, he said, pointing to books such as How We Learn (Dehaene, 2020) and Understanding How We Learn: A Visual Guide (Weinstein et al., 2018) as useful sources. “Where can we pull from to do the best job possible?” he asked. “This becomes particularly important when you have something like a pandemic,” which forced educators to pivot to online learning in 2020.

Another challenge facing practitioners of SoTL is making sure the work is methodologically sound, Gurung said. His advice: Simply follow the same criteria for research in your own field. He pointed to Stephen Chew’s model for digging into theory as potential guide to focusing on the why and how of teaching and learning methods (Chew et al., 2010).

It’s important to get longitudinal as well, Gurung said. “There is very little longitudinal research on learning in real-world settings,” though there are some exceptions, including a recent study that tracked what college seniors remembered from a freshman-year introductory psychology course (Hard et al., 2019). “It’s the first study I’ve seen where the same group of students are actually followed up on many years later.” (For the record, psychology majors scored 81% on a 16-item quiz, compared to 69% among nonmajors.)

“There’s a big difference between learning and performance,” Gurung continued. “We’ve got to do a better job of measuring learning” over the long term, as compared to the performance students can achieve by cramming for an exam, for example. Promising practices include focusing on common integrative themes in psychology and exposing students to different study techniques—and having them write essays about them (Brown-Kramer, 2021).

Looking to the future of SoTL, Gurung underscored the importance of integrating and learning from other disciplines. “We’ve got to take off the blinders,” he said, pointing to the model of Raechel Soicher, who received Oregon State University’s first PhD in applied cognition. “For all practical purposes, Dr. Soicher is probably the first SoTL PhD.”

Gurung also noted the importance of identifying bottlenecks in learning (see Gurung & Landrum, 2013)—essentially, difficult topics “where, if a student doesn’t get it, they don’t get anything that follows behind it.” Greater study of mediators (e.g., self-efficacy) and moderators of learning will be instructive, as well as more multisite research, he said. “Yes, something might work in our classroom, but will it work in any classroom? Why not? What are the limiting factors?” He and Kathleen Burns explored this in a study of the interaction between two well-known and efficient teaching strategies—retrieval practice and spacing—across nine different universities (Gurung & Burns, 2019).

Finally, Gurung called upon psychology instructors to avoid the “file drawer” problem, when well-designed research is never shared because it shows a null effect or has some other limitation that makes it seem unlikely to be published. Two options for publishing this research, and potentially inspiring more research on similar topics, are the “virtual file drawer” categories for submissions to both Teaching of Psychology and Scholarship of Teaching and Learning in Psychology. He also encouraged use of an Oregon State University project—which received initial funding from an APS Teaching Grant—that serves as a hub for pedagogical research. Available at hippr.oregonstate.edu, it connects researchers to potential collaborators, participant pools, and more.

“Work with others to get it done,” Gurung said. “It is exciting that so many of us from so many different areas—cognitive, social, educational, developmental, experimental psychologists—are getting together to study that common goal, teaching and learning.”

Boyer, E. (1990). Scholarship reconsidered: Priorities of the professoriate. Carnegie Foundation for the Advancement of Teaching.

James, W. (1899). Talks to teachers on psychology—and to students on some of life’s ideals. Metropolitan Books/Henry Holt and Company.

Scholars at the 2021 APS Virtual Convention set the table for a more welcoming and inclusive field.